A flashback seven years ago shows Alpha (played by Samantha Morton) and a young Lydia (played by Havana Blum) hiding among a group of walkers, but Lydia’s screams at watching a woman get devoured gives them away. They find shelter in a building and come across Beta (played by Ryan Hurst), after a tense standoff he allows them to stay the night.

Alpha and Lydia settle in for the night and Lydia declares she wants to be less scared and more like Alpha. Alpha is glad to hear it and makes it clear if Lydia doesn’t change, she will be left behind. In the present, Beta is concerned the communities will not be as afraid if they aren’t around to claim their territory. Beta takes two sisters to help herd walkers and it’s clear one (played by Thora Birch) is more loyal to the Whisperers and seems to almost regret having to care for her sister. Beta finds a group of walkers but as they lead them back the less devoted sister begins to cry. It’s shown she was the Whisperer who was forced by Alpha to give up her baby, her crying attracts a few walkers, but Beta kills them before the others are alerted. At the camp the girl is nearly executed until Alpha spares the girl and instead takes her somewhere private until the girl is cried out. While the girl says she won’t stray again another Whisperer says she also thinks of the communities and how safe it seemed and mentions going back before the conversation is cut off by the presence of Beta. 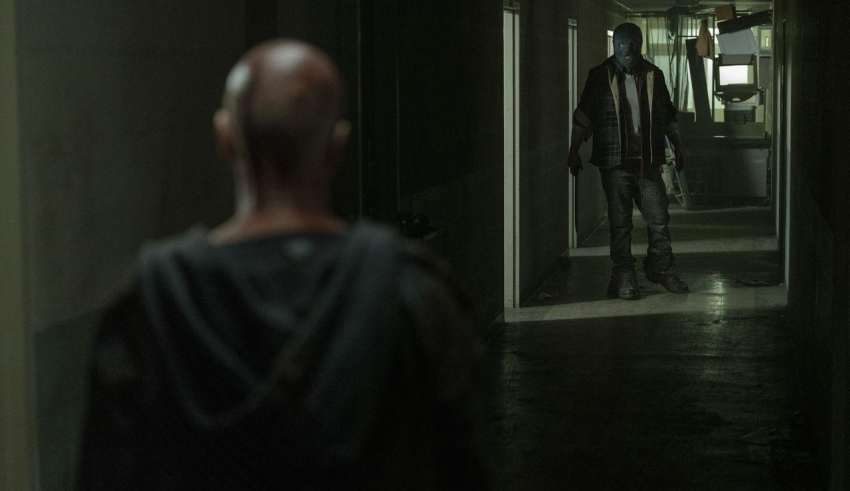 No room at the inn.

The backstory of how Alpha met Beta isn’t exactly meet-cute so much as meet-twisted, but I wouldn’t have it any other way. Her harsh treatment of Lydia makes it easier to see why the girl was eager to break free of her mother. But what made the episode great was getting an extensive look at life within the Whisperers camp. The woman forced to give up her child last season wasn’t someone I thought would ever be a featured character, she was just an extra featured back then. But her story and Alpha’s are very similar except where Alpha has seemingly written off Lydia, this woman can’t help grieving for her son (like any normal mother). It was enough that Alpha was willing to give her another chance, but the biggest development is some of the Whisperers wanting to defect and find a life in the communities. It’s clear some only live this way because they thought there was no other option; now that they seemingly have one Alpha will have to tighten her hold on her people.

Beta thinks Alpha should have killed her and is worried others will be attracted to the ‘fantasy’ the communities offer and says they must show the others their way of life is better. In the past, Alpha is nearly killed by a group of walkers when Beta steps in to help. Alpha skins the dead walkers and Beta becomes enthralled with Alpha being able to move among the dead. She says in this world they must live among the dead to live and that she doesn’t believe in people having names, they appear to be getting closer, but Beta becomes furious and tells her to leave at dawn. In the present the two sisters talk, and it’s revealed Alpha told them Lydia (played by Cassady McClincy) was killed and how they should follow her example and be strong. The next day the falling satellite distracts the walkers from their course, but the girl becomes distraught when she sees a walker with a baby carrier. She attacks Alpha but gets devoured by the surrounding walkers as her sister saves Alpha. The girl is given praise by Alpha who later anoints her with the name Gamma. 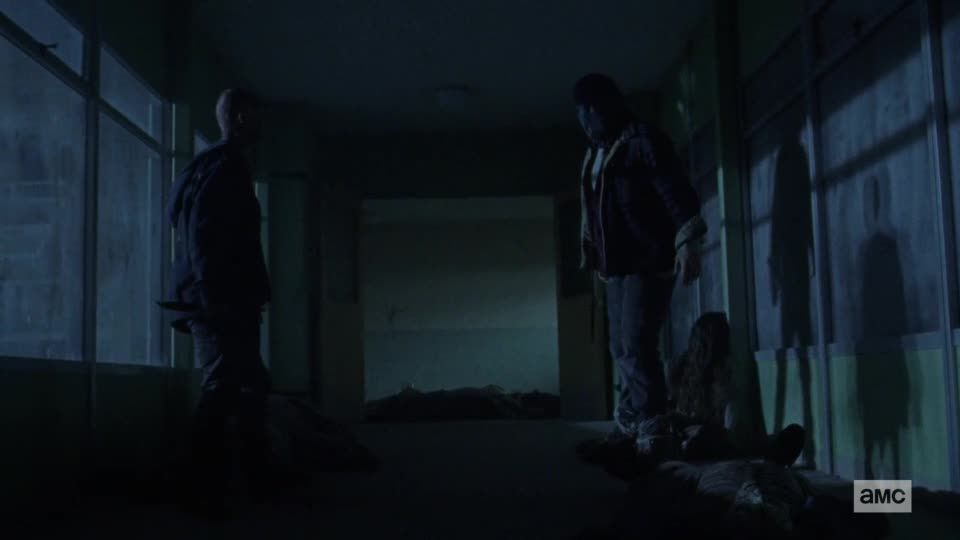 Become a member of club dead.

Alpha was cunning even before she had a loyal following; she clearly saw how valuable someone like Beta could be and immediately set out to entice and recruit him. He tries to maintain this ‘I don’t care about anything’ persona but he clearly loves Alpha, or at the very least has a fanatical devotion to her. But he won’t be happy that Alpha lied about Lydia; neither would anyone else, but Gamma may be especially pissed. Gamma clearly loved her sister but sacrificed her for Alpha based on the Whisperer tenants (and that Alpha did the same to her only daughter). Her new status of going from nameless to Gamma (third in command?) won’t seem like such a promotion after that. But regardless of that I think Gamma’s guilt will start to show sooner or later; her sister tried to bury her grief and it led to a psychotic break. These people try to live like the dead, but their humanity comes out every so often.

In the past, Beta nearly kills Alpha in a rage when she kills a walker who was someone he knew until Lydia calms him. Alpha tells Beta he was made for this world and tells him to walk with her; he doesn’t want to leave the man but takes his face to wear as the skin he wears. In present day, Beta finds Alpha with an old toy of Lydia’s and realizes she lied about killing Lydia and wants her back. Alpha tearfully states she couldn’t kill her own daughter and begs Beta not to tell the others, claiming Lydia is dead to her because she couldn’t be like her. When they realize the group crossed the border because of the satellite Alpha declares they will teach them a lesson.

Beta was already a formidable man but with a little guidance from Alpha he’s become a full-fledged sociopath. It’s interesting seeing the roles reversed in the present, Beta was able to let his past go and now must help Alpha do the same or risk the others losing their faith in her. Striking back against the communities both does that and eliminates the ‘fantasy’ life some of the others are dreaming of. The real question is whether Alpha can keep the others from discovering Lydia, despite all her grandstanding Alpha does love Lydia in her own twisted way. But she loves her status as the Alpha too and will have to make a choice between the two.

“Go on and try to kill us. But know two things; one, I do not die easily. Two, you must also kill my daughter because I will not leave this earth without her.”

Beta seemed a little jealous of Gamma; could be a sort of sibling rivalry brewing there.

I wonder what the other Whisperers will do to impress Alpha and earn the privilege of having a name again.