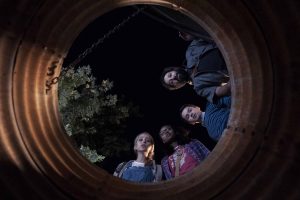 The decision to release Utopia when they did was very calculated, I’m sure, but ultimately, an unwise one. I don’t mean in terms of success, or revenue, or whatever financial else; I don’t have the insider knowledge to know if the show achieved its intended results. What I mean is that there may have been no worse time to release a show like this. Or, at the very least, no more an insensitive time.

Because, fair warning reader, Utopia may be upsetting for certain viewers. With recent events, a show about a disease killing children will be incredibly distressing. And that’s not even the only thing about Utopia gut-wrenching and gut-churning.

Utopia has on-screen torture. Slow, played-out torture. Episode two has a scene that was Handmaid’s Tale levels of uncomfortable. The show does not let you feel peaceful or calm. People die suddenly and horribly and without remorse by their murderers. 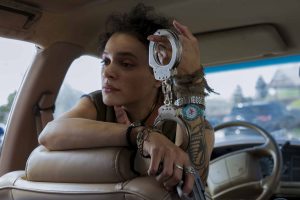 Utopia Is Quite Graphic And Will Make You Squirm

But okay, enough of that. What about the stuff being buried underneath all this? How is the actual show?

Well, it’s brilliantly written, incredibly engaging, and full of endearing characters (which only makes it more horrible when they die). Utopia is grabbing from moment one and then really gets going when our villain shows up. The story, while continuously feeling like it’s about to go into a generic thriller, is consistently and fascinatingly off-kilter. It’s the rare show that somehow explains a lot but then fails utterly to answer your questions. Most characters seem to know much more than what the audience knows and will not reveal anything unless it’s organic for them to do so. The plot and dialogue is well structured (barring a few things), and the pace keeps itself buoyant by moving from character to character and having a constant threat of germ warfare going along in the background. 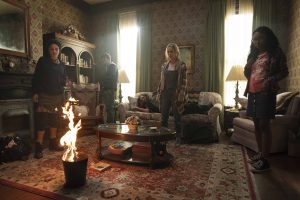 The Actors Do An Amazing Job and Salvage A Lot

And a lot of this works because of the strength of the acting. I cannot express how hauntingly amazing Christopher Denham is as our villain, how fun and enigmatic John Cusack plays a scientist, and how awesome it is to see Rainn Wilson (Dwight from The Office) starring in a serious role. Desmin Borges also deserves special mention: he kills it. He’s the first die-hard, tin-foil hat, conspiracy character I’ve ever seen who’s completely and utterly likable. Everyone pulls their a-game here, and it’s honestly kind of stunning.

So, is the takeaway that Utopia is just a good show underneath a lot of unneeded controversy baiting? Well, no. There are a few other aspects to it that are less than optimal. There are plot holes, and strange choices, and weird pontifications. The tone is also, as you may have guessed, a complete mess. Utopia flip-flops between too dark, too insensitive, and unnecessarily obtuse—and then turns back into a show that’s thoughtful, and exciting, and darkly fun. There are two interesting shows slammed together into something that will always alienate one half of its audience, if not more. I don’t regret seeing it, but if you are going to watch Utopia, understand just what you’re getting yourself into here. 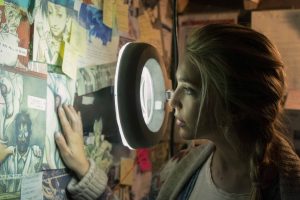