Henry (played by Andrew J. West) presents everyone with a newborn Lucy (played by Allison Fernandez) when Drizella/Ivy (played by Adelaide Kane) appears. She threatens to cast a curse but they turn her to stone with blood magic helped by Lady Tremaine/Victoria (played by Gabrielle Anwar). Eight years later Gothel (played by Emma Booth) arrives at Lucy’s birthday party with several witches and frees Drizella.

In the present Lucy is rushed to the hospital by Cinderella/Jacinda (played by Dania Ramirez). Rumpelstiltskin/Gold/Weaver (played by Robert Carlyle) is furious that Victoria tricked him into hurting Lucy but believes the revived Anastasia (played by Yael Yurman) may be the Guardian. In San Francisco Regina/Roni (played by Lana Parrilla) and Henry seek out her sister Zelena/The Wicked Witch (played by Rebecca Mader).

Zelena is cursed and while Henry goes to be with Lucy, Regina wakes up Zelena who reveals her curse persona ‘Kelly’ is getting married but she’s determined to help her family. Gold gives Anastasia a test that proves she has powers and asks her to help Lucy. In the past Regina visits a farm owned by Zelena and her daughter Robin (played by Tiera Skovbye) and Zelena reveals the witches are part of a coven who recently tried to recruit her. Wish Hook/Rogers (played by Colin O’Donoghue) asks Rumple for help and he offers something to help keep his relationship with Alice/Tilly (played by Rose Reynolds) intact when they lose their memories. 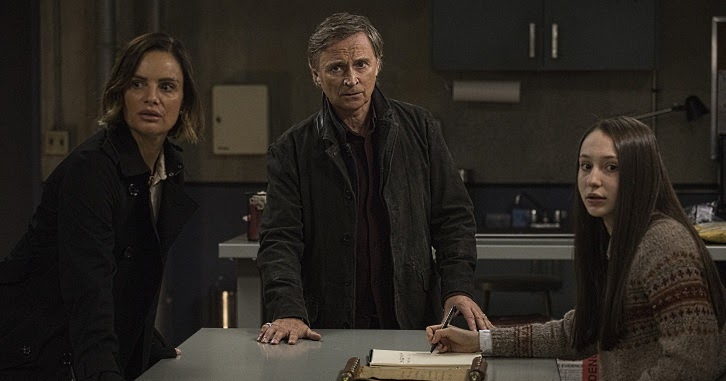 Magic tests are harder than the SAT’s.

With this episode most of the events of the first season have been recreated at least in part which means going forward we should see fresh storylines (in theory). That aside this episode propelled the narrative forward by tying together several storylines and reintroducing a fan favorite character. Zelena is always good for a one liner and has a great rapport with Regina so pairing them up is sure to bring fun and action in the second half of the season. But at some point someone has to address this thing where nobody ages; Robin is like 25 and Zelena stayed the same and yeah it’s nothing new but what’s the deal with that?

Going back to repeating storylines it’s amazing how often Gold is involved in family members suffering, it’s almost like a family tradition. But if Anastasia can save Lucy it’ll be a start to making things right and if she’s really the Guardian we can find out what makes her (and this storyline) so important.

In the past Henry enlists Tiger Lily (played by Sara Tomko) to create a magic wardrobe to send him and Lucy to the real world with their memories. That night Henry sends Lucy to the wardrobe alone as he fights off an attacking creature (a callback to the season six finale). Cinderella recognizes it as a diversion by Drizella and Gothel, Drizella plans to make Tremaine believe she cast the curse so she can work behind the scenes to take Anastasia from her and make her suffer.

Regina, Zelena and Cinderella lead an ambush and capture Drizella and Gothel but Drizella reveals they poisoned Henry, the only way to save him is to go to a land without magic forcing Regina to cast the curse with her blood. Rumple gives Alice the chipped cup to restore his memories and she’s visited by Robin; her girlfriend. Wish Hook also gives Cinderlla the magic he got from Rumple so she and Lucy won’t be separated. In the present, Anastasia panics and loses control of her magic when Gothel appears. She runs off and finds Drizella who ‘helps’ by giving her something to weaken her magic and takes Anastasia away. 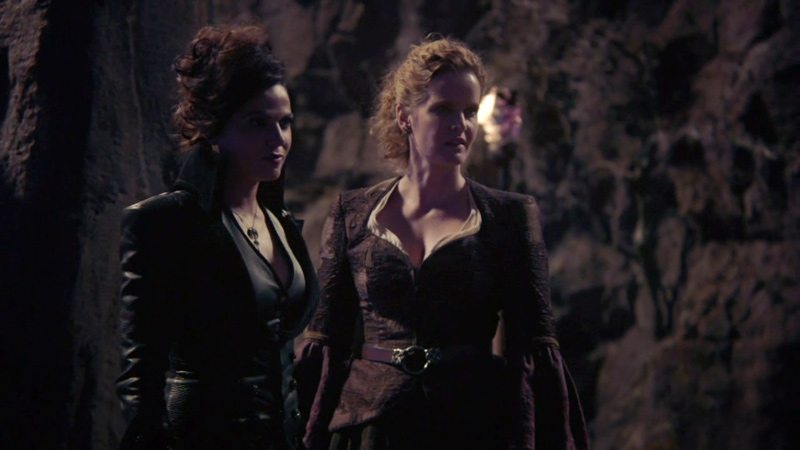 The witch is back.

The similarities to season one kept piling on as the episode continued, if I was taking shots every time I spotted one I’d have passed out. There were several relationships set up in this episode that will bring plenty of drama as the rest of the season unfolds. It was an ingenious plot Drizella came up with to force Regina to cast the curse, plus she’s the series resident expert on curses so who else would you want to do it? But it doesn’t make sense why Regina can’t break the curse; doing so would restore everyone’s memories and then Henry wouldn’t die because they’d still be in the real world. That’s a big plot hole that I would like to see explained, the worst case scenario I can see is Henry can’t go back to their home so they just make a new one in the real world. Drizella took sibling rivalry to a new level but this episode made it clear Gothel is the person everyone should be worried about. She’s set up to be a major antagonist down the line whereas Drizella will act as her puppet.

Henry reads an unconscious Lucy passage from his book and kisses her forehead but True Love’s kiss doesn’t work. Regina and Zelena prepare to head back and Regina realizes it didn’t work because Lucy lost her belief, and a tearful Regina realizes they have to break the curse; if they don’t Lucy dies and if they do Henry dies. Drizella takes Anastasia to Gothel to steal her magic, but Gothel double crosses Drizella by giving her magic to Anastasia, before trapping her in a well with Victoria.

Gothel leads Anastasia to the coven and reveals empty robes; they need to find the rest to complete the Coven of Eight. True Love’s kiss finally failed and now we get to see the heroes battle for Lucy’s survival. Things look grim for Henry but main characters on this show have been in situations where their deaths are imminent but they always come out unscathed. But with Drizella predictably betrayed and Gothel gaining power it’s sure to be a tough battle, and I wouldn’t have it any other way.

“On your darling child’s eight birthday, all your lives as you know them will end.” “You missed the part where we defeat you.”

Gothel’s putting a whole new spin on a witch hunt; chances are at least one has to be someone we’ve already met otherwise the reveals won’t be as dramatic and that’s not fun to watch.

“You betrayed me?” “Well, you should have listened to your mother.”

If there’s another season I hope they don’t loosely follow plot lines from past seasons as well, that’s just really lazy storytelling.