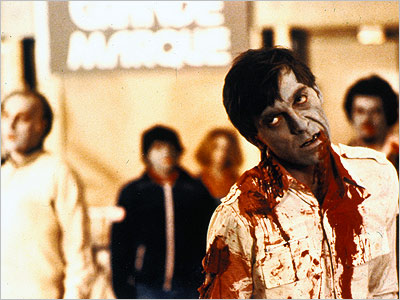 What’s better than spending some quality time with your undead friends on a boring night at home? The word “zombie” has been attributed to earlier forms of mysticism and witchcraft, most commonly associated with the Haitian Creole word zonbi that stood for animated corpses brought back to life. Nevertheless, the modernized definition as admired by contemporary culture leads us to our peeling, brain-eating living corpses and here are ten movies you should not neglect if you feel like the night’s right for the living dead.

The list would not be complete without having at least one movie made by the “godfather of all Zombies,” George Andrew Romero. If you have not seen Night of the Living Dead, then you are missing out on one of the most critically acclaimed zombie films to date. Aesthetically impressive with a decent tinge of gore and guts, this movie is a must-see for any horror fan out there.

An early 70s Spanish-Italian horror that deserves your attention, Let Sleeping Corpses Lie combines interesting plot twisters with a tinge of humor that leaves you wanting more. If you ignore this movie just because it wasn’t made in the USA, you’ll be missing out on an enticing and truly imaginative horror production.

So I have a soft spot for Romero’s work of arts. It’s incredibly difficult to cherry pick the ‘best’ Romero films since he never fails to give us creativity and substance. Dawn of the Dead definitely epitomized all that is zombies when it comes to making the ideal horror film and infuses excellent aesthetic appeal underneath a mass of bloodshed. 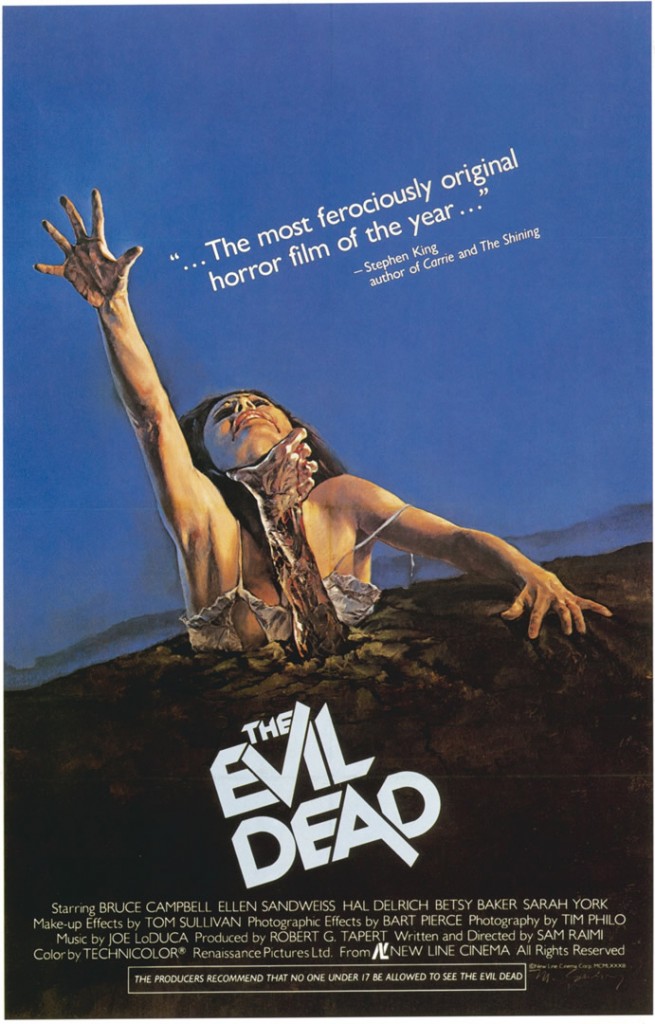 You can’t ever go wrong with Sam Raimi’s classic series-starter, The Evil Dead. Your typical isolated cabin scenario with a heart-pounding twist, there is no surprise that this film holds a 100% certified fresh rating on Rotten Tomatoes. Yet another must-see for anyone who considers themselves big fans of the horror/zombie genre.

The Italians may not have favored this film at first sight but there was so much more to Cemetery Man that won the hearts of many fans worldwide. Humorous with a creepy twist, the film sure convinced me that I would never consider a job as a cemetery caretaker.

Aesthetically pleasing with a good story line to boot, British zombie flick 28 Days Later has always been a personal favorite when the occasion calls for it. More of a disease outbreak phenomenon rather than our typical reanimated corpse scenario, there is no doubt that the movie still does justice in rejuvenating a branch of the zombie genre.

Hot Fuzz’s Simon Pegg never ceases to give his audiences a good laugh. Shaun of the Dead is the perfect blend of blood-spilling guts and comedy that deserves a mention in this list. Highly amusing even for non-horror fans, the flick demonstrates decent acting and production that doesn’t make it an all out cheesy misrepresentation.

The scene where a group of crazed zombies slowly ascend from water is still clear in my mind ever since I saw Land of the Dead. Yet another George A. Romero flick with generally positive reviews from top critics such as Roger Ebert, a zombie apocalypse never looked this creepy.

Hold those rotten eggs and tomatoes! Just because I have a Resident Evil flick in this list doesn’t mean that you shouldn’t read on. Although the film adaptations do no justice to the original Capcom game series, I found this sequel to be entertaining despite a lack of plot cohesion. The desolate world setting with the introduction of a new breed of violent zombies kept me from switching the television off despite the movie’s predictability, so if you are bored out of your mind this film could be a last resort.

Humor meets zombies in the perfect mash up as portrayed in Ruben Fleischer’s Zombieland. Now known as one of the most top-grossing zombie films to date in the United States, protagonist Jesse Eisenberg never fails to give us a good laugh in all his movies. The Bill Murray cameo sealed the deal for me when I first saw the film in theatres but always be sure to stick to Columbus’ rules of survival especially when there are undead killer clowns on the lose.

What groups of bloodthirsty undeads will make it onto your list?