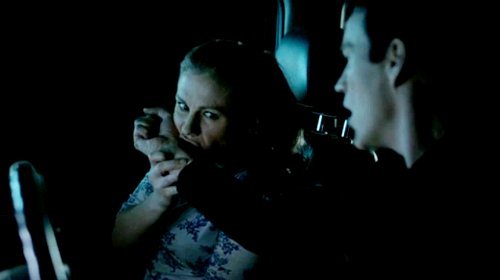 DAMN IT. I thought that I was so clever, we all did. Tara’s not dead, no way. They wouldn’t kill off Tara without even showing it, right? Pam just confirmed that Tara met her final end and I am so unhappy. It was said so early into the episode that I almost turned the television off and went to bed. There is something more to this, my spidey senses are tingling.

So apparently Bill can’t sense Sookie anymore due to his blood donation last season. Sookie gets right to it and has a sip, then sits in the woods to see if the infected vampires will try to eat her. She even gets offended when no one comes for her, further confirming that she’s just a regular old danger whore.

The whole town is armed to an extreme and ready to hunt down anything that isn’t human. Imagine that, bible thumping rednecks, ready to kill anything that’s different. This includes Mayor Sam, vampires, and werewolves.

When confronted by Andy and Jason, Hoyt’s mom (Maxine) shoots Jessica in the shoulder. This pisses off Violet, who rips out Maxine’s—I think—stomach. The townspeople scatter and run away like the cowards that they are.

When Sookie finally gets attacked by the infected vampires, everyone ambushes at once and Sookie is left covered in blood. I don’t understand why everyone is so concerned with Sookie becoming infected when Alcide has just torn a Hep vampire’s head off with his bare teeth. She’s washing off in the river and Alcide is SHOT, once in the shoulder and then right between the eyes!

With Tara and Alcide gone, we now know that absolutely no one is safe. Alcide was the only super attractive guy in the show, in my opinion. Let’s revel in his beauty one more time. 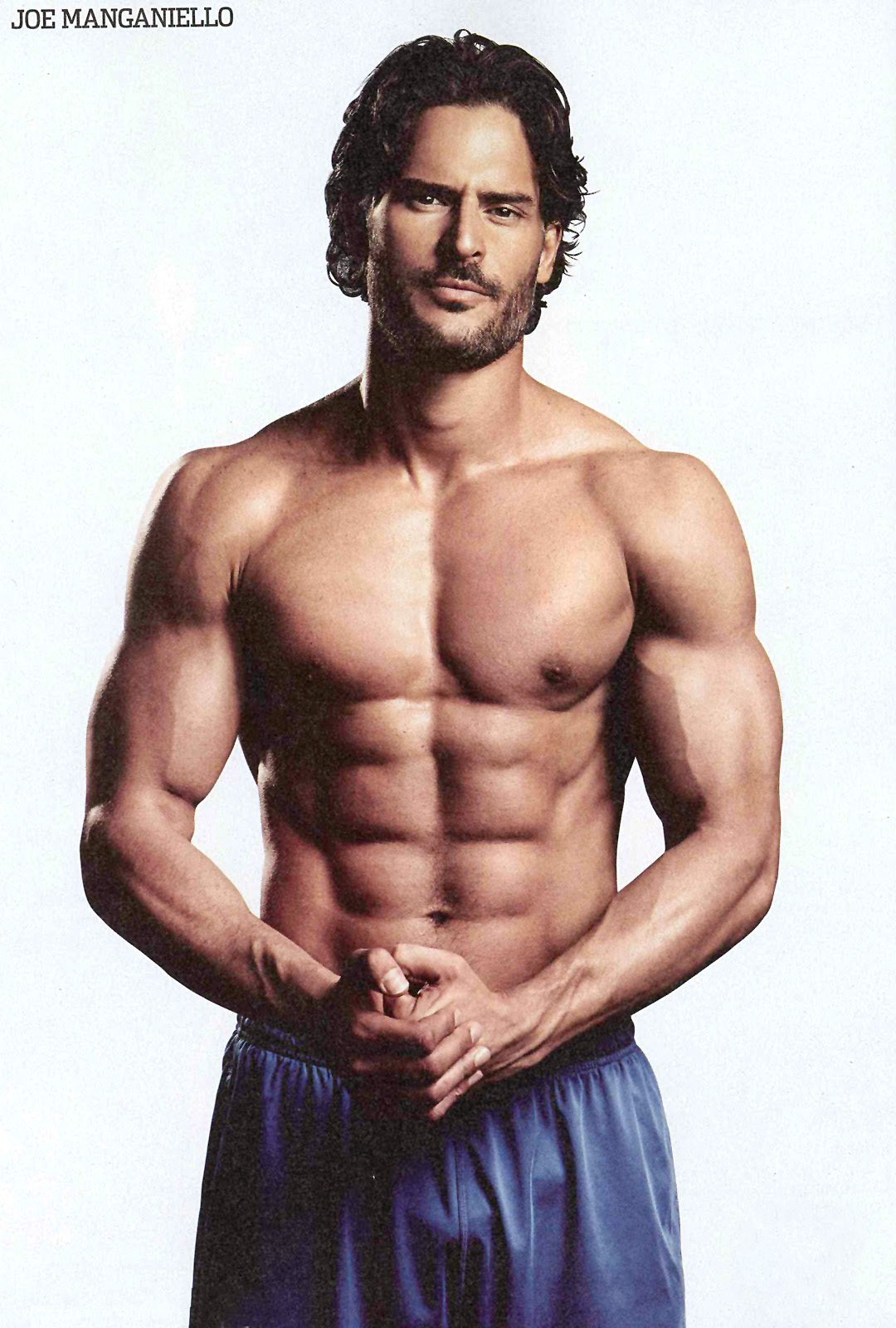 So James and Lafayette are growing closer while James and Jessica are having their issues. We’ve only seen them interact once this season, over the phone, where he urged her to eat and she refused. She isn’t healing and she’s being super self-righteous right now. We all know that Jessica’s restraint isn’t the strongest, so I’m prepared for an accident.

Finally, Pam pleads with Eric to fight for his life and it seems that he is completely lost to us. Then, Pam confesses that Sarah Newlin is still at large and Eric perks right up. Turns out the Japanese that created the Tru Blood (allowing vampires to go mainstream) are also looking for Sarah, and they won’t think twice about using murder to get to her. 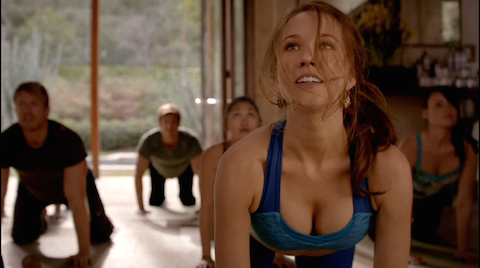 If you enjoyed Amanda’s review you can find the rest of her work right HERE on Sci-Fi Bloggers. You can also follow her on Twitter @ErukaMoseley.