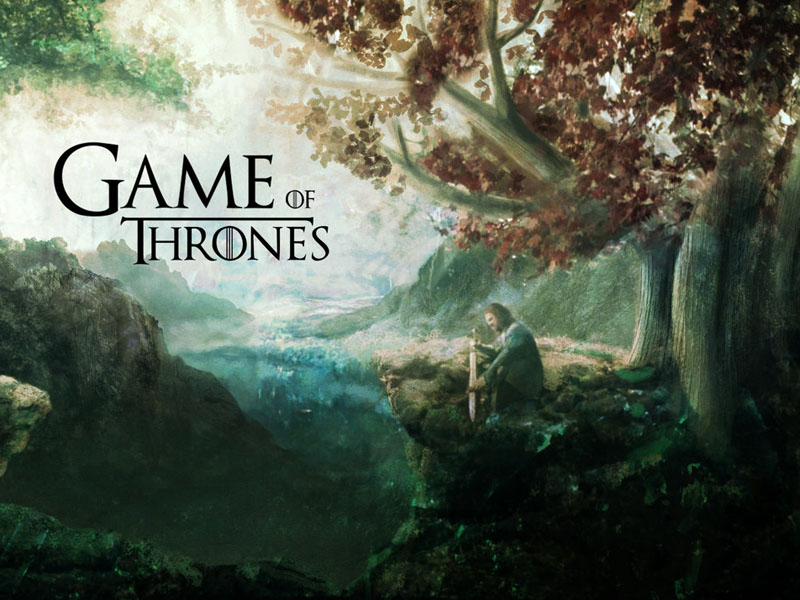 I never read the books. I started watching the show just before the third season came out. I wasn’t told anything about it beforehand. I wasn’t given all the hype. I just said, “Oh, here’s a show I could start watching on HBO Go.” And then I started watching it, and then I took a walk around my house after our dearest friend was beheaded, and then I leapt into the air cheering as the Mother of Dragons did exactly what I thought she would do, and then…

…there was this one other thing that almost made me stop watching the show altogether. But, the very next episode kept me going.

I have been trying to isolate for some time what it is that makes Game of Thrones so enjoyable. It’s not that it’s dark, I know that much. I have seen people fall in love with Game of Thrones who absolutely detest shows like Breaking Bad and American Horror Story, which are, in most respects, known for their darker qualities. It’s not it’s setting. The Middle Ages have been popular for some time, but rarely, outside of Tolkien, do we see works so popular and so beloved amongst us “commoners,” in relation to the period, that is. Ah, then it must be it’s style! No, it’s not that. Spartacus and Vikings had feelings similar to Game of Thrones, the latter attempting to copy the show almost entirely in it’s direction and storytelling. Well then, what is it? What could it be that makes everyone love this show so much? Ah, well, I could do the, for lack of a better word (or perhaps I’m just too lazy to find one), lame thing. I could tell you it’s all of those things, which would get me out of the hole I’ve dug for myself very easily, but I won’t do that, because then I’d be lying. Those things are all there, and we could, if we wanted to, say they assist the show. However, I would go so far as to argue that none of them matter, and that there are three things that makes this show resonate so well with people, the first being…

Yes, that’s the first one. However, I would reword it. To me, fear for the characters’ safety is only a part of the attribute of which I speak. In truth, it is the fact that George R.R. Martin, in the creation of the novels on which the show is based, loves to challenge consensus. Every episode of Game of Thrones brings us another story, another character, another idea that challenges consensus. Look at the religions of Westeros, its cultures its philosophies, the way in which magic is introduced, the way in which it is used. I was, at first, very put off by the possibility of characters being killed off without their story arcs completed. But, after a while, the thought grew on me, and I realized that the show benefited greatly from it. Why? Because it’s not doing what we think a show should do. It’s breaking our hearts in ways we always said “would not be okay.” It’s taking the lives of those we always said “could not be killed.” It’s making decent men out of those we always said “could not be redeemed.” It’s challenging consensus.

The second and third traits that have made Game of Thrones so well-received are very much interwoven. They should be differentiated, but they work together, especially in the context of the show. And, here they are:

There is never a point in Game of Thrones where we are told that the Lannisters are evil. This is why we are able to love Tyrion, hate Joffrey, and have mixed feelings about Jaime. There are no villains elected by the story. There are no heroes chosen be it either. The Brotherhood Without Banners isn’t necessarily one or the other, nor is the Spider, nor Stannis, nor the Wildlings, for that matter. It’s all up to the viewer, and that kind of participation can’t be found in many other stories.

The second trait should not be taken as a pun, for it is but a statement of fact. The show is a game with many players. Some win, some lose. Some form alliances, taking oaths to strengthen them. Some break those promises, paying hefty, hefty, hefty fines for doing so. Some prey on the weak, some help them. Some are only interested in protecting themselves, while others care almost exclusively for welfare of the Realm. Some realize that the game is a waste of time, a distraction from what really matters, fighting the White Walkers. Some don’t care about that, for they are convinced that such things are being taken care of by others. Already, you can probably see that this piece of Game of Thrones is indeed one of the key things that make it such a great show. Without this aspect, the intrigue of the story would not be nearly as (forgive me for this) intriguing as it is.

So, there you have it, the three things that make us, as viewers, love Game of Thrones the way we do. Oh, what’s that? You’d like me to squeeze in some stuff about the trailer right before the end? Well, after having viewed it multiple times now, I can safely say that the show appears to be keeping in with what has made it so successful. In fact, it blatantly states the second trait through Jorah Mormont’s words. So yeah, I’m excited. I just hope Sam has a good excuse for leaving that baby behind, and that Joffrey being loved by his people is handled well. Those two are the only things that concern me. Everything else looks pretty good.

Until next time, this is D. Alexander wishing you a happy Look Who’s Playing the Mountain Now Day.