Every once in a while (or very often) when watching a Sci-Fi movie on aliens invading the planet, it happens that we can find ourselves cheering for the invaders after the 20th scene of a super guy killing everyone or a hot sex bomb kissing a looser because “he is our savior!” (whatever…).

What I mean is: there are some films so horrible and stupid that we actually hope for the comforting aliens presence and we have to pray for our invaders to win and make the torture stop once for all.

Here the Top 5 list of movies in which aliens really deserved to win.

After forty minutes into a movie of idiotic dialogues, girls with big boobs and badass army guys that play soccer, we start looking at our watch thinking “When are the aliens coming?!”. Once the invaders battleships finally show up on earth, the disappointment is huge: the massive space machines are confronted by humans with actual normal battleship (as we can deduce from the suggestive title), and after the thirtieth time we hear someone say “Come on we can do this, Commander Hopper” we start wondering about one of the aliens ship putting an end on everyone’s life in a epic and moving blow up. The only thing more useless than this movie is the actual presence of Rhianna in it. 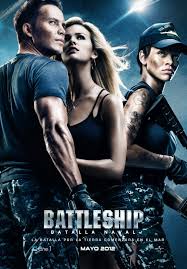 In Signs we discovered the sad-confused-thoughtful-stoned Mel Gibson’s expression, and we also discovered that he can wear it for a whole movie without changing it not even a second. While in the house a family drama is consumed with cryptic dialogues and a backstory that is basically asking you all over again “Are you crying now?!”, in the grain field a curious alien with a funny voice is practicing for the New York marathon, running all over the place. When the lonely creature gets into the house to get some water after training, the poor guy gets beat violently with a providential baseball bat. The best thing about this movie is its parody in Scary Movie 3.

In a movie in which aliens have finally brought some peace and logic in the world and humans are presented as warlike assholes, how can you not route for the invaders? If that wasn’t enough, the protagonist is this young girl that is supposed to seem brave and impulsive and emotional, but results just as a stupid teenager whom biggest concern is to prevent the alien that has taken over her to kiss her hot boyfriend. In the mean time this alien inside her has a crush on another sexy survivor (because, of course, when human kind is extinguishing, only the hottest ones survive). Basically, the movie is about learning how to have double dates when you are just in two.

In this particular case, aliens had to win for one simple reason: they were amazing! Those big-brained little creatures were not only killing human kind just because they were the incarnation of pure evil and sadism, but they were doing it laughing out loud with that cute ringing voices.  People instead are presented as stupid, vane and selfish; basically a very realistic movie. The only thing to blame here is the end, in which our little heroes get their brain blown up by a terrible country song; and in that precise moment a tear falls on our faces in front of the destruction of our dream.

From the very beginning is light clear who will be our favorites during the whole movie: the tripods. The protagonist is a not very believable Tom Cruise that from lazy father turns in one second into an efficient surviving machine, ready to carry all over the place his two not very nice (to use an euphemism) kids. Aliens arrive with a lighting storm to activate their killing machines and make human kind disappear one for all, and the first thing that comes into the mind of our hero is to prepare some peanut butter sandwiches; in the mean time all that Dakota Fanning is hired to do is screaming out loud with a noisy and ringing tone that after an hour is making you scream “Somebody put an end to this please!”

I’m sure that if aliens wanted to destroy our world, they had some very good reasons.