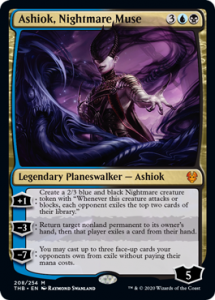 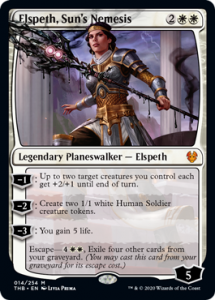 The new Ashiok and the new Elspeth are both really good, and people will soon learn of how brutal a deck that can use both Thought Erasure and Agonizing Remorse will be to most fun strategies. Additionally, there are new red and white board wipes in Theros on top of the already good Cry of the Carnarium, and so much spot-removal. Furthermore, Little Teferi is the most powerful 3-Mana Planeswalker, and he’s got his home here. The deck is going to basically build itself, be very expensive, and win a lot of games. 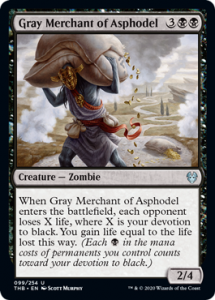 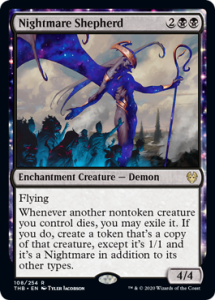 This deck already existed nearly in full, but now has Gray Merchant of Asphodel as an additional finisher. It’s almost worrying how good it’ll be. The cat deck, even in mono-black, always worked well enough, but it now has more disruption, more powerful removal, creatures like Nightmare Shepherd, and, again, always expect “Gary” to come down on turn five. Respect this deck, as it will likely become the best aggro build in Theros Standard. 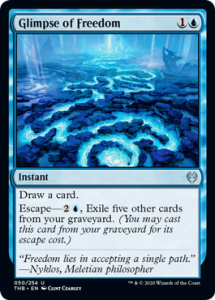 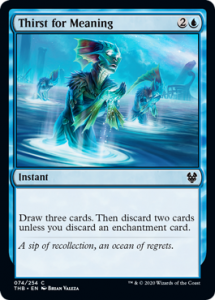 The Phoenix deck has a huge fandom—including me. There’s something just really satisfying about bringing back the birds and wrecking face with them. We have new draw spells in Thirst for Meaning and Glimpse of Freedom, which will help keep spell chains going and smooth over bad draws. Adventure cards count as spells as well; Bonecrusher and Brazen Borrower could see play here. It needs a clever pro to really get the right numbers—but I feel like it’s only a matter of time.

Dance of The Mance Still Exists 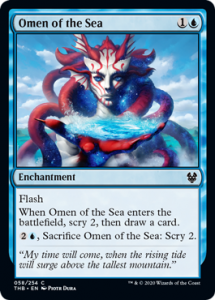 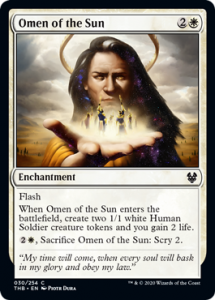 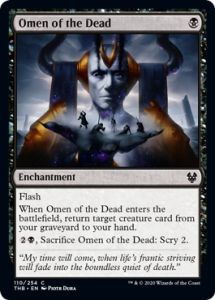 And, finally, a few cards that seemed to be planted in earlier sets: Dance of the Mance and All That Glitters. Though they don’t interact with each other, they both play extremely well in the Enchantment Creature set we’ve entered. Already, within the first few days, we’re seeing Bogles as a potential archetype. Maybe Esper Dance might have enough tools with the new Omen cards in their colors. 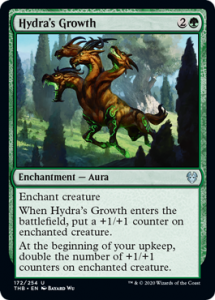 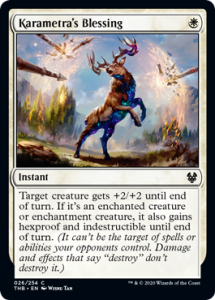 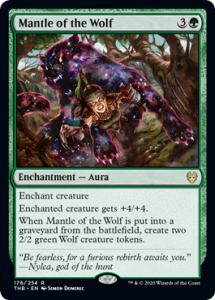 It’s always fun to see what happens when a new set comes out—and, with something like this, full of new big game-changing creatures, Gods, and both a new mechanic and answers to that mechanic, we are going to see some strange and wonderful decks fly around as people start to figure out what to do in this fascinating new meta.