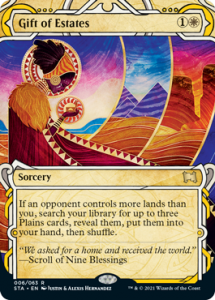 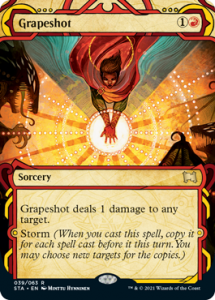 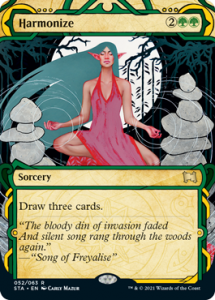 Introducing the Mystical Archive cards to Historic has led to a lot of new decks, new strategies, and even some revivals of old options like Arclight Phoenix. I think no one would argue against them being a cool idea.

But with that gushing comes a problem, and it’s a big one: the necessity of Mystical Archive cards. If you look at Historic meta decks (not including the now-banned Thassa’s Oracle/Tainted Pact combo), a good chunk of them live or die on the new Mystical cards. You need them to compete.

And that necessity will make Magic have a bigger barrier to entry. 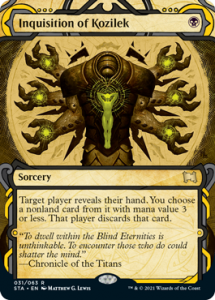 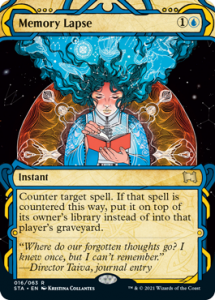 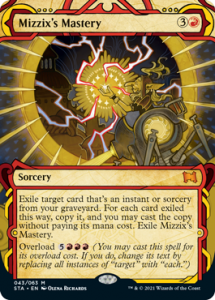 You Need So Many Wild Cards To Play Good Decks

The hurtle to build a deck on a budget is already a big deal in MTGA. Unlike Hearthstone’s dusting system, MTGA has a slow, clunky way of getting the rare wild cards to build a deck. If we can assume that someone earns a rare wild card every week just from the gold gained through quests—at about a rate of two packs a day—then we are looking at horrendous waiting times. As a constructed-only player, I can tell you how many rare wild cards it takes to build the mana bases alone.

But, dear reader, you could argue that’s old hat. People have been complaining for a while that they can end up with an absurd amount of common, uncommon, and even mythic wild cards sometimes, but are constantly running out of rares. What’s the big deal now? Why is this the line in the sand? 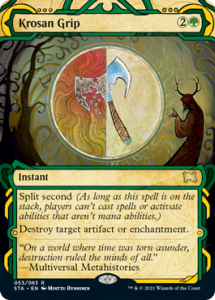 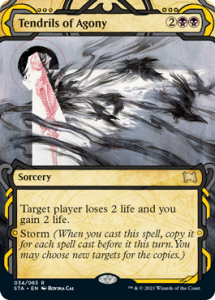 Well, it’s the upshifting, mostly. Memory Lapse, Inquisition of Kozilek, Regrow, are all cards that certain decks might want, but made harder to get a copy than they were in previous instances.

As a specific example, let’s take the new version of Arclight Phoenix. It’s one of the worst offenders. People who played the old version might have a lot of the pieces. Everyone’s got Opts and Shocks lying around, regardless of the art options. But the newest version needs twelve-ish rare wild cards. Four Brainstorm, four Faithless Looting, and—outside of the Mystical options—four Spirebluff Canal. 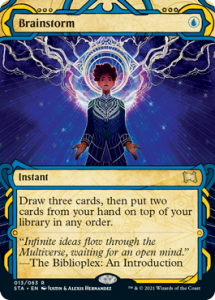 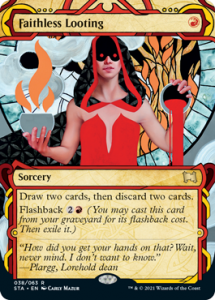 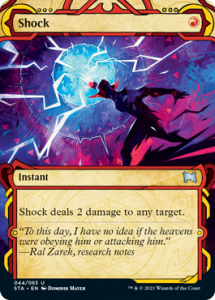 Not Enough Formats Use These Required Cards

But perhaps it doesn’t seem so bad. After all, the game is free, and normally decks with those cards cost a chunk to construct in paper. I would agree with you generally, but MTGA is made to satisfy old players and bring in new players. It would be different if you could “buy singles,” but people just coming into the game are massively disadvantaged. If you’ve been playing for a long time, you have a good backlog of Historic cards to pull from, but the new player is gatekept. They would have to pick a single deck that appealed, commit to grinding or paying real money for it, and then stay interested in one plan/strategy until they could branch into another strong deck. This is fine for someone with a solid plan going in, but those aren’t the people I’m arguing for here. 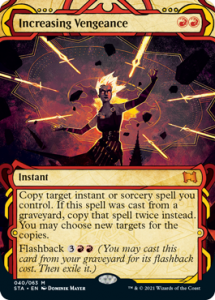 I don’t want to suggest that MTGA gives away tons of rare cards and wild cards right away, but something should be done. Something to make the introduction easier. Perhaps they could use something akin to the Event Deck model, where a player—after playing enough casual games—can earn a few meta decks, already built, with a good selection of the powerful stuff. That way they can learn, win some gold, and get a good feel for the more cutthroat play patterns. It’s likely good for the company, too, as it would encourage players to spend money on upgrades. Seeing the several-hundred-dollar wall of cards to buy will shut people down, not spurn them forward.

I don’t want Wizards to stop doing things like the Mystical Archive cards. However, the game needs to tailor something to the less privileged and the less experienced. If not, it will lose people that would otherwise have been diehard fans. 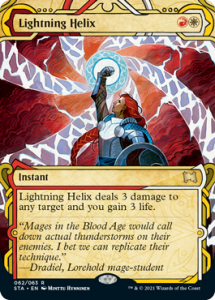 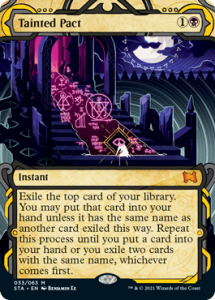