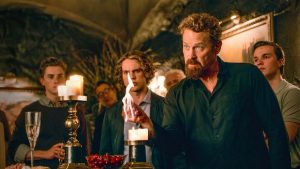 The Order Is A Slurry Of Other Shows

The Order wishes it was The Magicians. It would love to be Harry Potter—and I’m pretty sure it thinks that maybe we might enjoy a new helping of some Twilight werewolves.

What I’m getting at here is that it’s a show that’s an amalgamation of so many urban fantasy stories that it loses itself in its own inspirations. Sometimes I’m happy that newer shows just expect the viewer to be genre savvy, and not have to explain every little thing to the audience, but you can go too far the other way.

Not only does this show expect you to have seen previous ones, but it also expects you to just roll with things at a pace that’s blistering. Bordering on lazy, really. 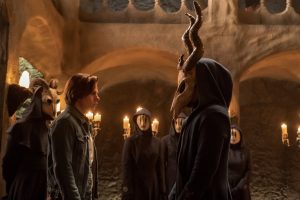 The Order Ain’t Got Time For Organic Pacing

Let me put it this way: the moment I knew I was never going to be on board with this show was when the main character finds out magic exists, sees it for himself, while also learning that werewolves are a real thing, and there’s not a scene of him freaking out, denying it as real, etc. Like, yes, as a nerd, if I found out magic existed in any form, I wouldn’t be shocked into denial for days on end or anything—but the character accepts it on a level that’s just cheating. Token conversations about how absurd real magic is—and that’s all there is to it. 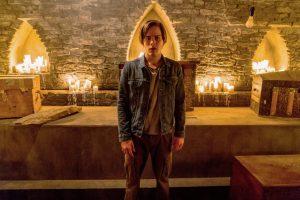 The Order Is Not In Order With Logic Sometimes

But I can’t hate it. There are too many moments of just plain old levity or campiness for me to really get angry at The Order. I could certainly see it as a guilty pleasure. Sure, the acting is hammy, the forced romantic tension was obvious from the very first moment the actress was on screen, and the show has a weird obsession with being way gorier than it needs to be, but, for some, it might have a weird watchability to it.

Like eating movie theater popcorn, it’s not “good” for you in the sense of being particularly nourishing. You could watch a better show—and probably should—but, hey, if you’ve got a cold or something and just need entertainment in-between long naps and eating soup, this will suit you well. 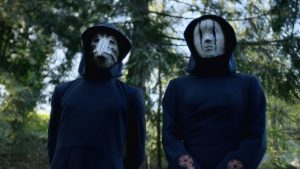