(IT’S ALMOST CHRISTMAS TIME! And, in honor of those of us that watch this movie every year–and in honor of this still amazing film–let’s talk about why it’s such a classic.) 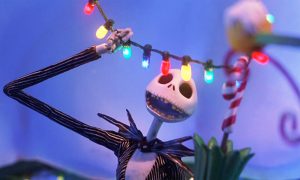 Walk into any store that sells tees for the young and the nerdy, and you are bound to see the skeleton mascot of The Nightmare Before Christmas. Jack Skellington has claimed a permanent place in pop culture and is perhaps one of the most well-known Christmas characters and Halloween characters.

But, why? Why did it take off as much as it did? This is obviously well-trodden ground for a topic—but I may as well throw my thoughts into the ring on the matter.

And, I think it’s a simple answer: the macabre. It’s one of the first holiday films to appeal to a person who enjoys dark media. It’s got all the flavor of Christmas but still gets across an edge that lent some seriousness and maturity to the usual fare. 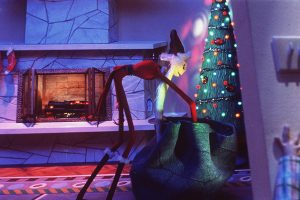 Sure, The Nightmare Before Christmas contains some amazing songs, characters, and the stop-motion is something that is still impressive even 25 years later. It had all the makings of a classic to begin with, but it still caught on with such a specific crowd.

And, I think that’s because of that grit, that edge. It’s a movie that assumed its target audience was a little twisted. The designs are not Disney—regardless of who owns the rights—and not something that’s supposed to look “pretty.” 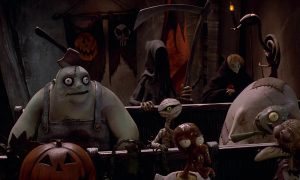 It’s about as gross and vile as a PG rating would allow. The lyrics in some of the songs, if you are a little kid who’s not used to darker media, are subversive and shocking. The visuals are horrific by design.

Need I remind you, reader, in case you haven’t seen it in a while, in The Nightmare Before Christmas, Santa Claus nearly dies.

Santa is nearly boiled alive as preparation to be eaten by hundreds of bugs in a bag. Father Christmas is only saved after a woman detaches her leg as a seduction attempt, and, when that fails, Jack dodges actual guns and blades. 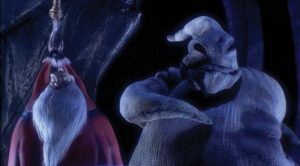 And this is made for kids. The intended audience is children.

Sure, mature or dark children’s media was and is not uncommon, but I don’t know of many others that took such a gnarly stance to everything it did.

And, really, if I’m going there, the plot—the core part of Jack Skellington’s journey in The Nightmare Before Christmas—is about existential boredom and listlessness. Jack is literally a being born, or created, or reanimated, or whatever, to scare people. And he’s tired of it. He’s sick of doing the same task for, I assume, centuries.

And he only finds fulfillment by deciding he’s going to try to change his ways within the system—and be more creative and driven. 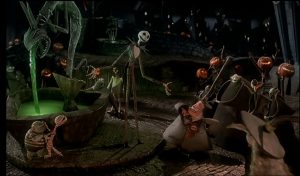 The plot literally says that he can’t escape—not really—from his given purpose. He’s just gilding his cage differently. Or, alternately, and less depressingly, he’s learning to appreciate what he already had all along. Represented by Sally, the girl who wants to be with him and he never noticed.

But, regardless of the interpretation, the fact the movie goes there with its plot is exactly correct to make it memorable. The Nightmare Before Christmas implies murder, death, and children being, at the very least, traumatized. And then there’s Lock, Shock, and Barrel (lord knows what happened to their parents and how long they’ve been in Halloween Town). It did what was needed. It offered a darker story that kids who didn’t want the usual gumdrop fair could latch onto. It treated them to not necessarily a good-versus-evil story, but one about personal identity.

And, it sat with kids—and changed them. Gave them an aesthetic that they could identify with—when not much else age-appropriate would.

And that makes it a classic worth watching every year. 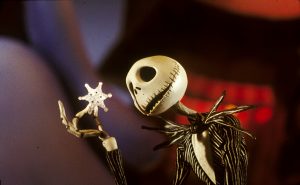