The Map of Tiny Perfect Things is one of the rare romantic comedies that not only functions well as such, but also is a wonderful and heartwarming science fiction story with a strong understanding of its premise.

This is the first time I’ve seen the time loop concept popularized by Groundhog’s Day leveraged for this much use. Here, it’s not only a fun way for the plot to happen, but it’s also an avenue for exploring grief, the human experience, and—naturally—romance. Sure, there are funny gags, and the characters are using the loop to do things they normally could not possibly do, but someone gave the concept a ton of thought. 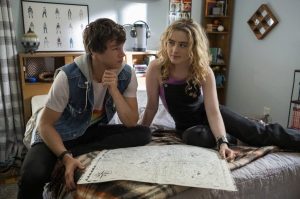 They also gave a ton of thought to the ultimate use of the trope visually. The opening scene is incredible, and not the only instance of this happening: a long-form tracking shot. With a flow and grace that must have taken so many tries, the characters navigate complicated situations and spaces like they are on a speed run in a video game. I cannot imagine the level of work it took for these scenes, but the movie instantly hooks you with how stylish it can be.

And then we get to see also how competent it is in other matters. The editing and pacing, in both emotional and breezy scenes, are so snappy and seamless that the plot glides along and never once drags. We are also made to experience the time loop as the characters might, with unknown and perhaps massive amounts of time “passing” between scenes. It lets us get into the heads of these characters—though it’s not the only way it does. This movie gets its protagonists. It does a good job of showing how being in an infinite time loop would affect someone’s mental state—emotionally, physically, and intellectually. We never confirm if they would still reset on death, but the way each character chooses to engage with their infinite time is so telling of their personalities. Bill Murray’s character may have eventually figured out productive uses for it, but both characters here seem to have a strong sense of what they “should” be doing. 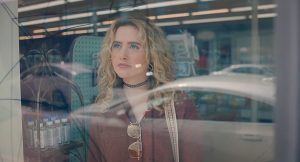 That’s not the only way they’re strong characters, either. Both Mark (Kyle Allen) and Margaret (Kathryn Newton) are performed wonderfully. Mark is an almost puppy-like do-gooder, but one who’s got a depth to him, and a solid character arc. While Margaret is the true star here. Sure, there’s a slight “manic pixie dream girl” vibe with her (and I think that choice and not making her the perspective character are both missteps), but she’s at least much more than that trope in practice. I can’t spoil some of her more defining moments, but she’s worth following as a character. It’s also worth mentioning—as one would hope—that they have good romantic and friendship chemistry. Their banter is snappy and their interactions playful. 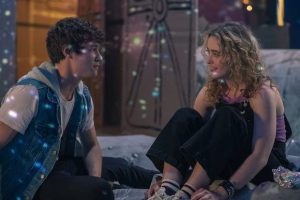 The Map of Tiny Perfect Things Has A Strong, Cute Romance, Though It Is Rather A Predictable One

Now, if I have any complaints, it’s the stuff baked into the genre—and some of its more predictable aspects. The Map of Tiny Perfect Things is a romantic comedy, and it cannot escape some intrinsic dampening of its sci-fi plot. For instance, though they try to make the time loop logical in-universe, its conclusion is an emotional one. This is, after all, a movie ultimately about love and precious moments.

And this would be a bigger problem if the emotional core was not so solid and resonant. The premise just bolsters it higher than it might have been. The movie will leave most people smiling.

The Map of Tiny Perfect Things is a joy and vastly entertaining, no matter your genre preferences. The editing is skillful, the acting solid, and the messages life-affirming. I’m not calling it the new Groundhog’s Day, but it’s a worthy continuation by proving just how much can still be done with such a simple, but fascinating premise. 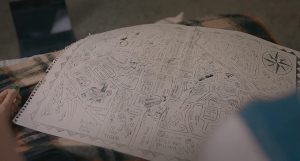