The first season of The Leftovers has been a confusing roller coaster of insanity. Going into the season finale, I was prepared to feel unsatisfied with the ending and pull my hair out waiting for season two. Instead, I was in total awe. 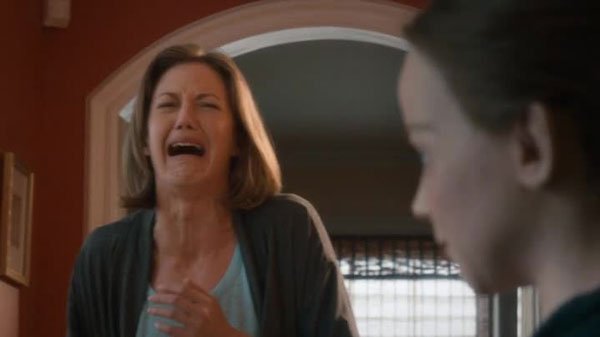 First of all, the GR definitely achieved their goal. They made the entire town remember, remember what they had lost, remember what they had all been trying so desperately to, in a sense, “get over.” Every block was thrown into utter chaos, and I loved the switch from burning buildings to the eerie calm that was Nora’s kitchen table.

So, Holy Wayne has finally reached his demise. Any thoughts on what Kevin wished for? I immediately thought that he wanted a happy family, and then boom, he got his daughter back (well, at least I’m sure her attitude will be different), the dog was tamed (Dean owes Kevin a dollar), and Nora found a baby on their doorstep, coincidentally Wayne’s baby.

One weird thing I caught: we know that a Holy Hug is supposed to help people who are grieving, but what if there’s a side effect? When the agent asked Kevin if Wayne made physical contact, I wondered if there was something we haven’t known or noticed about all the people that he’s “helped.”

What is to become of the GR next season? Laurie didn’t look too anxious to go back once she saw Tommy. Plus, she talked. What a badass moment! It was almost as though saying words physically hurt her. 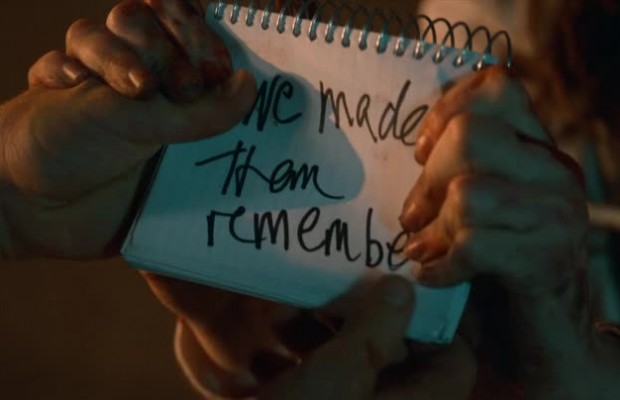 Before we end off, let’s talk about Kevin’s dream (vision?). I didn’t believe what was happening right in front of me, because Matt just doesn’t seem to be the guy to surprise his partner in crime with a trip to the psychiatric ward. And then Patti showed up, cigarette in hand, providing us some pretty strange banter between herself and Grandpa Garvey.

Turning around and actually seeing Patti standing there has apparently changed the game. Is Patti the one that Grandpa Garvey has been talking to this entire time? Or, since she just died, is she a new player in the game of talking to no one and looking like a schizophrenic? Patti said that they’re about to become traveling companions, so does that mean Kevin is about to have her voice in his head?

If Patti is actually on whatever side our Garvey men are on, what is Dean? I need to know. Who’s on what side? And what is the side? Is it something as simple at Christ vs. Anti-Christ and, if so, was Wayne the bad guy? What does that mean, raising his baby? I can’t even begin to hypothesize about next season. Are happier days upon us, or are the writers about to crush all of our characters’ hopes and dreams? I’d say the latter is definitely more likely.

Incidentally, who would have thought that our beloved preacher would be so helpful at burying a body? You think he’s done it before?