The Falcon and The Winter Soldier: A Rocky Start

The Falcon and The Winter Soldier has garnered quite a reaction online, and I’d heard snippets of opinions regarding the show’s first episode (which is all there is at time of writing). However, when I do these reviews, I try my best to make sure I go in as blind and unbiased as possible.

So, with that in mind, I didn’t have an issue with the show. I would not call it amazing; I would not call it particularly special, but it’s got good moments. The Captain America movies are mostly spy thrillers with some superpowers and fancy gadgets. Often, it’s not that different from if James Bond had stuff The Incredibles might use.

And this is a fine way to do things, as it allows for fun action. I’ll be breaking my review down into two chunks because of this: action scenes, and the interpersonal stuff.

For A Series Opener, It Has Not Got A Lot of Action

So, let’s start with the fighting. As usual, it’s wonderful. Marvel movies know how to set up engaging and interesting action set pieces and have awesome individual moments within them. This first episode is no different. I’ve seen plenty of dogfighting in movies where the walls are just as dangerous as the guns, but I’ve never seen it with the combatants in flight suits. The continuous motion between flying vehicles is an amazing way to introduce us to a superhero whose whole gimmick is flight.

Sadly, that’s almost the only action in the whole episode. Forty minutes of Marvel and we only get a taste. The rest deals with two personal dramas. One is kind of odd, and the other much more in lockstep with the subgenre.

Unfortunately, the less interesting one gets more screen time. This plotline of trying to fix up the family boat is a fine way to make Falcon a more relatable character—plus him being called “Uncle Sam” is clever—but it just feels so divorced from the rest of the show. It’s tonally in a different galaxy. Also, I realize they hand-wave it, but the idea an Avenger, even a lesser Avenger, cannot get money to fix a boat is almost immersion breaking. I understand if Falcon doesn’t want a handout—but the way he acts within the scenes doesn’t seem to suggest that. 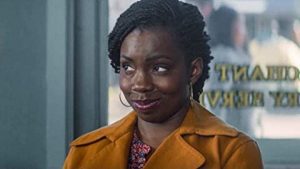 The Falcon and The Winter Soldier Has Plot Jumps

It’s just odd. Thankfully, it’s only half the pair. Bucky’s story is much more fitting. Seeing him try to make amends for what he did while brainwashed is engaging enough, but then they introduce his friend. I don’t want to spoil too much, but his relationship with Yori is some seriously heartbreaking and fascinating drama. It’s his story I think will get me to come back for a second episode.

The other curiosity worth tuning in for is how the title characters will mix. They both are defined by their connection to Captain America. The adjacent plotline of that legacy is where the show will become relevant to the larger canon.

It’s a little “wait and see” to find out if The Falcon and The Winter Soldier does more than just be action entertainment. That would be fine by itself—Marvel has few duds with a proven formula—but I’m eager for the potential. The pieces seem there, we just need good enough writing to slam it all together. 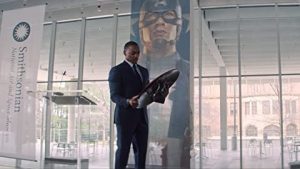