Tired of discussing the subtitle character of Captain America: The Winter Soldier? No problem. Because there’s a new superhero in this Captain America sequel and he’s definitely worth talking about instead. 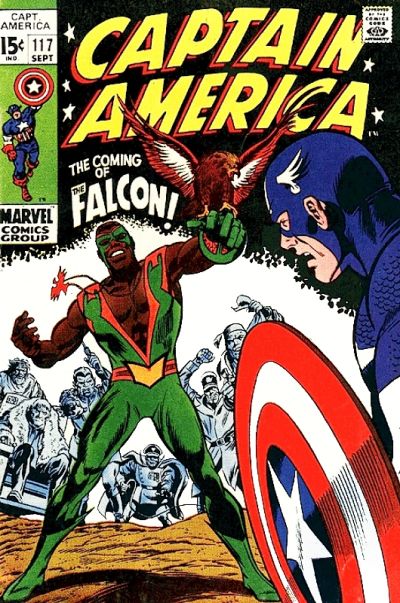 As you can see, Falcon’s gone through a few color scheme changes since the 60’s.