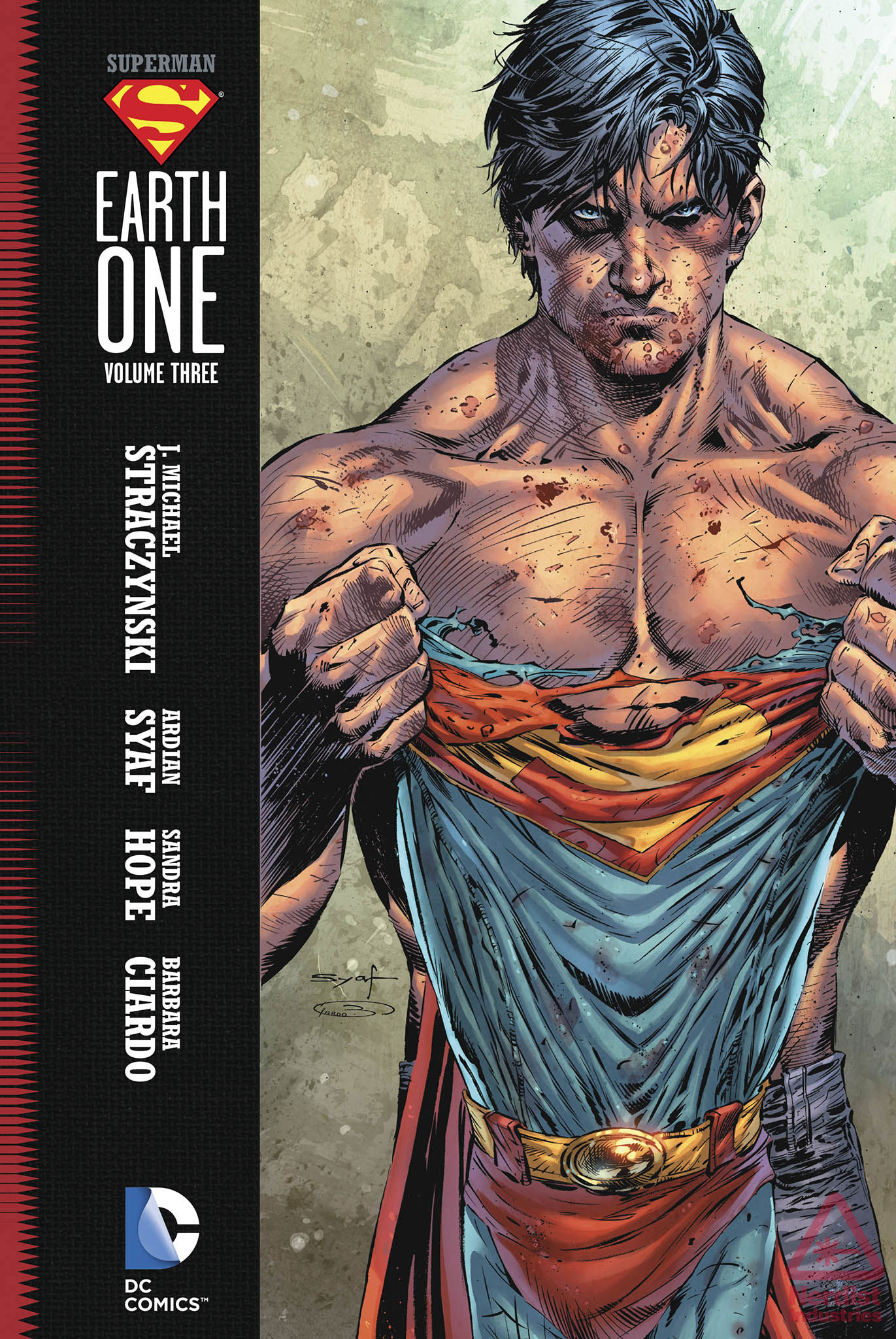 Save for a few exceptions, all Kryptonians are jerks. Give them superpowers and they become walking atrocities. Case in point: General Zod. Always the worst Krypton has to offer, Zod makes his Earth One debut in the third Superman: Earth One graphic novel. Only this time he’s Superman’s uncle. Yeah, I don’t believe it either.

Volume Three continues to deal with Volume Two’s fallout. Clark’s deposition of a foreign tyrant has world leaders walking on eggshells. If the super-powered god could overthrow one government in less than two minutes, who’s the say he won’t do the same to another? Who’s to say Superman won’t snap and decide to kill everyone? How exactly are they supposed to stop him?

Back in the Fortress of Solitude, Superman consults his ship’s historical database. Zod was the military leader in a global civil war. Zod sought Jor-El’s help, but Jor-El refused (not wanting to be dragged into the tyranny Zod seemed hell-bent to create). Betrayed, at least in his mind, Zod left for his pre-ordained victory.

Only the victory didn’t happen. He lost the war. Driven insane, Zod gave the Dheron people the weapons used to kill his own planet. If Zod can’t have Krypton, then nobody will. Yeah. Psychotic is too polite a term for this guy.

The Kryptonians battle again. This time, Zod dominates the fight due to his military training and disregard for causalities. With Superman distracted, scientists Lex and Alexandra Luthor hatch their plan. It works. Zod readies the final blow. The Man of Steel is going to die.

Now for the unexpected plot twist: Lex Luthor. Uncomfortable with the depths Alexandra is ready to sink to, Lex defects with a Kryptonian weapon. His sacrifice allows Alexandra to kill Zod, but she walks away emotionally traumatized. To her, Superman is “responsible” for Lex’s death. Somehow, someway, she’s going to make him pay.

I knew Zod’s endgame from page one. I mean, come on. Have you even read a Superman comic? But Lex Luthor’s conscience was a twist I didn’t see coming. Lex Luthor arriving to save the day? Lex Luthor saving Superman’s life? Impossible. Never going to happen. But if Lex Luthor, Superman’s original archnemesis, realizes how unethical he’s being, then maybe the world’s ready to realize they’re a part of the problem. Maybe humanity’s ready for Superman after all.

While trouble brews in the form of Hurricane Alexandra, Clark addresses the United Nations and re-affirms his vow to defend Earth without interference or favoritism. For now, things are finally looking up for the Man of Steel.

If you enjoyed Michael’s look into darkness, you can find the rest of his work right HERE on Sci-Fi Bloggers. You may also check out his personal blog over HERE.