If there wasn’t enough hype surrounding the resurrection of the Star Wars franchise, now audiences can look forward, or not, to two stand-alone spinoffs. 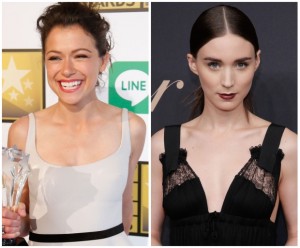 Maslany (left) and Mara lose out.

Now, there’s not much to know about the plot of either film. There are rumors that one film will be an origin story for Boba Fett, a young Han Solo, or at least characters revealed in J.J. Abrams’ upcoming Star Wars Episode VII: The Force Awakens, coming to theaters December 18th, 2015. Other whisperings say that the films will take place in the vast world George Lucas created, but won’t be crossover films. It’s hard to say anything at this point, but details of the film being directed by Godzilla’s Gareth Edwards should be coming soon since the film has cast its lead.

Edwards will be directing the movie due out in December 16th of 2016 and saw a number of actresses to potentially lead the film. Girl With the Dragon Tattoo’s Rooney Mara and Orphan Black’s Tatiana Mislay came thisclose to nabbing the part, but it eventually went to Felicity Jones, fresh off an Oscar nomination for her leading role in The Theory of Everything. The screenplay was originally in the hands of Gary Whitta (The Book of Eli, After Earth) but has since changed hands to Chris Weitz, who penned 2015’s Cinderella. 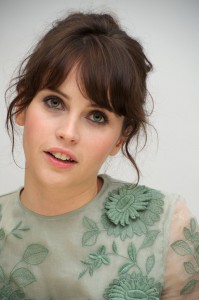 At the helm of the other is young director Josh Trank. Trank has previously directed Chronicle and was most recently behind the camera for 20th Century Fox’s Fantastic Four starring Miles Teller, Kate Mara, Michael B. Jordan and Jamie Bell. The film is expected to hit the big screen in May of 2018 and, as of now, will be written by Lawrence Kasdan, currently working on The Force Awakens, and Simon Kinberg, who is writing for X-Men: Apocalypse.

So, what have you heard? What story would you like to see?

If you enjoyed Carly’s jump to lightspeed, you can find the rest of her work right HERE on Sci-Fi Bloggers. You can also follow her on Twitter @MrsCarlyRodgers.