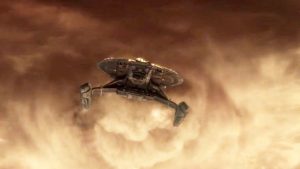 Is Discovery Deserving Of Its Negativity?

The infamy surrounding Star Trek: Discovery has been bouncing around my pop-culture perceptions for a long time. I was primed to think the show would be terrible. That it would betray Star Trek proper. But, as established, I’m not the biggest Star Trek expert. I have little in the way of preconceptions.

Now, I can see the validity of issues I recall being levied. The main character is trying to be Spock. She is, maybe, too capable of a hero to the detriment of stakes. But what I’ve learned in these few reviews is the beauty of Star Trek is more than its characters. Discovery has enough other things in it to be palatable. 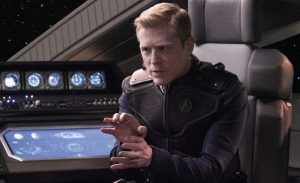 Discovery Does Have Stuff Going For It As A Show

Star Trek, for one, has a more unique approach to warfare and action scenes than, say, Star Wars. The battles are tactical, and, more importantly, slow. Neither combatant is often willing to just shoot. Discovery is a war story, and this aspect gets strong and engaging center focus. How Starfleet handles all-out war is and continues to be fascinating.

And then there’s the deep science fiction. The creativity of this future. I love the alien characters. I love the thought given to cultures. Saru, a Kelpien, is both splendidly acted and delightfully presented. It’s a nice touch to have a unique, visually different humanoid alien as a major character. 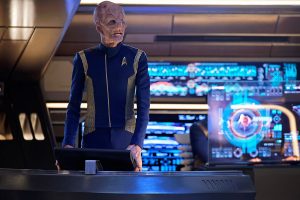 Discovery Is A Cool Science Fiction Show At Least

And then there’s the gimmick science explored in the first few episodes. I do not dare look online to see how people are taking “spore engines”—but I think they make for an interesting premise. It’s not something I’ve seen done—and that’s rare.

But, yes, the plot. We must deal with the plot. We’ve talked about our main character being subpar, but what of the major events of the story? Well, perhaps it is the first few episodes biasing me here, but it’s not an interesting setup. It’s all kind of cliché and even slapdash. The random horror elements in the third episode are just out of left field.

It’s a strange day when I must commend the side content but condemn the plot, especially outside a video game, but it’s always been Star Trek’s universe that makes the franchise immortal. Through Klingons, through Kelpiens, through Vulcans, and space travel and its assorted weirdness and wonderfulness, Discovery lets us in anew. It may not be as strongly acted as Picard, nor as full of unused potential as Lower Decks, but even middle of the road Star Trek is still compelling in its own way. 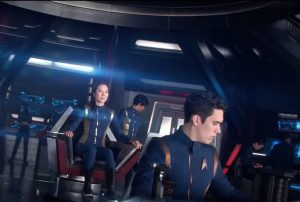