I’ll be honest, I’ve forgotten how old I was when I first heard of Will Wright’s dream game, Spore. I remember being very young, and very excited. I remember digging through the internet, trying to find every scrap of information I could about the game, watching the full hour long Leipzig demo over and over, a video that’s now nearly impossible to locate. I remember thinking it would basically be Walking With Dinosaurs the game, gradually bringing you through evolution, from a cell, to an aquatic animal, to a land creature, to a tribal chief, to the ruler of a nation, and, finally, an intergalactic conqueror. It sounded so epic every time I thought of it. It still does.

Every year, Spore was delayed, and every year I grew more skeptical of the changes being made. It seemed more kid friendly, less realistic than it was before. I learned that the aquatic life section had been removed so the game could be put out quicker. At first, I was thankful that the release would be sooner because of this change. In hindsight, I would’ve preferred more delays.

“Our view is that a product is late for a little while, but a product will suck forever.”

On release day, I went into my local GameStop (I think it was actually an EB Games at the time), picked up my copy of the Galactic Edition, and ran out of the store screaming, “YEEEEEESSSSSS!”

If only I knew. 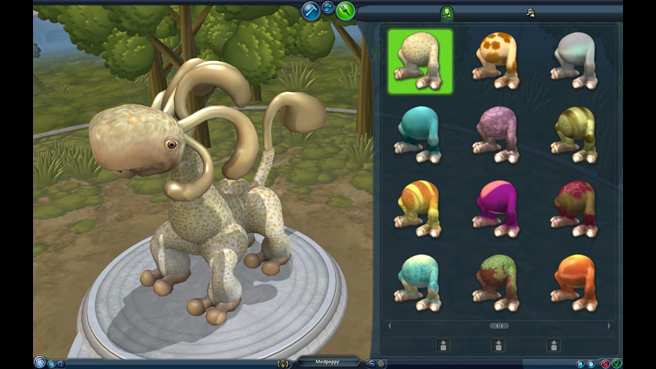 Let me just start by saying Spore isn’t a bad game. It’s a pretty good game with amazingly sophisticated technology behind it. I rank it at about a 6.5/10. It is, however, the single most disappointing game I’ve ever played. Sorry, Will Wright, if you’re reading this, but, for me, this is the truth. There are many pros, but the cons and the missed opportunities, mostly the latter, outweigh the good things too much.

The idea behind Spore is that you take a tiny organism up through all the various stages of evolution, all the way until the space age, where your goal is to thrive as an intergalactic empire. Developing something of this size and scope is a daunting task in and of itself, if one were only evolving humans. But in Spore, one is able to evolve any kind of creature. A lizard with mouths for hands? Sure, go for it. A bird with seven eyeballs and hoofs for feet? Knock yourself out. You’re free to make any kind of creature you want, and they’ll figure out how to walk, or fly, or crawl like a worm, or make funny poses, whatever. And see, that’s where the amazing technology comes in.

Spore comes up with the answers to any biological questions one might have about their creature on the fly. How does it eat? How does it fight? Does it do both with the same body part? How does it grab things? Well, with its hands, of course. What if it has none? It’ll use its mouth. What kind of sound does it make when it talks? Well, since it has a beak, it sounds like a bird. Can you see how this technology is more advanced than it appears at first glance? It was actually even more comprehensive before release, since there was, in fact, an aquatic stage in development that was being figured out. There was also the potential to create verbs. While eating an animal as a carnivore, one’s “hunger bar” didn’t simply fill up. Dining took time, and so one could move around while eating and the creature would, if the prey were light enough, figure out how to drag its meal, possibly into a tree as a leopard might. Had Will Wright and his team at Maxis not been rushed, this might have been in the game, among other things.

Spore’s technology worked with every facet of the game. You designed the buildings, the vehicles, the spaceships, everything. This was truly a “God game,” at least in theory. I actually remember watching The Making of Spore, which came with the Galactic Edition, while the game was installing. The whole family was watching it, going, “Wow, that’s amazing! I can’t believe they did that!” And then, I played it. 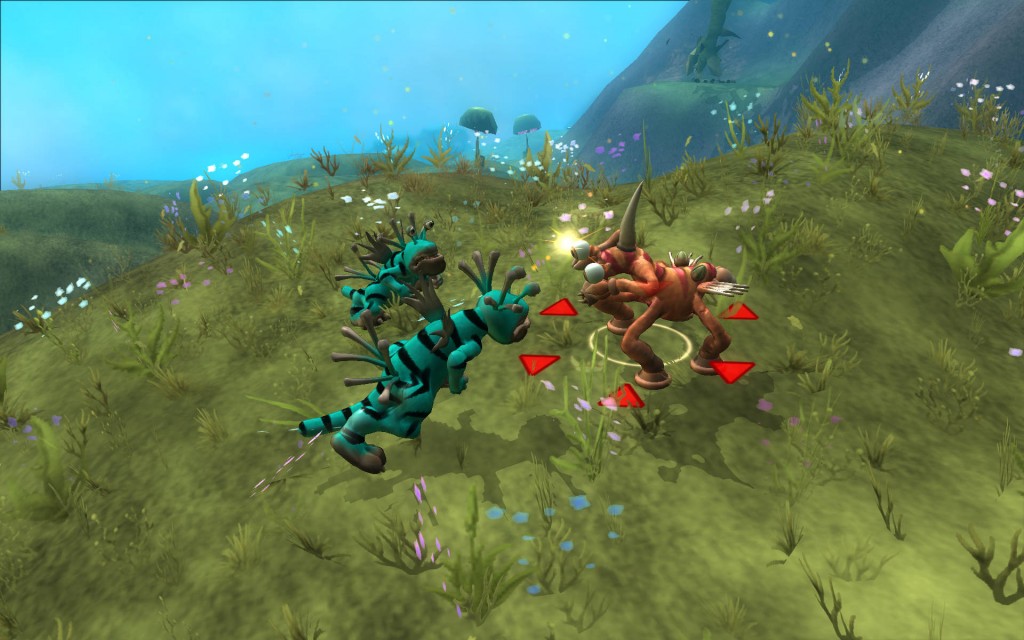 The primary flaw with the game is that it isn’t gradual. Even though I do feel that EA rushed the game to release, it sounded, from the many videos I watched, as though Will Wright intended for Spore to have stages that were separate from each other entirely, rather than the gradual progression of Maxis’ previous title such as The Sims and SimCity. This, in actual practice, was not the way to go. Gradual progression would’ve made Spore feel less like a checklist, and more like, well, evolution. And even in the “stages” format, it would’ve been nice if each level of evolution weren’t just a watered-down version of another, better game. Spore really just feels kind of dumbed down, like it was made for kids instead of the adults who patiently awaited its release year after year. I realize that I wasn’t an adult at the time of its release, but I shouldn’t have been Spore’s target market. That’s where I feel like EA stepped in. They were probably the ones who added the cartoon eyes, the smiley faces, the cute animal sounds, and the various spin-off titles.

There are other flaws to be found. The game feels far too in favor of carnivores and violence, rather than the peaceful route (which I wanted to take). It also doesn’t feel as big as it should. The planets all feel very much alike: hills here, odd plants there, a geyser here, a cliff there. The worlds just don’t feel huge. They feel about the size of your mini map in the corner, which they shouldn’t. And, also, the way in which creatures evolve just doesn’t feel realistic. You find bones lying in the dirt, and once you dig them up they give you new body parts. It doesn’t fell like evolution, it feels like item collection. This, once again, appears to be the fault of EA, but you never know. Will Wright could be the George Lucas of gaming, or a second Peter Molyneux. 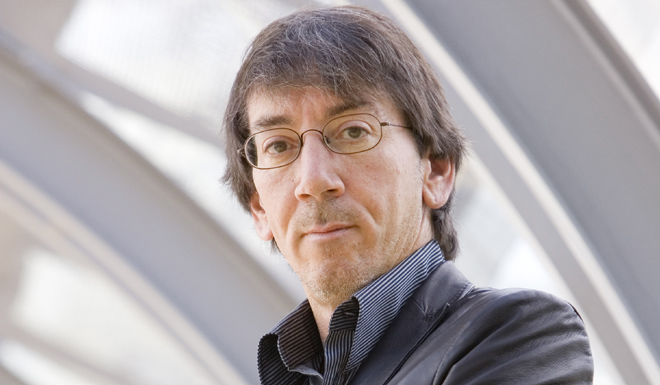 Yes, Spore has all these flaws, but, if they were addressed, if the game were made with the things above corrected in an artistic fashion, I feel that a Spore sequel could give us the game we wanted, or at least me the game I wanted. But EA won’t take that risk, so Maxis won’t be behind that game. It’ll have to be someone else, a new developer, one independent of big publishers, able to take its time, build its hype, and spend the fifteen years it would take to make Spore 2.

New developer, if you’re reading this, please find a way to make that game. And if you let me down, it’s okay. At least you tried. My name is Dylan Alexander. Leave a comment below if you’re the one I’m looking for, or if you just want to talk about Spore, the classic that could’ve been. 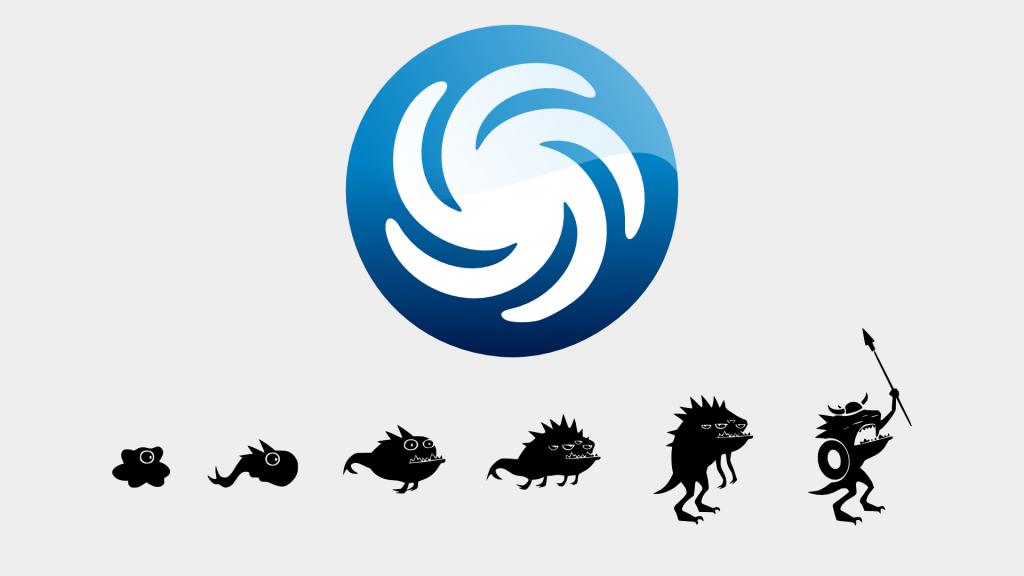