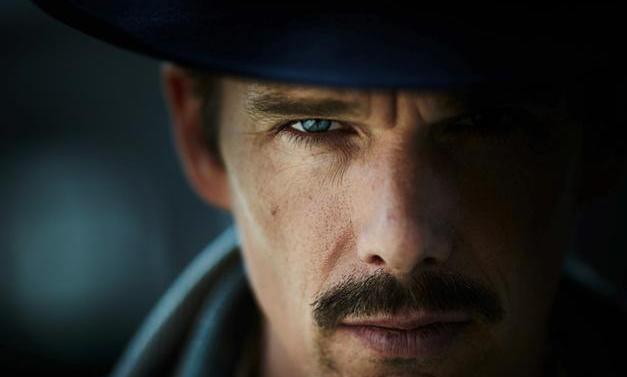 Written and directed by The Spierig Brothers (Michael and Peter), Predestination is fast-paced, haunting and visually stunning. The duo previously collaborated with lead actor Ethan Hawke on their film Daybreakers (2009), another sci-fi thriller worth a watch. The Spierig Brothers based the film on the short story “—All You Zombies—” by Robert A. Heinlein. I have never read the Heinlein story, so I was completely blown away by the plotline.

Ethan Hawke plays a Temporal Agent, traveling back in time to stop major crimes before they happen. On the brink of retirement, he must embark on one final mission: terminate the perpetrator of a domestic terror attack that kills ten thousand people in 1975. While keeping a low profile as a barkeep, the agent strikes up a conversation with a mysterious patron with quite the story to tell.

The movie explores (you guessed it) fate and whether it is possible to change your own destiny. Although it’s another journey into the world of time travel, this film feels fresh and inventive because of the creativity of the human story within this alternate universe.

Sarah Snook gives a mesmerizing performance that I hope will serve as the turning point in her career. She’s only been in a few movies but I believe it’s only a matter of time before we see her taking Hollywood by storm. Her character’s transformation is beautiful and heartbreaking, but only at the end of the movie does the depth of her tragedy truly sink in.

The film is unforgiving and incredibly frustrating but ultimately satisfying for anyone who enjoys a good thriller. Predestination is full of twists that manage to be shocking without cheapening the value of the film. It’s a movie that I’ll definitely need to give a second viewing in order to fully appreciate the cleverness of the writing. As with all time travel movies, I’m sure I’ll notice some plot holes and contradictions, but those will be inconsequential next to the inventive direction and stellar performances by the leads. Predestination is a delightful adaptation and I can’t wait to see what The Spierig Brothers do next.

If you enjoyed Marlo’s review, you can find the rest of her work right HERE on Sci-Fi Bloggers.