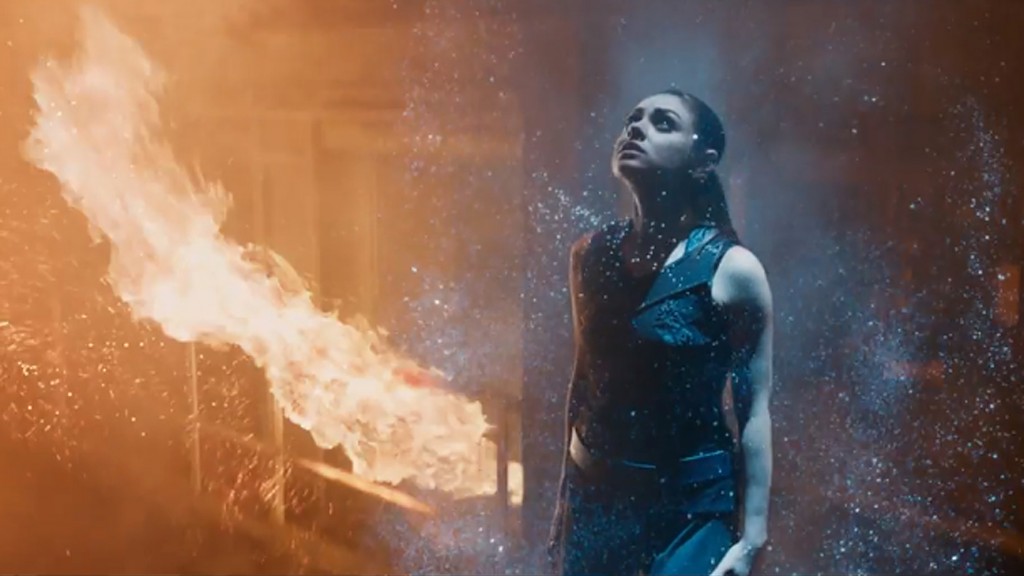 Written and directed by The Wachowskis.

Well, there goes two hours of my life I’ll never get back. Jupiter Ascending follows Jupiter Jones (Mila Kunis), an undocumented immigrant who works for her family’s maid service, as she discovers she is the reincarnation of a murdered galactic queen and the rightful owner of Earth. A wolf-human hybrid working as a bounty hunter (Channing Tatum) finds her and decides to protect her rather than deliver her to the space prince (Douglas Booth) who hired him. Several chase scenes and explosions later, the space prince’s more evil brother (Eddie Redmayne) threatens to kill her family if she doesn’t sign over the title to Earth.

The Wachowskis must have some dirt on several people in Hollywood because there is no way Tatum, Kunis, Redmayne and Bean all read that script and thought it was anything but a joke. This is some of the worst dialogue I’ve had the misfortune of hearing in my entire life. It’s as if they hired a sheltered 12-year-old who had only seen 1980s action movies to write the screenplay. Every other line had me gagging into my popcorn.

Because script doesn’t make room for the film’s talents, bad acting from usually decent stars is unavoidable here. After watching this movie, I think Redmayne’s Oscar nomination should be taken away. The entire film, he juts out his lips and speaks in the slow, pained whisper of someone wasting away on his deathbed. Well, that’s not entirely true. The last twenty minutes of the movie also features him screaming incoherently and sweating profusely. Tatum and Kunis have absolutely no chemistry and both carry a look on their faces that says they plan on firing their agents the second they walk off set. Sean Bean, bless his heart, actually manages to do some acting in the movie but also seems to be questioning the progression of his career. 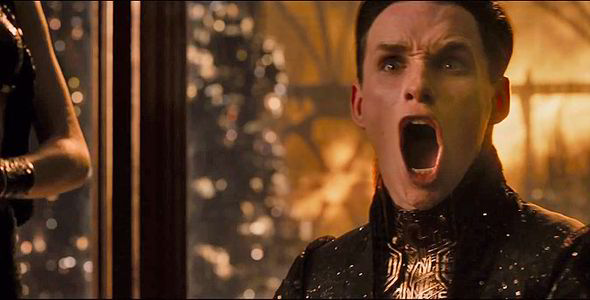 What earned a groan from everyone sitting around me in the theater was the contrived love story between Kunis and Tatum’s characters. Of course, two pretty people can’t be expected not to bat their eyelashes at each other, but the Wachowskis didn’t even bother to come up with an explanation for why they get together. The pair barely talks as they are constantly running from aliens trying to capture or murder them and when they do speak to one another it mostly consists of Tatum delivering convoluted exposition for the sake of the audience. Out of nowhere, Jupiter confesses to the wolf-man that she always falls for the wrong guy and makes a terrible joke about how much she likes dogs. You see? She likes dogs, so she’s in love with him! Did I mention he’s an ex-soldier who had his wings clipped because he bit someone even though he doesn’t have discernible fangs? This movie makes no sense whatsoever.

Yes, the visual effects were good. If you like your movies to consist primarily of explosions, you are in for a treat. Michael Bay has nothing on the Wachowskis. The film also has several fight scenes featuring Tatum. Where is Kunis during these scenes? Running away. This damsel in distress is really good at running away and hiding while whimpering and gasping. Jupiter Jones makes Sleeping Beauty look like a relatable feminist heroine. These one-dimensional characters are impossible to root for. I found myself hoping that the movie would end with said damsel and her elf-eared knight dying in one of the gratuitous explosions because then the movie would almost have been worth sitting through. I take that back. Nothing would make this movie worth sitting through.

Although it is hardly the first reason I’d give not to see this movie, I have to mention the shockingly bad costumes and makeup. For some reason, Tatum’s facial hair is spray-painted a yellow-blonde although it does nothing to contribute to the character. Most of the costumes look like rejected designs for The Hunger Games that the costumer fished out of the dumpster. One of the costumes Kunis wears indeed looks very similar to a trash bag. There’s no consistency or organization to the design and even the best-looking pieces don’t make sense in the context they are presented. Even more difficult to ignore are the terrible wigs. It’s one thing to have visible extras wearing lopsided, ill-fitting wigs. It’s another to have your lead actress in hairpieces that don’t even remotely match her natural hair color. 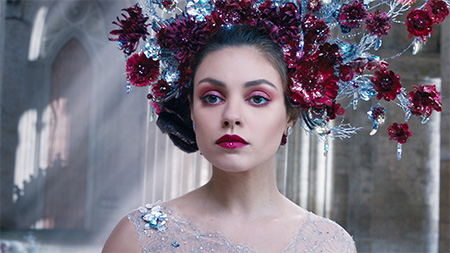 Poorly edited and rife with continuity errors and plot holes, I would be shocked if another movie manages to top Jupiter Ascending for worst film of the year. It’s sad because, even though it looked campy, I honestly thought this space opera would be fun to watch. I was wrong. It’s Movie 43, Gigli, and Norbit bad. I honestly cannot stress just how unbelievably terrible this movie was. I implore you to see anything else instead of Jupiter Ascending. I took one for the team and saw it so you didn’t have to. It’s for the good of humanity that as few people as possible watch this lazy, expensive piece of asinine garbage.