Before I get around to Alien: Resurrection…

Looking back on my review of Man of Steel, I realize I made an unfortunate error. It’s an error of hindsight,  to be sure, but an error nonetheless. In that review, I referred to Zack Snyder’s brawny take on the character as the second best Superman film yet made behind Richard Donner’s Superman: The Movie. I’ve come to realize it doesn’t hold a candle to the surprisingly wonderful Superman Returns.

I say surprising because Superman Returns is a film I saw only once in the theater and remember instantly disliking. At age fourteen, I was expecting something along the lines of Batman Begins, but was left rolling my eyes at what unfolded on screen instead. I was bored. So bored that I was never compelled to revisit the film. I even received a blu-ray copy of it for Christmas one year and never bothered to sit down and watch it again. Until recently, that is. Upon doing so, not only do I concede that my initial feelings on this film were wrong, but I’ll even go as far as to say that this is, in fact, the superior Superman film.

For those who don’t remember, the premise of the film revolves around Superman (Brandon Routh) leaving Earth when astronomers discover some remains of his home planet in the far reaches of space. Five years later, Superman comes back to a world that is more or less unclear as to where he fits. People still like him, sure, but he feels more like an outsider than ever. Meanwhile, Lex Luthor (Kevin Spacey) plans to use crystals stolen from the Fortress of Solitude to once again create land at the expense of humanity.

Everyone involved does a remarkable job of paying homage to the past while leaving an impression on their respective roles in the process. Brandon Routh looks eerily similar to Chritopher Reeve while playing down the bumbling nature of Clark Kent, as if Superman himself isn’t quite sure how to be that person anymore. Kevin Spacey is less jokey, more sinister than Gene Hackman in the role of Lex Luthor. Kate Bosworth is actually pretty good in her own interpretation of Lois Lane despite the flack she got for her performance. The scrappy reporter as played by Margot Kidder is gone in favor of a woman who’s more guarded and even a little bitter. The composer, John Ottman, brings back John Williams’ old theme but infuses the soundtrack with a romantic wistfulness in key sections. Stuffing the film with Superman iconography, dazzling special effects and often breathtaking imagery, the filmmakers are responsible for a Superman movie that feels both larger than life and as intimate as possible. All this is brought into center by director Bryan Singer, who consistently proves himself a fantastic adapter of comic book properties to the big screen. 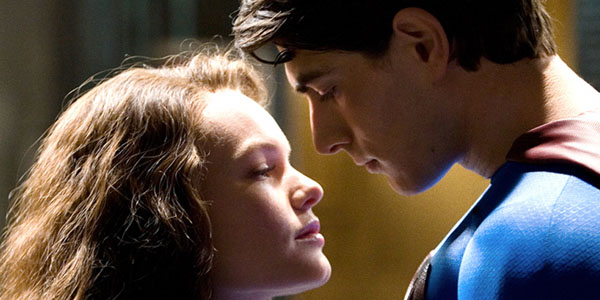 There’s an interesting sense that the hero and villain are desperately grasping at straws throughout the entire film in a hollow attempt of recapturing former glory. Superman begins the movie concerned that, after finding zero evidence of Kryptonian life elsewhere, he is truly alone. He has some expectation that he might be able patch things up with Lois Lane and get their relationship back on track. However, not only is she engaged to be married with a surprisingly all-around good guy named Richard (James Marsden), but she also has a son and won a Pulitzer Prize for writing an article about “Why the World Doesn’t Need Superman.” When he flies her around town, echoing a similar scene in Superman: The Movie, it doesn’t send the sparks flying in the same manner as it did before, and she ultimately rebuffs a recoupling. Superman will have to live with the reality of his decision.

Lex Luthor is a free man when the due process involved with being apprehended by an extra-terrestrial demigod proves in his favor. He’s been reduced to seducing and marrying wealthy older women so he can collect the fat check that comes with the estate once they die. After we see such a scheme run its course at the beginning of the film, he cooks up another attempt at world domination. As implied above, it’s more than a little similar to the one he put into action in Superman: The Movie. 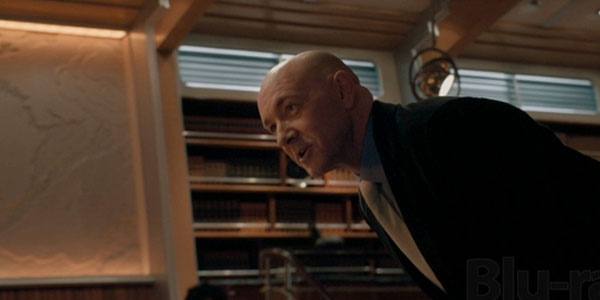 Out of the three principal characters, the only one who seemingly wants to put the past behind them is Lois Lane. The last thing she wants to do is allow Superman back into her life. This becomes impossible for her once she discovers that Superman is actually the father of her son, and not her fiancé. The film ends with her more or less accepting Superman’s return in her life, maybe not as a lover but as someone she can trust again. If Superman and Lex Luthor epitomize the need to move forward, Lois Lane comes to the realization that we also can’t let go of the past so easily.

The fact that they give Superman a son in this movie does not bother me in the slightest. In fact, it’s a rather moving way of resolving Superman’s primary dilemma in this film. He’s searching for a connection in the hopes that he won’t have to feel so alone in the universe. After selflessly removing the island of rock Lex Luthor creates with the Kryptonian crystals, he has more or less severed his connection to that dead world and is now able to embrace a real connection to humanity through his son.

The fact that Superman comes back after a five year absence in this film, released in 2006, is also interesting. If the film is taking place contemporaneously, which it appears to be when characters are seen using their cell phones, Superman’s departure more or less coincides with the timing of 9/11. The film doesn’t mention the tragic event, but it’s a fascinating concept to ponder just what kind of place a quaint, all-American icon like Superman has in our own cultural climate, where our frail innocence has long been shattered. In a movie whose main protagonist and antagonist are grasping at straws to get back to what makes sense to them, it feels very prescient that it was released at a time when any sense of American glory felt in short-supply or gone entirely.

Superman Returns constantly dances around the subject of whether it is a sequel to the first two Christopher Reeve films or not. While this may prove confusing early on, the movie is quite simply a pastiche of the iconography present in all of Superman lore that marries past incarnations of the character with what he needs to be in order to flourish again in a contemporary context. It’s ironic to that end that the movie wasn’t successful enough to warrant a sequel, which was, coincidentally, going to be called Man of Steel. That being said, it works as a stand alone film, yet one not entirely independent of Richard Donner’s original and its sequel. It’s reliant on them just enough to make a statement on the character as well as the culture that spawned him, commenting on how much things have changed and what shouldn’t get lost in the process.