What: Paul Atreides, the son of Duke Leto Atreides and Lady Jessica (who has magical powers), travels to the planet Arrakis with his father. While there, his family is attacked by House Harkonnen (with the permission of the Emperor) and he and his mother flee to the desert. They are adopted into the local people, known as Fremen, and Paul discovers that he may be the savior the universe has been waiting for.

Where: Filmed in the desert around Mexico City and in the Churubusco Studio, the film itself includes a whopping four planets, multiple locations on those planets, space travel, and spice-induced neither regions of the mind. I hope someone gave the SFX team a cake or something.

When: With the production process starting in about 1981, the work on Dune was the third attempt to adapt the 1965 sci-fi novel by Frank Herbert into a major motion picture. David Lynch was amenable to the project (as one would hope), but apparently he and the production company didn’t always see eye-to-eye. The final product was one with which he was not publicly pleased, and unfortunately it didn’t do well financially either.

Why You Should Watch It: Let’s just say this films gets a lot of credit for trying. Anthony Masters (2001: A Space Odyssey, Papillon) was the Production Designer and he did a fabulous job. Dune deals with some crazy elements: all sorts of tech we don’t know, multiple people groups, glowing blue eyes, and humongous worms that burrow in the sand. All things considered, the staff on the film acquitted themselves well. 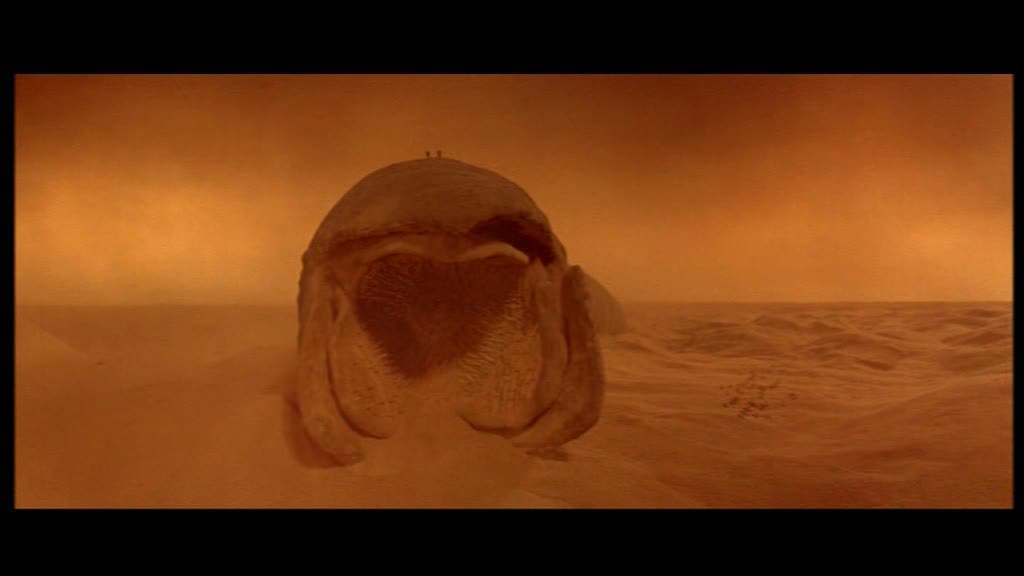 Actually just the concept is terrifying, good SFX or not.

Why You Could Maybe Skip It: That being said, it’s quite a confusing story, and is very much a sci-fi epic that has been, to its detriment, shortened to two hours ten minutes. Why did we have to see Sting in a Namor-like armor speedo and yet skip about two years of Paul living with the Fremen? If you have read the book recently (four years ago wasn’t cutting it for yours truly), then you’ll know exactly what’s going on. If not, you may want to have Wikipedia at the ready. And while the SFX were good, there were some moments that the actors really had to sell to keep them from being a bit laughable and sometimes they couldn’t quite do that.

Paul sporting the rather smashing Atreides jacket of choice.

Also, it could be just me, but without more effort by the actors to earn my empathy, the “chosen one/destined savior” trope wasn’t interesting enough to keep me from questioning some of what the characters did. The whole story was also very centered on men, and on the characters of a “civilized” planet coming in and helping those of a “less civilized” planet. It would have had the taint of the TV Tropes “Mighty Whitey” were not everyone in this film kind of white. (But this is perhaps more of critique of the original story than the film itself.)

A Taste of What You’re in For:
The films begins with voice-over introduction to the politics of the universe by Princess Irulan. Get used to voice-overs, because this film lets various characters do mini inner monologues to express their thoughts.

An ambassador from a secret organization comes to the Emperor and asks his plans on the subject of Spice, which we come to understand is the best thing ever and everyone needs it. The Emperor seems like an okay guy, except that he easily condones pitting the military, coat-loving House Atreides against the crazy gingers of House Harkonnen over the planet known as Arrakis. 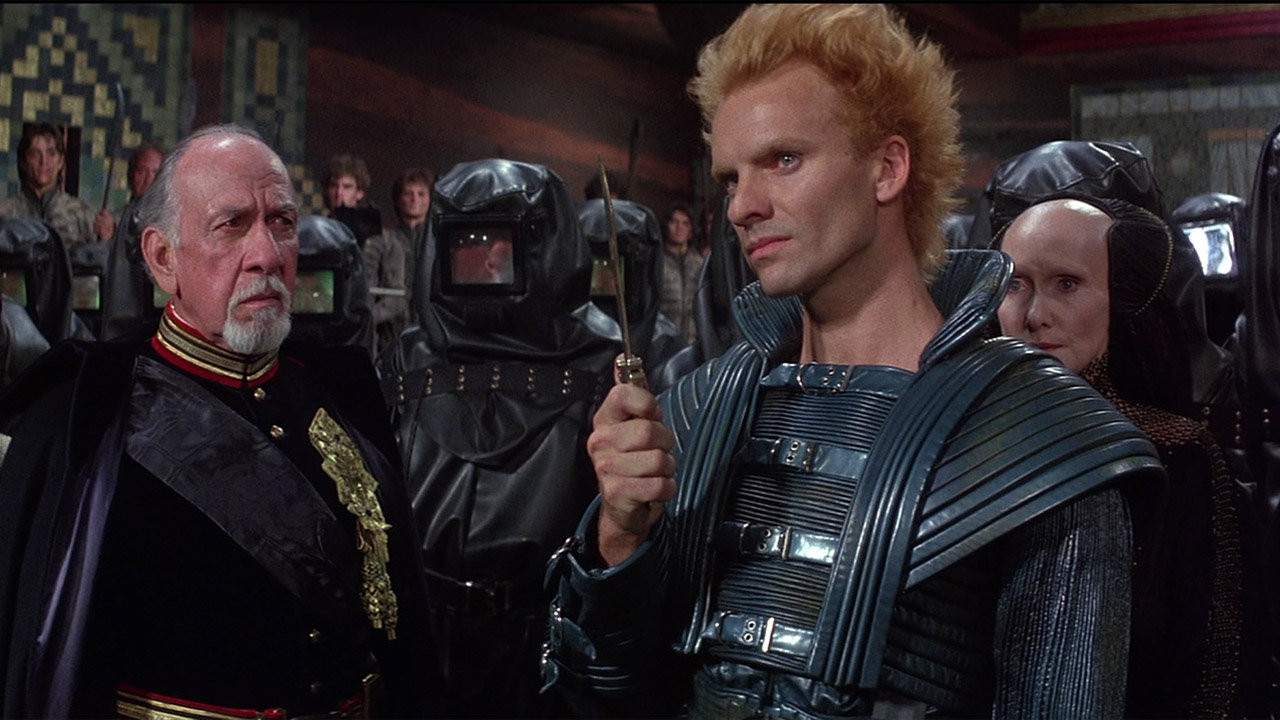 The Emperor is annoyed that it took this long for Sting/Feyd to do something.

On Caladan, protagonist Paul Atreides (Kyle MacLachlan) is studying all things Arrakis (Dune) in preparation for his trip there. He is apparently always training with his mentor, the impressive Gurney Halleck (Patrick Stewart), and does well in all the tests that his three teachers put him to. That night, a woman from the powerful Bene Gesserit sect comes to test Paul with a scary box. This is because his mother is also of the Bene Gesserit Sisterhood and part of a breeding program to try to get the ideal human. She is only supposed to have daughters but gives Duke Leto a son instead. The Bene Gesserit want to see if he’s good for anything. Paul manages to pass the test and displays promising power of will.

As the Atreides leave for Dune, House Harkonnen is plotting dastardly deeds: Duke Leto must die.