Sometimes, you just know when you’ve seen a good movie. For those that do not recall, or are new readers to the site, I reviewed a genre movie called Prodigy. It was a fun, smart “bottle film” that I was happy to give a shout out to for all fans of sci-fi. Another successful spotlight given to a movie—another days’ job done.

However, it’s not often I get to do a follow-up announcement!

Because Prodigy is on Netflix!

The movie did that well.

The little guys in the film industry don’t always get the love or support they deserve. I am all for seeing the blockbusters and having a good time—but give some attention to smaller artists, smaller teams. Because, after all, someday, some of those smaller teams will be the ones making those massive blockbusters—and we may as well start empowering them now. 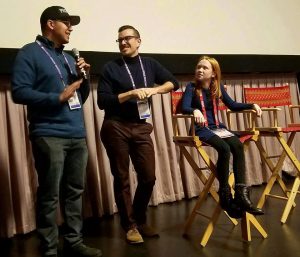