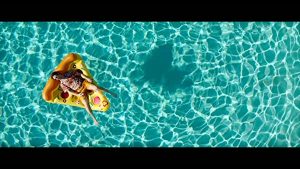 Palm Springs Is A Different Sort Of Loop Story

I’m taking it as a sign of media going forward that The Map of Tiny Perfect Things and Palm Springs came out within such a small window of time. The idea has legs, and we can expect some television show soon based on a time loop.

However, the comparisons between the two movies go much further than just having time loops in them. Palm Springs is a romantic comedy that focuses a lot on secrets kept and interpersonal damage. 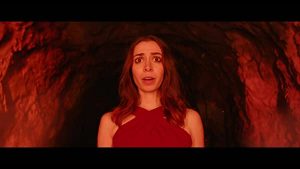 The Characters Are Broken In Some Adult Ways

The difference is mostly in the comedy and the intended age of the viewer. Palm Springs is, and I mean this as a warning for those that need it, a very adult film. A lot of the plot revolves around things like drugs and infidelity. However, unlike a lot of adult comedies, almost every instance of it does make sense within the plot. Some shenanigans would not even happen without the influence of narcotics.

Now, for those that don’t have an issue with that kind of comedy, this movie is a laugh riot. I mean no hyperbole: this movie is funny. It does something you see little within the subgenre: it goes wild with implications. These battered and emotionally damaged characters go through (or already have) a lot of the usual reactions you’d expect and get to “I’m immortal and there are no consequences to my actions.” 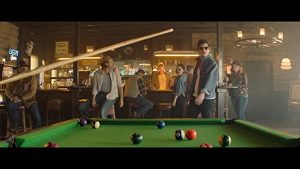 Palm Springs Does Not Hold Back On Its Comedy

But this whole thing would not work without these actors. I don’t know if a pair is more perfect for the role than Andy Samberg and Cristin Milioti. Andy brings a level of nihilism mixed with hopeless romanticism delightful to watch. He’s also an actor who can get across a lot with only his expressions. Andy’s also paired excellently with Cristin, who brings a manic and chaotic energy to the proceedings. The scene with a pirate hook (you’ll know what I mean if you watch it) had me actively guffawing. Some romantic leads feel like they’re going through the motions, but not them. From Cristin’s feelings of guilt and desperation to Andy’s slow awakening from a malaise of time loops, they feel achingly human. And because of that, their romance is rather believable from start to finish. 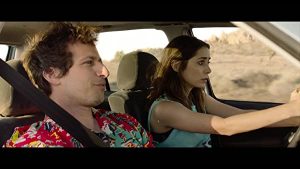 And I cannot forget to mention one of my favorite actors in nearly anything: J.K. Simmons. He’s not in the film much, but his scene where he’s ruminating on life is one of the more powerful moments in the film—despite a little juvenile comedy on the side to lighten the mood.

The only reason I can think for someone not to want to see this movie is that higher level of sex and drugs. In all other avenues, this movie is wonderful. This is the most playful, most comedic take on the subgenre since Bill Murray could not escape his day. It understands the fun of the premise and keeps a sense of implications, consequences, humanity, and logical continuity within those perimeters. If you have even an inkling of interest, try Palm Springs. 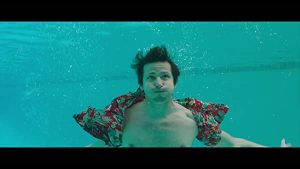