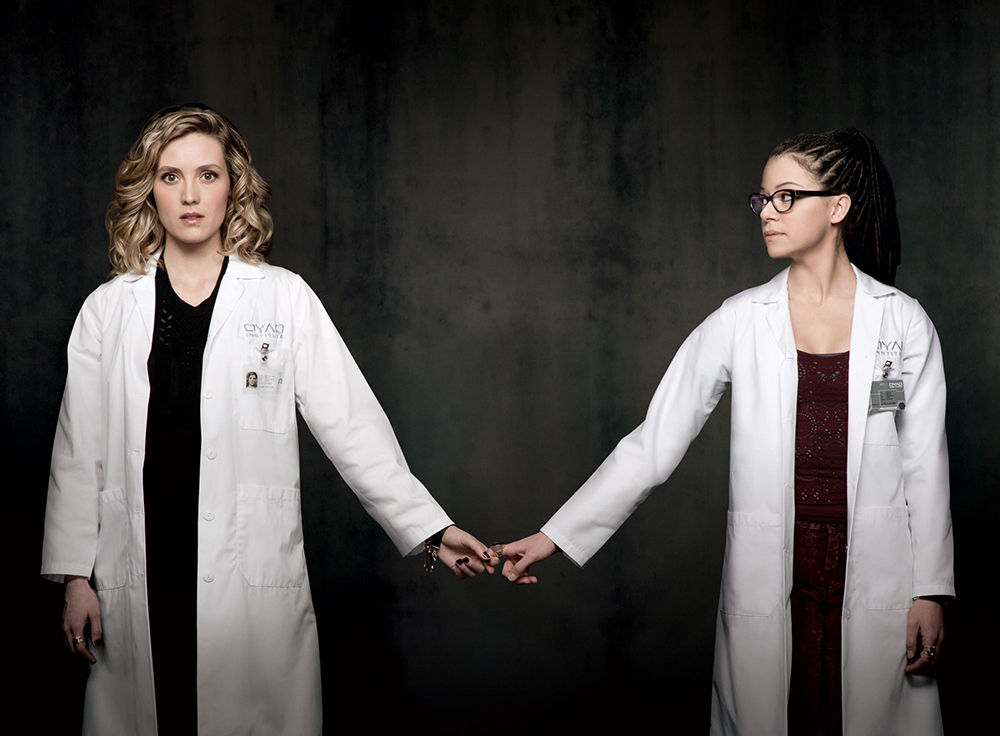 Cophine-related spoilers ahead. Read at your own risk.

Anyone who’s read my Orphan Black articles knows that I’d sacrifice my firstborn, drain my mother of blood and starve myself to see Cophine burst into flames, or rather simply Delphine all on her own. If I could rub a magic lamp and use my three wishes to put her in one of those mysterious Dyad plane crashes, she’d be Margaret Mitchell, kids. She’d be Gone with the Wind.

For those of you who don’t understand my loathing, let’s take a walk down season one.

She can’t be trusted! From the moment Delphine was introduced she’s been plotting and scheming and twitching and hiding and she sucks.

Okay, so Leekie positions Delphine as Cosima’s monitor, intending for her to get close and gain intel. When we first see Delphine and Leekie interact, there’s this weird sexual tension. It isn’t explored much, but it looks like the two have either had a relationship previously, or Delphine had a super-crush on her boss and he used it to his advantage. She approached Cos as a friend, but allegedly found herself falling in love with her. Cosima is supposed to be Delphine’s first same-sex love interest, which explains her initial apprehension (some of those bland grimaces she made could’ve even been deciphered as disgust). The “In Love” bit was a little hard for me to grasp without giving her the side eye. Leekie practically forced Delphine to get close with Cos by any means necessary. It was clear from the flinching, pulling back, and all the damn crying that Delphine wasn’t interested in developing a romantic relationship with Cosima.

Then suddenly, “Oh, I’m in love with you, Cosima.”

Shut up, Delphine. Shut up.

I’ve noticed that with Orphan Black some of the minute character development elements are a tad skimpy because there’s so much plot that ain’t nobody got time to hear somebody’s life story. We need to find out about clone stuff; nobody cares about Delphine’s tumultuous emotional turmoil. Besides, too many LGBT characters on TV go down this route. We spent like an ep (?) on Delphine’s sexual identity, and that’s fine. Love is a spectrum, an ocean, a sky, a unicycle, whatever metaphor you wanna use. Delphine very well could’ve lived XYZ amount of years as a completely straight woman, met Cosima, and boom, gay feels. Plus, we’ve seen firsthand from Sarah that the clones know how to put it down in the bedroom. 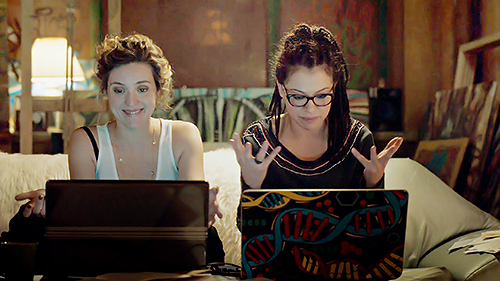 I don’t question the validity of newfound sexuality, but I do question the authenticity of Delphine’s. She only actively pursued a relationship with Cosima after prompting from Leekie. That makes me wonder if these feelings were truly for Cos or if Delphine has been faking it all along.

Also, Delphine straddles the fence. She says one thing, then does another. I don’t care how many times she says “je t’aime.” She can “je t’aime” up and down the street until she’s blue in the face, it still doesn’t make me believe her. Delphine handed over Cosima’s blood samples to Leekie, and it took her until, hm, episode eight of season two (?) to realize that the clones weren’t just disposable copies but actually Cosima’s family, and that their safety and the safety of their families matter. Cophine-o-holics can claim manipulation all the way through season two, but unlike most monitors, Delphine is relatively self-aware, working in the heart of Dyad. She might have a very, VERY naive perception of the institute and their motives, but it was self-induced.

In the second season, there was less of Delphine actively acting against Cosima, but there’s a lot of her stupid mistakes and doing things in Cosima’s “best interest” that Cos didn’t cosign on. The couple deals with some serious trust issues, and rightfully so, because anyone outside of the clone club is apt to betray.

Yeah, I might be holding a grudge. Yeah, I should get over it, but I don’t want to. There’s just something I don’t like about her. She’s not good enough. She does too many questionable things. It took her too long to get both of her feet in, and we all know Cos is a puppy when it comes to love. Maybe that’s it. Maybe it’s because Cos is so naive and vulnerable in love that she hangs onto Delphine’s every word, making her the perfect target for swindlers.

I know I sound like a dissatisfied mother, but Cos can do better.

If you enjoyed Keyoka’s article, you can find the rest of her work right HERE on Sci-Fi Bloggers. You can also follow her on Twitter @keyokakinzy.