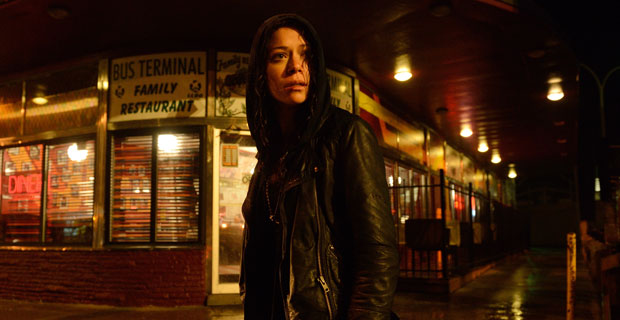 On Saturday, April 19, 2014, Orphan Black premiered to viewers all across the globe. Members of the Clone Club have been waiting and counting down the days for this season’s first episode, and right when we were all about to spontaneously combust, Sarah popped onto the screen. As expected, Tatiana Maslany did not disappoint.

The first thing that comes to my mind when I think of this episode is that there are just so many LIES. Just LIES. Everybody LIED. Okay, maybe lie is a strong word, but there were definitely some untruths that we were lead to believe. I think Graeme Manson and John Fawcett are personally trying to kill me because there’s no way my body is physically capable of handling this much shock. 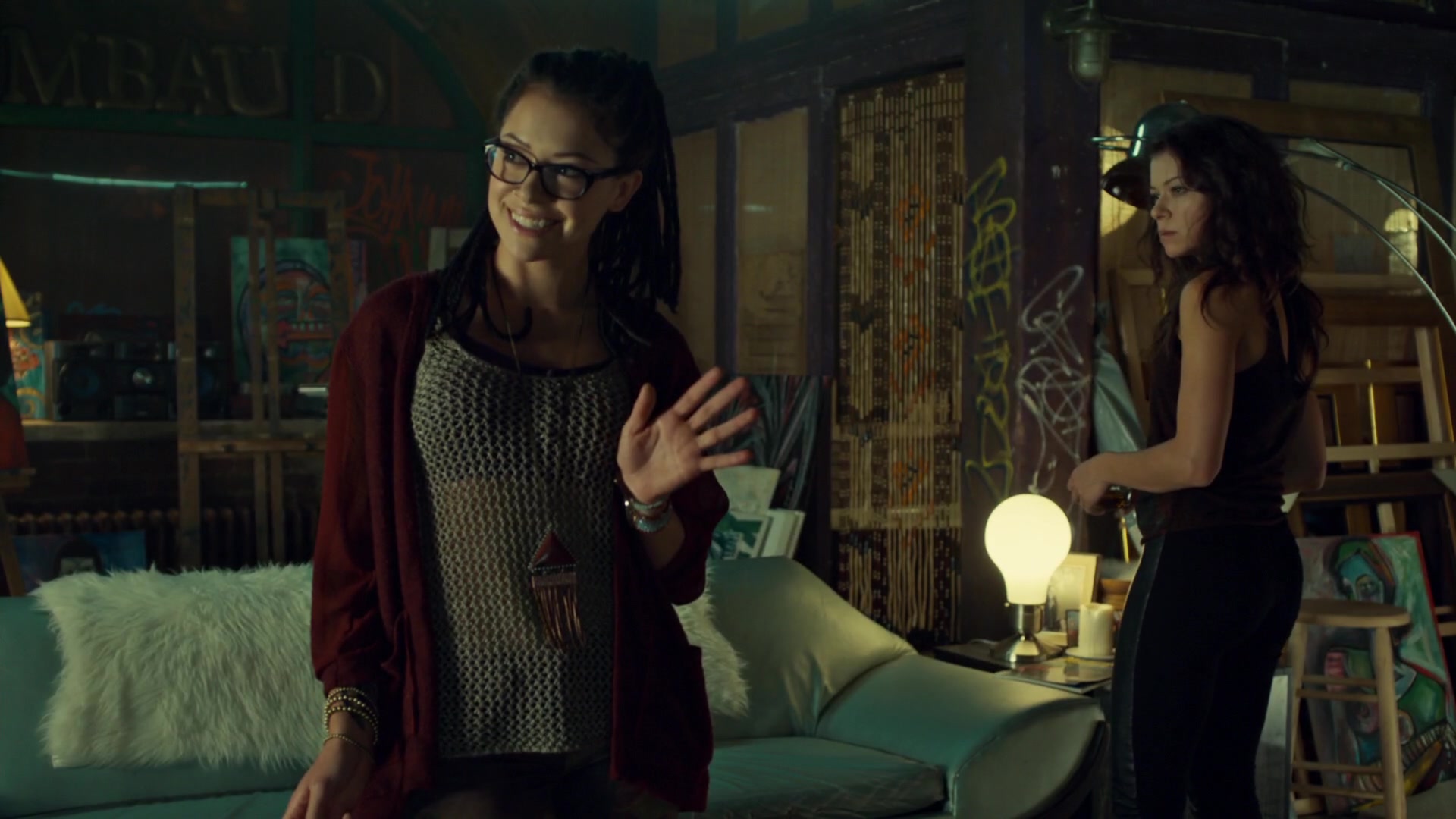 The first untruth that I will address is the basis for the entire episode. It opens where we left off last season: Kira (Skyler Wexler) has been kidnapped, and because Mrs. S (everybody’s foster mom: Maria Doyle Kennedy) is nowhere in sight, we assume she’s been taken by the the big bad clone makers, the Dyad Institute. Of course, knowing this show, Mrs. S might be the one that took her—TRUST NO ONE.

Anyway, Sarah (Tatiana Maslany) freaks out, runs into this diner, and tries to contact…everybody, pretty much all of the Clone Club officers, and no one picks up, which makes me think that Sarah should get some kind of Bat signal to assemble the posse when something like this happens.

She receives a call from Sexy Paul (Dylan Bruce), only it isn’t him on the other line. Rachel (Tatiana Maslany) has his phone, wagering Kira’s freedom for Sarah’s. Two sketchy guys, talking about chickens and eggs, walk in and start to hassle Sarah, which isn’t an easy task because she’s such a BOSS, but the man behind the counter intervenes with his rifle. He got one of them before (?) he was shot himself, but the other chased Sarah into a windowless bathroom, where she beat the hell out of a wall to escape.

She hunts down Fe (Jordan Gavaris), serving sass and hotness in leather cutouts beneath a slew of half-naked men (yasss!) in a club. Sarah sends him to get a gun from Alison (Tatiana Maslany), and can we just take a moment to acknowledge that Sarah’s first thoughts are “gun and gun = Alison”? Gah, I love this show. 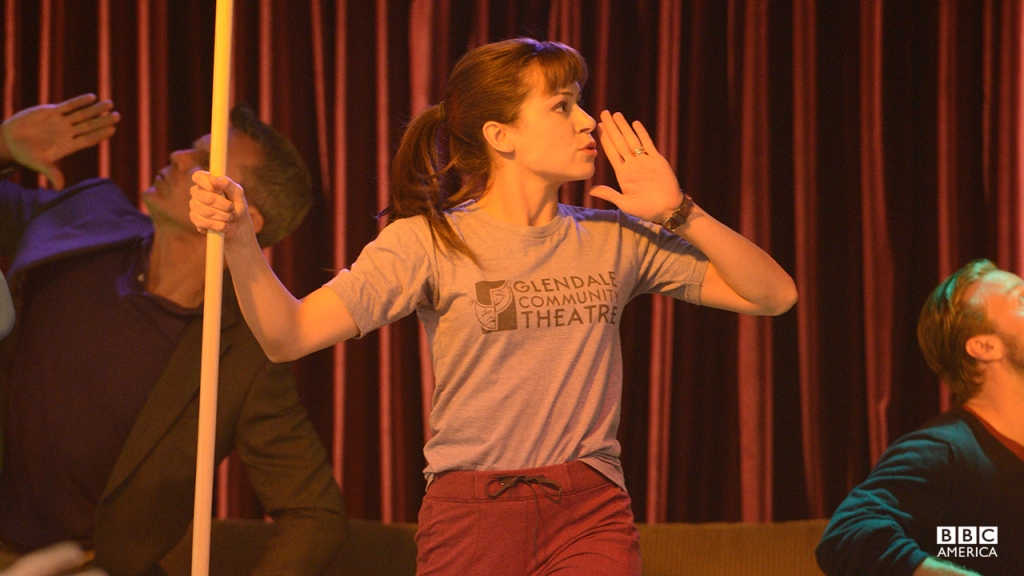 Back to playing the perfect housewife, Alison’s moved the guns out of her home, but she agrees to get Sarah a weapon from her…illegal items handler, Ramon (Alex Ozerov). Oh, and this is a treat, everyone! Alison got the lead in the local musical! Turns out, murdering Aynsley (Natalie Lisinska) last season had a lot more perks than she expected. Too bad Aynsley wasn’t her monitor; of course, nothing’s been confirmed. Alison can be seen singing for her life at the Glendale Community Theatre, where she was supposed to be handing off the “piece” to Sarah, but the jig is up when Art (Kevin Hanchard) and Detective Pain-in-the-Face (Inga Cadranel) throw her in the back of the cop car for nonsense and tomfoolery.

Untruth #2 brings me into the clonesbian area. There’s trouble in Cophine paradise. Cosima (guess who? Tatiana Maslany) claims she won’t blindly fall for Delphine (Evelyne Brochu), but I don’t believe her, and most importantly, I don’t trust Delphine. By the way, I’m biased because I’m not a Delphine fan, but Cosima’s illness is getting worse, and Delphine is playing on both sides of the fence. She gives Dr. Leekie (Matt Frewer) Cosima’s blood samples after Cos specifically instructed this hooker not to. That’s the thing with monitors. You can’t trust them! Even Sexy Paul’s the same. I have such a love-hate relationship with Delphine and Paul because I’m not ready to give my heart to them. They lie too much. It’s always so hard to tell which team either of them is really playing for. 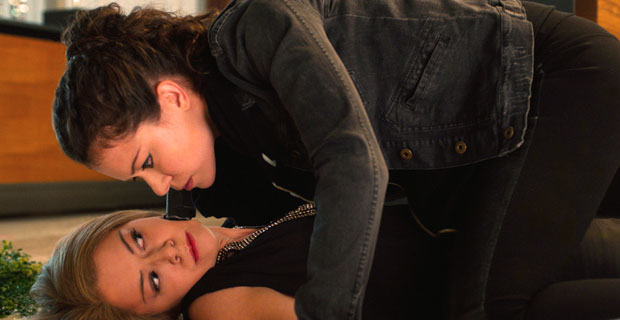 Also, when Sarah impersonates Cos at the Dyad party, Delphine can’t tell until after she sees her interact with Leekie. What kind of lover can’t tell if their boo is their boo?! I knew it! Mannerisms aside, Sarah’s faux-dreads aren’t even as nice as Cosima’s actual dreads, like her hair is basically a curly ponytail that’s starting to unravel at the ends.

The point of the switcheroo is so that Sarah can confront Rachel face-to-face about Kira’s whereabouts. The Dyad crew doesn’t have her! That entire conversation in the beginning and every subsequent one was just a lie. It was a trap to lure Sarah in, but she gets away with Sexy Paul’s help and, as a last result, shows up at Art’s place.

Art tells Sarah that there’s a connection between one of the dead men at the diner and Maggie Chan, a Prolethian (a.k.a. the crazy religious people). Ding, ding! The crazy religious people are the ones who took Kira and Mrs. S (if Mrs. S isn’t in on the whole thing— I TRUST NO ONE)! It only took us 58 minutes and 55 seconds to figure it out. Oh, and speaking of Helena— 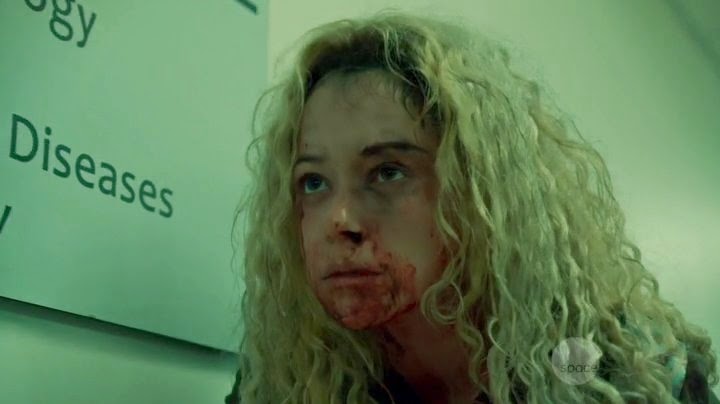 SHE’S ALIVE. Screw that “untruth” nonsense; this was a bald-faced LIE. Manson and Fawcett both admit to having pulled the wool right over our eyes, and I hate them, yet love them for it. It has to be the best part of the entire episode. It’s that total mouth-gaping-popcorn-spilling-out-gagging-like-an-idiot-pointing-at-the-TV moment, seeing Helena limping into the ER at the end. Gah, I knew it, but I didn’t know it because you can’t ever be certain of anything with these people! Helena just can’t be killed! Last season, the woman had a dirty iron rod-thing jammed into her hip, and she made it. I swear, crazy people have an extra layer of flesh that’s made of metal or something. It’s why in slasher films, you have to keep on hitting Jason in the head or you have to completely hack off the head and then burn it, or else they’re just going to run some water over it, and it’s just like having a brand new killer on your hands.

Bottom line: you can’t trust anybody in this show. Nothing goes the way you think it’s going to, and you’re just going to have to get comfortable with your mouth on the ground.