As a big fan of horror, October is kind of my jam. Classics on TV, my favorites from my collection, and a couple from recent years get watched all month long. This year, I had the opportunity to check out an indie feature that’s getting some serious festival buzz. Los Angeles’ annual Shriekfest opened with the world premiere of Nightmare Code. The film comes from M.J. Rotondi and Mark Netter, who also directs. It’s a thriller that revolves around a devious code and the people who are trying to perfect it.

Andrew J. West, currently starring as Gareth on The Walking Dead, plays Brett Desmond, a brilliant coder who’s trying erase some of his past. Desmond is called in to work on a project entitled R.O.P.E.R., a behavior recognition technology, after the previous programmer was driven to kill some of his coworkers and then himself.

At first the film, which doesn’t boast a high budget, feels a little cheesy. The tale is told through surveillance footage such as security and computer cameras that let us spy on video chats. However, it quickly feels less Paranormal Activity and far more eerie. The use of split screens is immediately haunting because we hear nothing, so we’re searching for scares, and our anxiety builds. 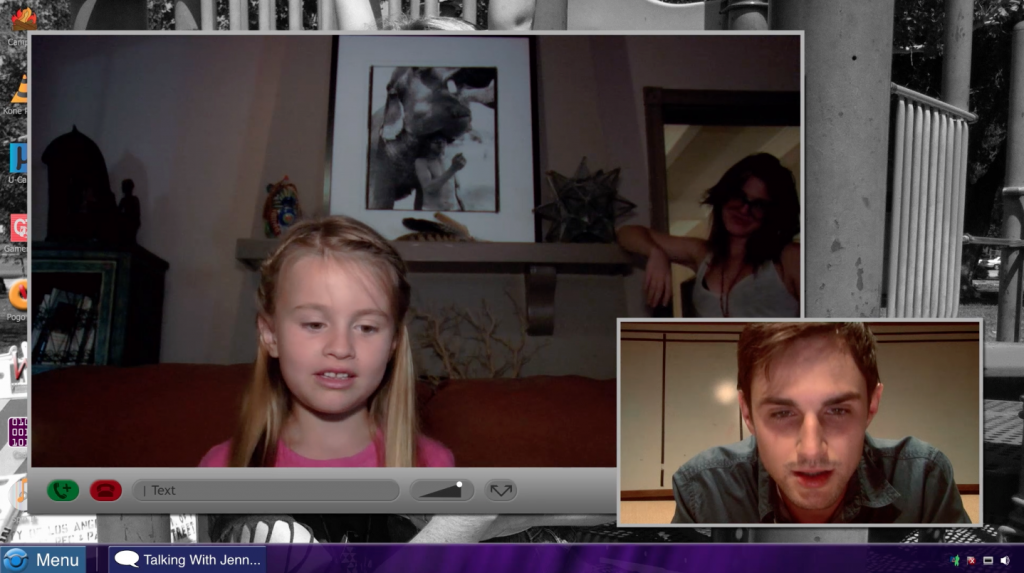 Originally, we’re on board with R.O.P.E.R. because it will catch criminals before their injustices simply by reading their intentions. Then we see it in action as the team records their conversations, revealing emotions like “irritated” and “aroused,” and then we realize how intrusive it becomes, and we begin to question our own judgement and just how much we can trust technology. A member of the team reveals his own doubts, saying, “Facebook knows my friends. PayPal knows I’m broke. Soon even my emotions won’t be private property anymore.” And it’s just so true. Facebook gives us a list of emotions to present along side our statuses, but how long until we no longer have to give permission? They already tried to manipulate our emotions this year. The film’s website gives other examples of real privacy invading technologies like an app for Google Glass called The Shore Human Emotion Detector that can read your behavior. 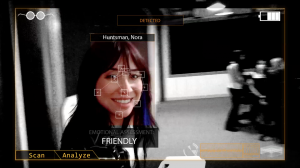 There’s small details in the film that make it feel fresh. Firstly, there are angles I mentioned that make us feel creeped out from the get go. As the stress and anxiety build inside of Brett, the amount of windows open on his computer increase. Netter told me that, “I feel that while modern technology has certainly relieved us of some of the drudgery of daily life and made communications more immediate, with all that has come a rise in anxiety as our every movements and, now, emotions are being broken down into digital bits and bytes, making us feel like we have to run just to keep up.” He went on to say, “I do think the human stress in the movie, combined with the tension of the characters always being watched, is what gives Nightmare Code a lot of its drive.  If you’re always being watched, let alone judged, and never truly alone, can you ever truly relax?” The film took home the Best Thriller prize at Shriekfest, and will be featured at the Phillip K. Dick Science Fiction Film Festival in January. You can check out the movie’s website here.

So what freaks out the director? That we take part so willingly in this global surveillance. “I know people who have lost jobs over Facebook posts or status changes.  There’s no safe corner anymore, unless you don’t want to participate in modern society.”

Check out the HD trailer: