Some more news on some more superheroes! The synopsis for the new Fantastic Four, due out on August 7th, 2015, has been released by Fox. It doesn’t give away much of anything, but it does mention that it’s a retelling of how the team came to be. Here’s Fox’s official synopsis:

THE FANTASTIC FOUR, a contemporary re-imagining of Marvel’s original and longest-running superhero team, centers on four young outsiders who teleport to an alternate and dangerous universe, which alters their physical form in shocking ways. Their lives irrevocably upended, the team must learn to harness their daunting new abilities and work together to save Earth from a former friend turned enemy.

The team tried to find big-screen success back in 2005, but wasn’t able to hit it big with fans or critics. This reboot seems promising. Director Josh Trank, who nailed the sleeper hit Chronicle, will be taking control and the cast is a lot younger and gives the story a fresh feeling. The new Mr. Fantastic will be played by Miles Teller, who is one of my favorite up-and-comers, who has been in Whiplash, Divergent, and Project X and will definitely steal the screen. Filling in for Chris Evans as the Human Torch is Michael B. Jordan. Jordan was featured in Trank’s Chronicle and the critically acclaimed drama Fruitvale Station, so not only is the kid a looker, but he’s got the acting chops to pull off a good character. House of Cards’  Kate Mara will be taking over as The Invisible Woman, and Snowpiercer’s Jamie Bell will be The Thing. 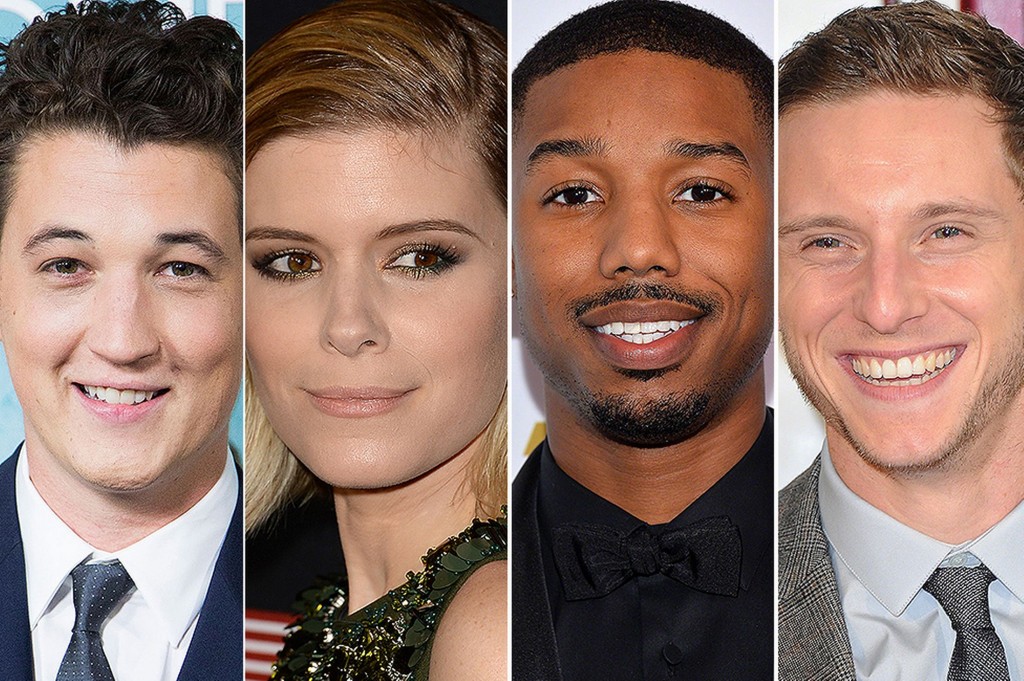 There are no teasers or trailers for the film, and Fox won’t release any until it’s totally ready. More and more teasers are being released for summer blockbusters, so it will probably be online after the holiday season. I’ll be on the lookout.