As if there were any doubt, Ryan Reynolds will play Deadpool in the standalone film, expected February 12, 2016. It’s being directed by Tim Miller and produced by Fox. Deadline reported that the deal was almost done with Reynolds on the 4th. Later that day, it seems Reynolds revealed himself that the deal had been signed and sealed with a tweet of his own.

Also confirmed amidst speculation is Benedict Cumberbatch sneaking into another franchise. Cumberbatch will become Doctor Strange in Marvel’s great big universe. The Sorcerer Supreme is looking to hit theaters on November 4, 2016, and Cumberbatch seems excited about taking on the new character. During an interview at the British Independent Film Awards, he mentioned, “It’s a thrilling gig to get. I just can’t wait.” You and your millions of screeching fangirls have that in common, Benny.

Finally, the details from the highly anticipated Suicide Squad film. There was speculation and rumors and plain guesses for casting and now we have the details straight from the studio. Jared Leto will play the Joker and Margot Robbie will play his occasional girlfriend, the incredible Harley Quinn. Tom Hardy will play leader Rick Flagg and Will Smith will play Deadshot, a Batman villain. More unexpectedly, upcoming Terminator: Genesys star Jai Courtney will play Captain Boomerang, which we should have expected from his Australianness, and model-turned-actress Cara Delevingne will play the saucy sorceress, Enchantress. 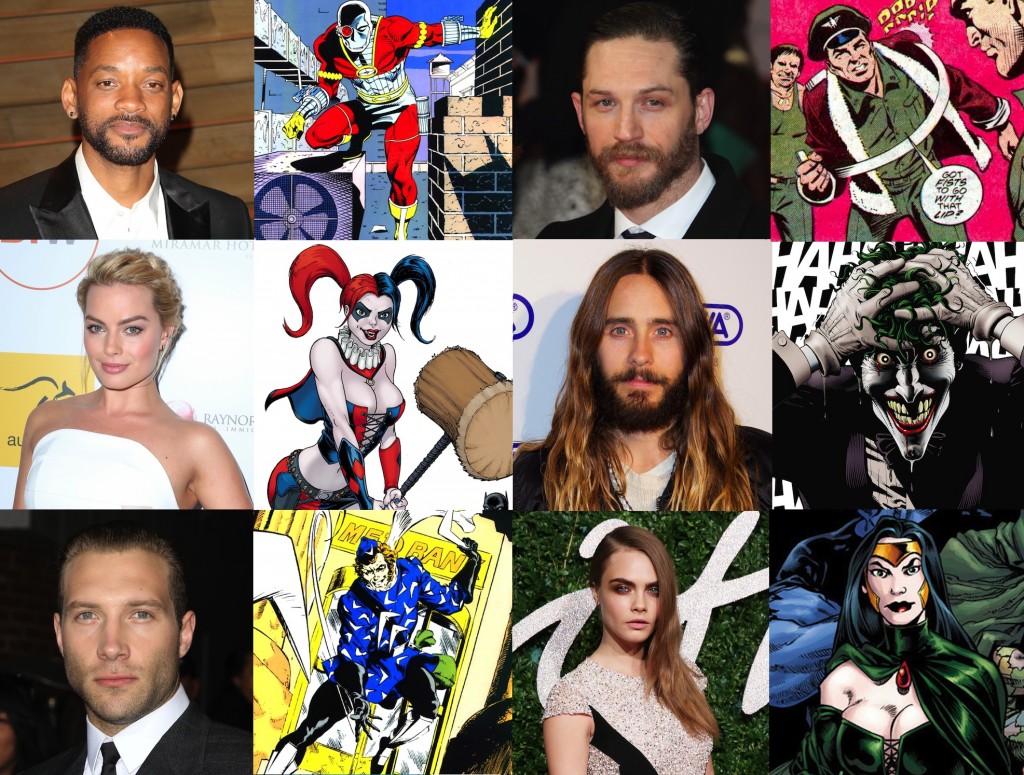 So it looks like 2016 is going to be a killer year for comic book characters and films. Also dropping will be Batman v Superman: Dawn of Justice in March, Captain America: Civil War and X-Men: Apocalypse in May, and the Sinister Six in November. What do you think? Are you burnt out on superheroes? Which film are you most excited for?