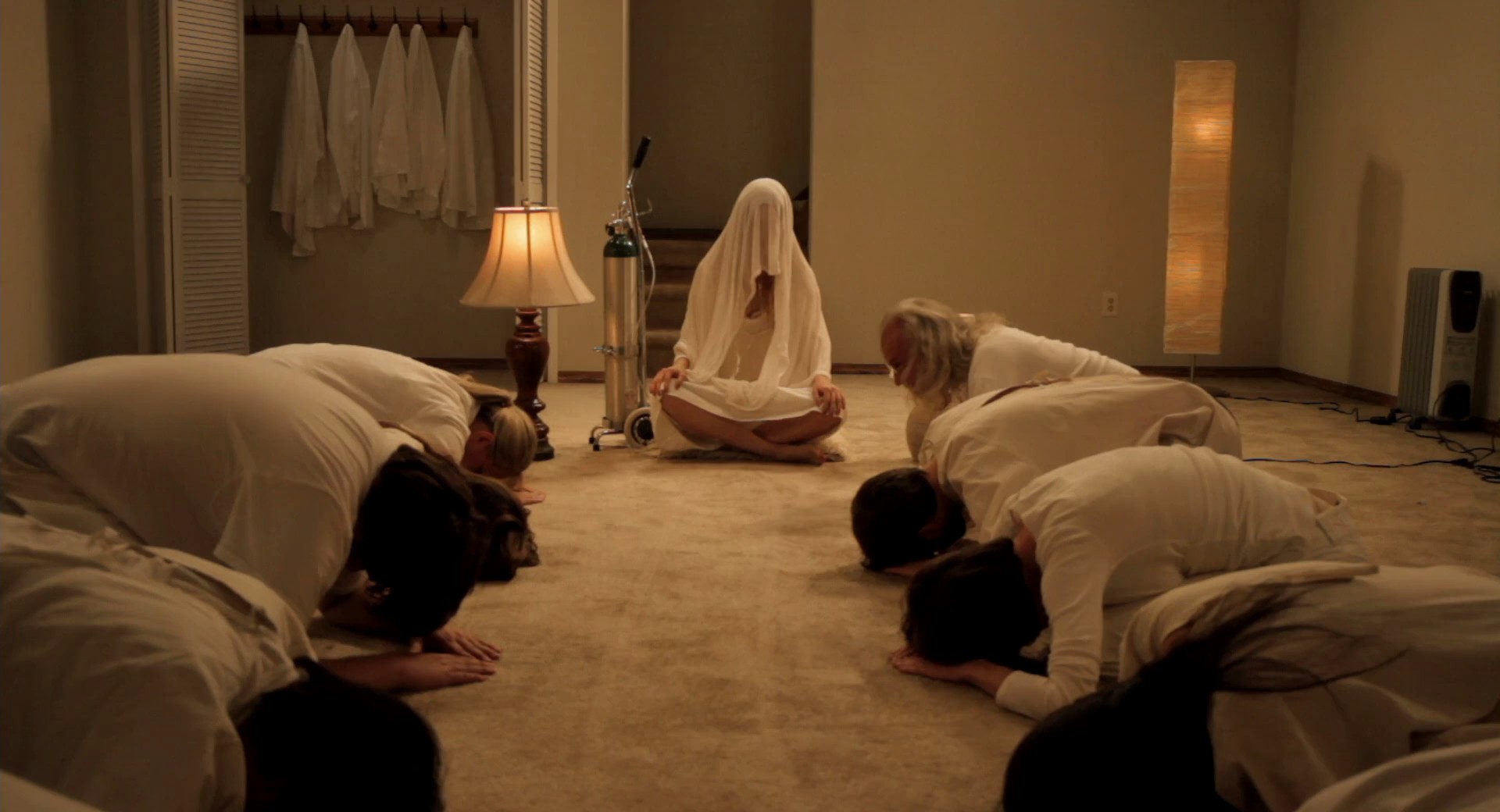 So, the idea at the beginning of Zal Batmanglij’s Sound of My Voice (2012) is to expose a fraud. It follows substitute teacher/wannabe filmmaker Peter (Christopher Denham) and his girlfriend, wannabe writer, Lorna (Nicole Vicius). The two decide to film a documentary about a small cult in Los Angeles. As these things go, joining the cult is a meticulous process. Obviously, you can’t just walk up and sit with the cool kids, guys. Peter and Lorna must undergo a series of tests in order to ascertain their trustworthiness, their openness, and their belief in a young woman named Maggie (Brit Marling) who claims to have come from the future. Yes, I’m serious. Hey now, there are people like this in the world. 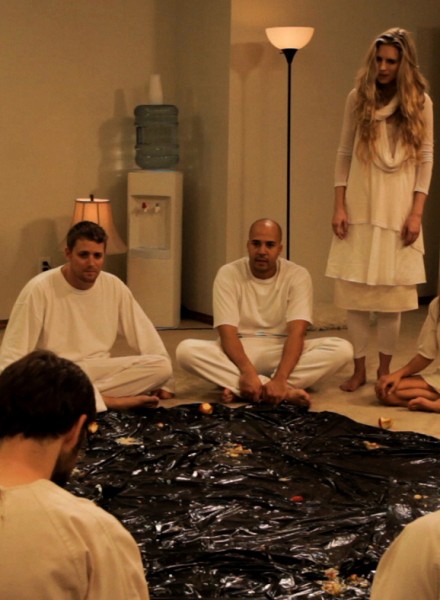 Throughout the film, nothing is concrete and everything is suggestive. Like us, Peter and Lorna start off looking like two sane people who accidentally took the crazy train, but as the film progresses and they spend more time with the cult, they each go through phases of questioning Maggie’s validity. Here, sanity is explored in the rawest, most compelling way, forcing us all to wonder, “Well damn, does she come from the future?”

The film doesn’t vilify Maggie for her story. In fact, unlike other characters that show varying degrees of doubt, she holds fast in her beliefs. Her character is inherently vulnerable with declining health, but never presented as a victim or a woman who has been lead astray. Lorna and Peter are the ones with ulterior motives, and if Maggie has any, they aren’t ever blatantly shown.

I don’t know how to feel. This movie is definitely a bucket of madness-mashed potatoes and gravy, but it’s hard for me to tell if I like it or not. The use of manipulation and persuasion is interesting, but I’m the type of viewer that likes to be told everything. At the same time, I’m always attracted to films that leave me guessing. Sound of My Voice definitely delivers in that category. It’s an in-depth look at how the other half lives, blurring the lines between what reality is socially acceptable and pointing a finger at what we choose to believe is right and wrong. Worth a watch. Maybe two.