Rumor mills are always irritating, mostly because of that first word.  However, it seems this time the rumors were correct and Fox is making another Alien film starring Sigourney Weaver as Flight Lt. Ellen Ripley.  Neill Blomkamp (famous for giving us District 9 and Elysium) met Weaver whilst they were filming Chappie and, according to Weaver, he started talking about her role in the Alien franchise and batting about some ideas.  Then he started sharing artwork he’d made and then, finally, he pitched an idea to Fox.  From the sound of it, he didn’t really expect the studio to say yes, but they did, and now a fifth Alien film (we don’t count the abysmal Alien vs. Predator films, and the less said about Prometheus the better) is in the works. 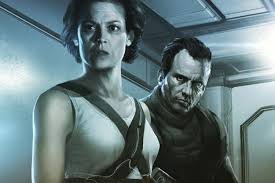 No one really knows.  Again that’s the irritating thing about rumors.  It was initially reported by io9 that Blomkamp’s vision was not going to happen, so imagine how delighted they and the rest of the world were when that was revealed to be false.  This is the problem with reporting on rumors, which is why personally I don’t like to speculate until I have confirmation that something is actually happening.

Despite us knowing little plot or character detail, the facts we do have are as follows: 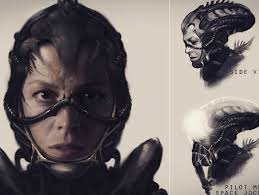 Will it be any good?

Like the legion of Star Wars fans salivating over the new film in December, I certainly hope so.  Hoping is not a guarantee and pedigree isn’t either.  However, I am quietly looking forward to seeing what Blomkamp does with one of the scariest sci-fi-horror stories conceived.