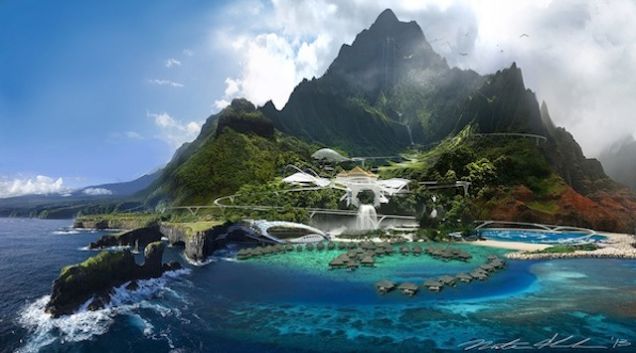 The long awaited fourth film in the Jurassic Park franchise has finally become a reality and will come stomping into theaters this June. Jurassic World will be a sequel rather than a reboot but could be the first of a new trilogy for the series.

The movie has been in development hell since 2005, going through several drafts and different actors from the franchise being attached to the movie at one point or another. Jurassic World will have an all new cast with the exception of BD Wong who had a small role as scientist Henry Wu in the first film. The new cast will be led by Guardians of the Galaxy actor Chris Pratt and Terminator Salvation actress Bryce Dallas Howard.

Picking up 22 years after the original film, Jurassic Park is now a fully functioning theme park under new management that has grown very successful. It’s possibly become more popular than Disney World, but like any good theme park you have to find a way to keep things fresh. In this case, scientists at the park have created a genetically modified hybrid dinosaur as a new attraction.

Naturally this hybrid is very large and dangerous and goes on a rampage through the park. That’s something I’m excited to see unfold. It’s like if a giant Mickey Mouse went berserk in the Magic Kingdom. I don’t know what PR the owners did to overcome the disastrous events from the previous films, but there’s no coming back from dozens of tourists being eaten/injured by a large dinosaur. Check out the full trailer here:

One thing that does concern me is that Jurassic World will focus mostly on this new hybrid dinosaur. While I understand that it’s the basis for the film’s main conflict, I’d hate to see it take away from the characters interacting with other classic dinosaurs like the tyrannosaurus and velociraptors. I always liked seeing people going up against these predators and I’d hate to see that omitted entirely from the new film.

That worry aside, I’m very excited for Jurassic World. These movies were a favorite of mine growing up. Until it comes out, we’ll all be holding onto our butts.