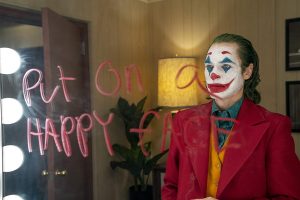 Watching Joker is Staring Into The Void

My hands were shaking after I got home from watching Joker. I don’t mean that as hyperbole—this movie scared me, physically affected me. I curled in my theater chair, flinching away from this film. Unable, unwilling, to watch it again—but not because it’s not a masterpiece of acting.

Because it is. Like Handmaid’s Tale, I find myself reviewing a piece of media that I was ill-prepared for the impact it would have, and blindsided by the sheer visceral upset that it expertly evokes in the viewer, but also cowed by the unbridled genius and skill of which this story was conceived, shot, and delivered. 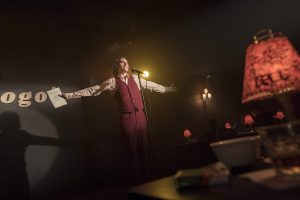 It Ain’t Funny How Amazing Joker Is As A Movie

I know that certain reviews are hard on this film, but I must assure you that it is a genuine masterpiece. We are talking one of the first real contenders for the role since Heath Ledger. I am almost unwilling to accept anyone else anymore, outside of Mark Hamill’s voice performance in Batman: The Animated Series.

And that’s because Joker, the film, lives and dies by Joaquin Phoenix’s absolutely stunning, dark, and horrifyingly realistic portrayal. As a comic book character, the Joker is often cartoonish—not here. From the first few scenes, Joaquin lends an upsetting clarity to what it’s like being in the head of this psycho. The viewer is brought on a rollercoaster of an emotional ride as you find yourself sympathizing with him, against all protests, before having stability torn away and being forced to stare into a bleeding, pulsing, objectively terrifying world of disassociation and indiscriminate and unbridled violent rage. 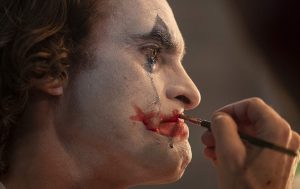 Joker Takes You By The Hand Into Sheer Darkness

I’m sorry if you happen to enjoy dancing, old songs, or the act of laughing because for days after this film all three acts made me flinch from the sheer memory. Conceptually, Joker’s mental illness that results in uncontrolled laughter may seem like a silly idea to some until you see him fight it as hard as possible on a bus, be overcome by it multiple times, then give into it like the madness he’s been sitting on the entire film. 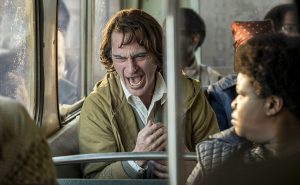 And that’s just the acting. Yes, it is Joker’s film—as it’s meant to be and perfectly myopic in a way that makes it hard to escape from his eyes—but, even outside of that, the small details are just brilliant. The movie doesn’t bother to tell you everything and doesn’t need to do so. Plot points just kind of happen with little emphasis. If it wasn’t for the upsetting nature of the film, I could say that it’s deeply re-watchable. The nuance to the sound, the backgrounds, the implications of subtle things are almost blink-and-you’ll-miss.

Honestly, I can’t help but compare it to Fight Club of all things. I won’t spoil precisely why—in case you have still not seen it—but people will be talking about this movie for years, its twists for the same, I hope, if there’s artistic justice. 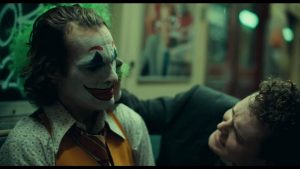 Joker Deserves Every Iota of Praise Already Given

Like Handmaid’s Tale, I can’t recommend Joker without warning you that even horror movies aren’t as scary as this sometimes, and indeed it may be too much; it was almost too much for me. But if you want to see a cultural touchdown; witness another new angle to the superhero/supervillain genre when it seemed like they were all out of avenues; be immersed in a film that was crafted with vision, purpose, and an iron-tight theme brought across expertly, brilliantly, then you owe yourself as a fan of media, classic supervillains, and just well-made art to look into this madness that’s near Lovecraftian in its terror.