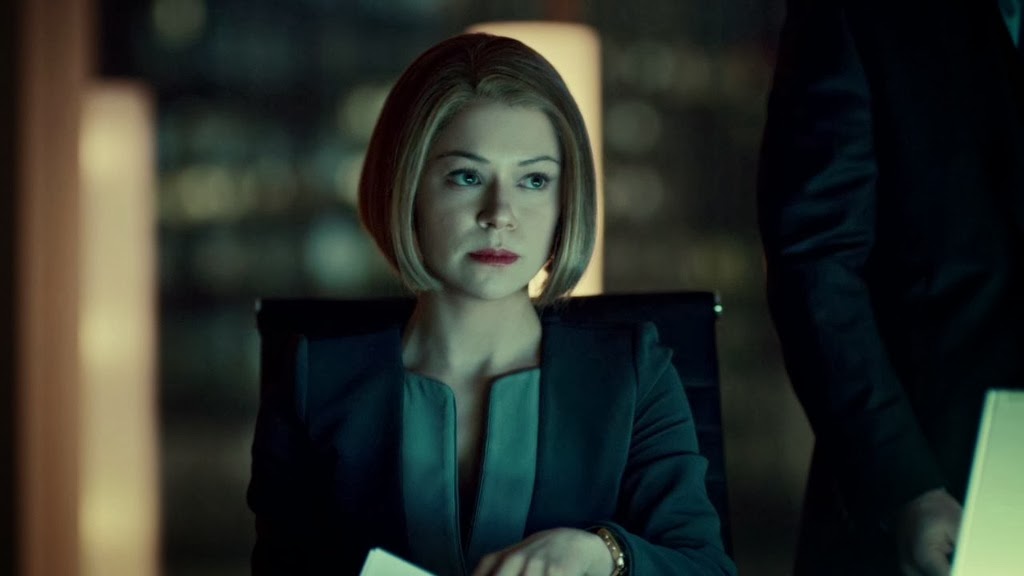 I spoil a bit, but it won’t ruin the central plot of OB. Just saying, BEWARE.

FACT: Rachel Duncan is a stuck up hoebag.

Arguably one of the most intimidating and unrelatable characters on Orphan Black, every week Rachel traumatizes households across the globe with her permanent I-Will-Eat-Your-Children-and-Sacrifice-You-to-the-Devil face. I love it, and you love it. Admit it. She’s a true testament to Tatiana Maslany’s acting prowess as her character is unlike any other on the show. Some people (a MINORITY, I’m sure) actually proclaim her to be their favorite clone.

Now, let me start off by saying, I ain’t one of ‘em, but I have to hand it to Rachel. She is very intriguing and all the hubbub following Sarah, Helena, Cosima, and Alison is missing out on another dimensional character of the cast. Before these last few episodes, I had very little interest in Rachel as a human being. She was one of the bad guys, and that was all I needed.

Recently, I’ve started wondering who Rachel truly is. Much of this has to do with the breaks in her facial expressions. On occasion, she’s let the rock hard facade fall and reveal compassion that makes me think she’s not all crushed infant bones and horse blood. When she found out that Daniel, her monitor and lover, was killed and when she discovered that her father was still alive, Rachel actually showed genuine emotion and let her guard down, even if it was for only a few seconds.

Rachel holds a lot in, and it’s to give her this impression of being indestructible. But the more I see of her, the more she seems like everyone else.

We all saw the video of her as a child, a perfectly normal young girl playing in the leaves with her parents. She looked innocent and happy, so it can be assumed that the belief that both of her parents were dead ruined her. Not to say this excuses her past behavior (although EVERYONE has excused Helena’s), but it does expound the notion that there’s more to her that meets the eye. Raised self-aware in the heart of the Dyad Institute, Rachel has been deemed the “proclone.” Throughout season two, little by little, information about Rachel’s past is revealed and that definitely adds to her mystique. One conclusion I’m sure we can all draw is that Dyad created the monster, but Rachel isn’t under their every beck and call.

I’m sure everyone remembers Paul and Rachel’s bounce session on the chair. It’s kind of hard to forget. I screamed from the shock. Yes, Sarah’s basically tossed him to the side for Cal this season, but Paul has solidified himself as her puppy in my eyes (does anybody else catch that look he makes when asked about her? Gives him away every time). At first I was…disturbed? Appalled? Shocked? Confused? But, after some deliberation, I figured, why not?

Look at it like this: it’s a testament to Rachel’s badassness. 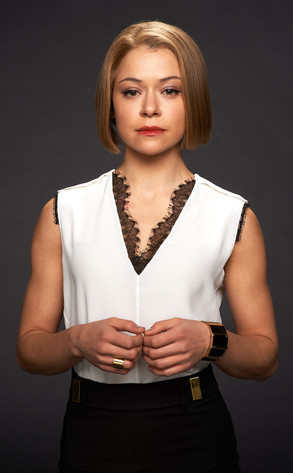 For starters, it’s sort of a way to stick it to the man— not Paul or even Daniel, but the Dyad. The Dyad has basically brought Rachel up believing she was the manufactured property of an institution. Imagine if you had to tell a little girl that news. They’ve essentially taken her identity away. Rachel has dedicated her life to working for them, ensuring that her clone sisters comply with all of the institution’s demands. So, why shouldn’t she have some fun at the expense of the big bad corporation imposing itself on her world? I see the logic. Okay fine, give me a monitor to stick by my side 24/7, and I’ll use him how I see fit. Everyone else’s monitor infiltrated their lives in the form of lovers, so why should Rachel have the only dry desert in Clone Land? At least she knows who her monitor is and why he’s in place. Her feelings towards Daniel and Paul are fragments of her life that she can control. That explains her need to dominate Paul (and what a man to dominate). When I thought of it, this really made Rachel seem cool.

Plus, Paul must mean something to her. Was that worry I detected in her voice last episode when she called him (didn’t sound like the first time)?

OB gets this word a lot, but it’s extremely appropriate for the series, especially when you’re analyzing Rachel: feminist. She’s a strong woman, determined, intelligent, and she takes what she wants. She never looks uncertain and her presence emphasizes power.

Another thing: doesn’t this whole dominance thing sound familiar? Do we know any other headstrong females that run their relationships in the clone club? Remember when Sarah first joined? They all thought she killed Beth, then they thought she was going to steal Alison’s money and run off into the sunset with Felix and Kira. Also, Helena killed an alarming amount of people. No one (except Cosima) has an uncheckered past. 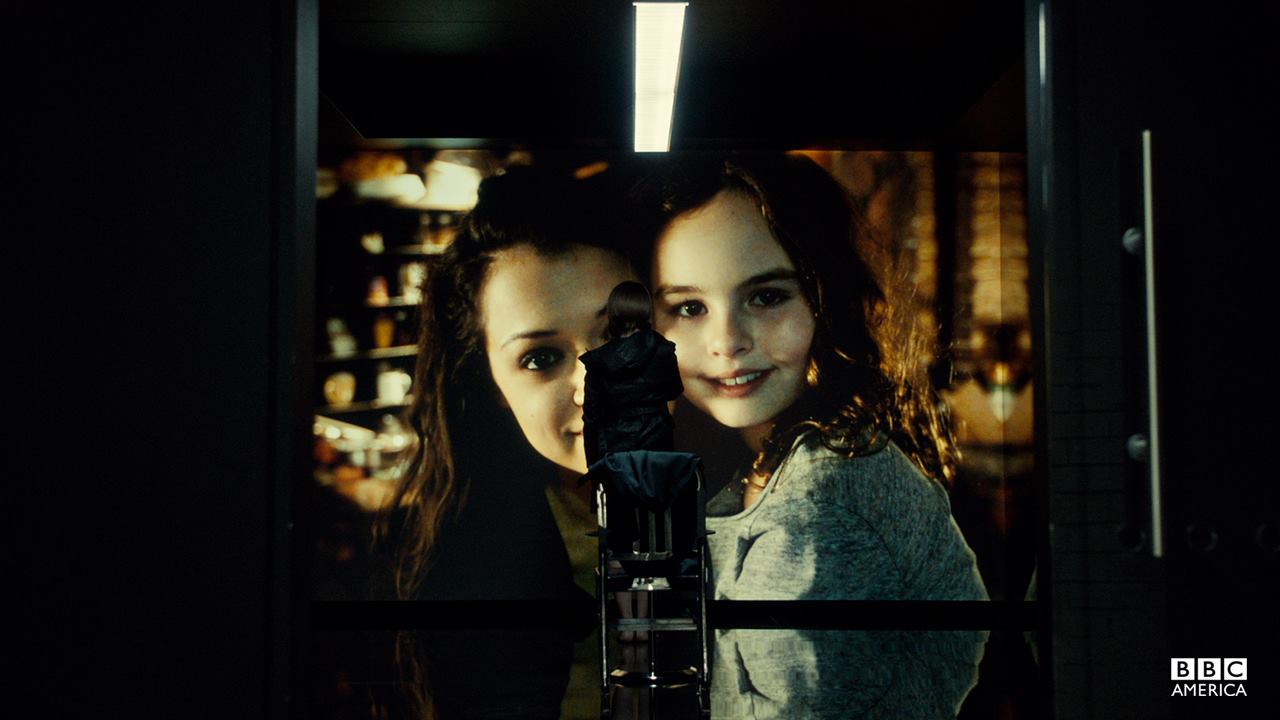 Beneath all of that pomp and purpose, there just might be a heart. We’ve already seen that Rachel has a sense of family with the Duncans. I’m not sure about her, but last episode she gave us a believable performance.  Is she willing to take on the Club and make them one of her own? I’m predisposed to suspecting her of a motive, but what if she’s being genuine? Who knew that the Stone Hedge powerhouse wanted children? That completely threw me for a loop. Maybe the fact that she couldn’t have them is what caused her to be so icy? If she began to see the clones as a part of hers, she could start fighting beside them instead of against them. Besides that, I honestly believe that Rachel’s curious about the other clones, but she has no idea how to communicate in a way that doesn’t seem abrasive.

Sorry kiddos, can’t predict the future, but I sure can see a spot for Rachel in our weekly viewing hearts. Everybody had a bumpy start before their initiation. Sometimes, it’s hard to even like Sarah, and she’s the main clone. So, what do you think? Could you see Rachel joining the rest of the clones? Could you actually see her being likable?