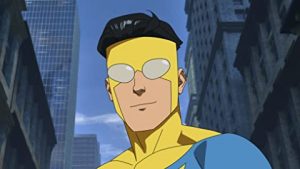 Invincible Is Not Remotely What The Ads Said

The advertising for Invincible was deceptive. From what little was shown, I figured it would be a generic superhero show with maybe some twist to it. But the first thing I see is the M-rating for violence and sexual themes.

And that got my curiosity. But even then, the show tricked me. The first few minutes, heck, most of the first episode, is a little boring, seemingly derivative, and takes too long to progress. It lowered my guard and made me assume it would just have gnarly fight scenes, and maybe some light sexual content. 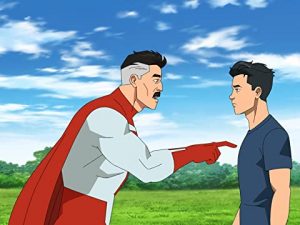 This Show Will Completely Blindside Its Viewers

This show is a Cabin in The Woods level trick. It wants to mess with you. I recommend you read no further to get that experience. Spoilers ahead for those who don’t mind.

For those still here, the reason to watch Invincible is that it’s secretly a murder mystery series (though the audience knows who the murderer is) set in what’s essentially a fan-fiction satire of D.C.’s extended universe. Nearly every character is a warped version of someone like Batman or Superman. It has much more in common with a horror movie than what I would’ve ever expected. And I mean that down to the level of gore, senseless death, and realistic exploration of what superpowers can do to fragile human bodies.

The show keeps itself interesting by stacking larger and larger interlocking mysteries and interpersonal drama. The generic plotline of the main character is the most normal thing about it, but even that is twisted into a war story about losing innocence. However, the show gets its truly engaging bite from the surrounding cast. 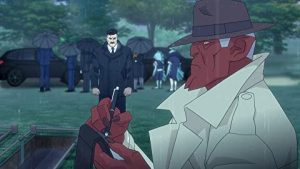 Invincible Has A Great Roster Of Super Characters

I’ve recently spoken about J. K. Simmons being one of my favorite actors, but here he voices the most interesting super-character I’ve seen in a long time, Omni-Man. The slow build-up of slight oddness and mildly concerning actions crescendos in the mesmerizingly gory revelation of the real plot.

But Omni-Man is not the only engaging character here. While I don’t like the superhero names or how sexualized the teenage characters can be in the series, the actual interactions and acting are awesome for most of the cast. I want to give special props to Eve and Robot. The first does not have a lot yet to her plotline but is just a cool and competent hero who works as a great grounding agent to Invincible’s naivety. She also has a fun power used in creative ways. Robot, voiced beautifully by Zachary Quinto, has a different, more curiosity-based appeal. His measured and calculating demeanor becomes even more interesting at the end of episode 3. 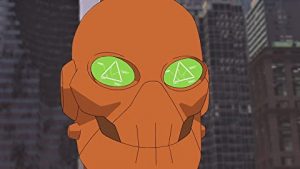 But now that I’ve given the show its positive dues, I must mention more issues with the series. The first is that the gore is nasty. It doesn’t bother me much, but if you are not comfortable seeing people explode and turned into pulp, then do not watch this series.

The second is that the show is just not great looking.

Like, the fight animation can be impactful and fun, and the show likes to communicate how cool it is to fly—but that’s where all the effort went. The biggest notable example of this is the frankly ugly CGI used for larger shots or when the characters are further away. It likely saves a lot of time and energy, but it ruins the style and immersion of the series. 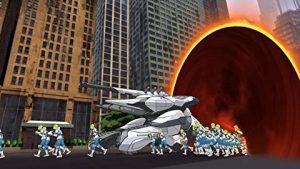 But it really is easy to ignore that when the plot gets going. When the storytelling is at peak subversion, when the tension ratchets up another layer as someone closes in on the mystery, Invincible is a thrill ride. I worry the trickery in its marketing will prevent as many people from seeing it as they should, but for those who take the chance, they’ll find a brilliant and engaging piece of subversive media. 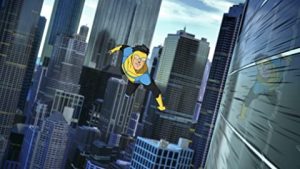