Into The Spider-Verse Is A Masterpiece

Considering the movie already won an Oscar, I don’t think I need to push too hard on getting you watching Spider-Man: Into the Spider-Verse. But, just in case you haven’t heard this: you need to see this movie. It’s a comic book given the animation treatment, and it does it without losing the aesthetic, the power, or the trappings of the form.

Let me make this clear: the story and the themes and the characters and all of that are excellent, but they still get overshadowed by the animation style that is both spectacular and something new. Spider-Verse doesn’t look like any other movie. It’s wholly a new thing visually, and it’s something I never knew I needed, but demand for the rest of time. 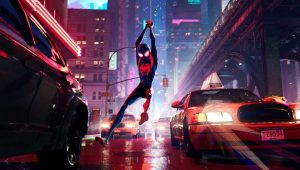 It’s kinetic, frenetic, and utilizes a free-flowing motion to everything while keeping scenes coherent that genuinely makes it feel like you’re swinging along with Spider-Man.

And it doesn’t matter if you’ve seen anything about Spider-Man before—though it certainly helps—this movie is a masterpiece all the same. The soundtrack is pitch perfect. The scene involving “What’s Up Danger” by Blackway is stunning. 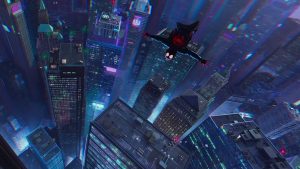 It’s so beautiful and varied and slick. The editing and pacing are just as impressive. The scenes don’t ever lurch but move along with a glide that never lingers unnecessarily. Spider-Verse knows you’ve seen enough “new school drama” plots and know of the general gist of those story bits, so it doesn’t bother dragging along with it.

I can’t believe I waited as long as I did to see it.

Spider-Verse does the thing art is meant for: it leaves the viewer better in some way than it left it. Yeah, it may seem silly for me to be lumping such a lofty thing on an animated superhero movie. But, long ago now, superheroes became something intrinsic and embedded in our culture. And Miles Morales is a hero that I can feel myself rooting for without a shred of cynicism. I have an itch to read his comics. Turns out, Peter Parker isn’t the only Spider-Man worth seeing.

Into The Spider-Verse: A Spider-Man Fan’s Treat

Superheroes may be escapist, but they also give hope that anyone, even those beaten down by circumstance, can save the world.

And I can think of no more important a message.

While the Oscar may not be the perfect measuring stick for a film’s quality, like Wall-E and Zootopia before it, Spider-Man: Enter the Spider-Verse deserves every bit of acclaim it is getting, and more. 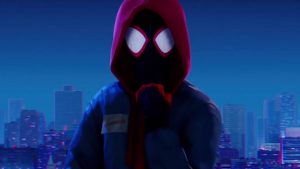