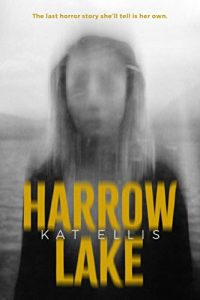 Harrow Lake Wasn’t What I Expected

Calling Harrow Lake a disappointment is perhaps too strong a phrase, but the book does fail to deliver in a few key aspects. There was a missing ingredient, a piece withheld, that made it appear mismanaged.

This is perhaps because Harrow Lake’s a book with a deep connection to several metaphors. And books being like that can cause an unsatisfying literal narrative. Things are happening in service to a meaning. Whole scenes can technically be mood pieces. I read this book to be scared or at least creeped out, but even the scary parts are in service of the messaging, which dilutes their in-the-moment visceral impact. There are ways to marry metaphor to monsters and get the benefits of both, but Harrow Lake doesn’t have that spark.

But how’s the book if we interact with those metaphors? Well, that’s where it gets more complicated. Harrow Lake is about abuse. All forms of it. How it ruins lives, deeply scars people, and traps some in its choking squeeze. However, the book never goes as dark as it could with that topic, and it’s not my place to speculate on its realism. I can only go into how this depiction of it influences the narrative. And, in that regard, it does tie itself neatly around the book’s heart. Nearly every character is a victim or perpetrator of abuse, and it only gets more sinister as it goes.

For instance, it certainly affects our main character. From page one, you see how outside trauma warps her sensibilities, mental state, and self-perception. She’s got an internal monologue that’s deeply concerning. Lola Nox manages to be both an engaging character worth rooting for and another way for the narrative to explore its topic.

The other character worth mentioning for very different reasons is her father. We get little direct interaction with him, but I’ve never read a character quite like Nolan Nox. Much like how I was impressed with Horrid’s portrayal of a relationship between a child and parent, Harrow Lake plays a similar trick. Through memory and inner monologue, we get a disturbing relationship between two people, and it lends the book its most biting dramatic undercurrent.

But this is a horror book, meant to scare, not a drama, and that’s where my criticisms arrive. The things we don’t fully see—the abuse alluded to—are horrific and sickening, but that’s not the main horror on display. Again, yes, it’s mostly metaphor—but Mr. Jitters gets the “screen time.” Mr. Jitters, a Babadook knockoff in both being a mostly thematic monster, and in his literal description, is simply not given the weight needed to make him frightening.

Another thing that doesn’t quite land is the twists and turns. The book likes to include scenes to confuse and obfuscate what’s happening. This, at first, feels creepy and unmooring, but swiftly devolves into what feels like a mystery for the sake of it. Perhaps I missed a few reveals, but it doesn’t even feel like all the questions were answered in the end—making some mysteries simply filler and confusing or alluded to in such a way that they are hard to unravel.

There Are Lots of Tries At Mystery And Ambiguity

Now, that might make you think that I ultimately didn’t like Harrow Lake. And, I will admit, I’m not ever going to consider rereading it—even if the twists might make more sense on a second attempt. But, for the time I spent with it, I wasn’t not enjoying myself. The character work saves it. Everyone, even and especially the heinous and deplorable characters, lend dynamic energy that makes up for the lackluster scares. There are a lot of interactions that, even if heightened for melodrama, feel real. Had Harrow Lake chosen to dig deeper into that—and tie the horror more cleanly to it—then this could have been a masterpiece. There’s also an underutilized element of how art and fame and superstition affect locations, and thus how those locations affect people, which could’ve further rounded out the story’s core.

Instead, the book feels like mostly creepy set-dressing around under-explored ideas. Its moments of surrealism and better plot reveals coupled with good characters are entertaining enough for a plane or bus trip read, but Harrow Lake is not a book worth chomping at the bit to get ahold of a copy.