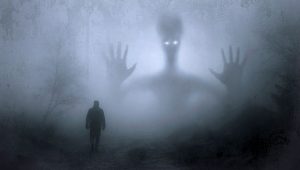 Unlike most of Sci-Fi Blogger’s content, Halloween Highlights is not P.G.13 and is not child-friendly. The content contained within is of a disturbing nature. Videos and written content may cover or show topics such as violence, gore, sexual themes, dismemberment, and all manner of other frightening and unpleasant things. There will also be swearing and other “naughty” language. If you are of a sensitive nature or do not wish to view or hear this sort of material, then check out a different post. Halloween content of a tamer nature will also be going up on Sci-Fi Bloggers, and we recommend you view that instead.

I’m not kidding. Don’t scroll down if you don’t want to see some seriously messed up stuff.

Gaze Into A Face Of Halloween Frights

I hate that little monster. It’s my worst nightmare. I could barely sit through this and only managed by looking through my arms, which I had defensively up to my face.

But, then again, I was spoiled to the ending.

I sat there in anticipation of that little shit looking at the camera and using the kid’s voice.

And it was torture.

My heart thudded, and I could barely sit through it.

Which means this is some good horror, right here.

To my mind, the Mimic, as a story, works on such a basic, visceral level. It’s scary because of the idea of hearing someone call for you from another room—and then it not being them. Something so mundane being paired with a horrific death, instantly, incites a level of paranoia that I can attest is lingering.

I can only imagine how horrific this would be for someone that doesn’t know what’s coming. They’d likely jump out of their chair.

But it’s in the subtle details that make this even worse.

For two minutes of video, there’s a lot of story going on here. A family in a new house—that’s important. They’ve only been there for a little while, they are not unpacked.

In rapid-fire order, here are some implications from that.

The Mimic lived in that house before they did.

Likely the Mimic killed the last people who lived in that house.

The Mimic listened to them enough, likely over the course of the day, to figure out what they sounded like.

The Mimic, at least partially, can move around the piping or otherwise remain hidden, despite being the size of a small child or large dog.

And that’s not even all the things that come across from just a short video. It’s masterful. Like, for instance, the thing giggles at one point.

And lures the husband away so it can kill the wife.

This tells us a few possible things.

It tells us that the thing is fucking with them, for fun. Because it could have killed them all in their sleep, it had no reason to divide and conquer. It mostly silently took out the wife—so it can do that easily. Luring the dad away, luring the kid toward it, the way it acts, there’s no reason—if it simply eats people for food—to do what it does.

God, I hate this thing. I cannot help but imagine it jumping out at me as I write this. 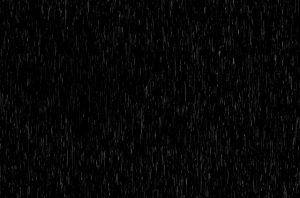