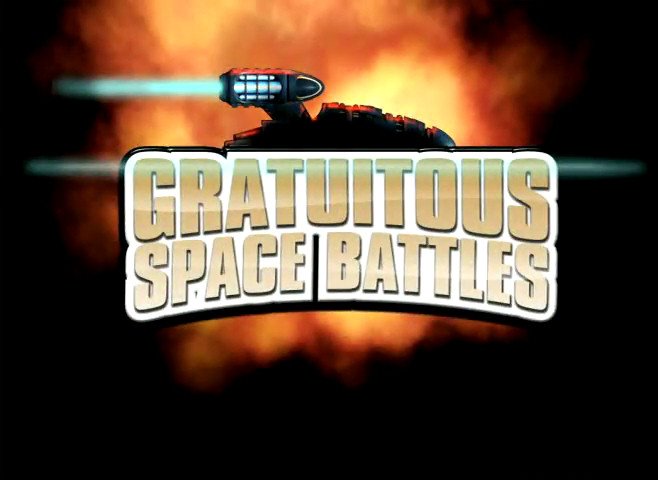 Gratuitous Space Battles is an indie game for the PC.  It is exactly as the title describes it, gratuitous battles in space.  You have access to a number of different races, each of which has their own ship classes, though most of these are pretty much the same.  You choose what components you want to add to each ship.  You can add armor, shields, weapons, engines, crew compartments, power generators, and more.  Then you choose which ships you want to send on a mission.  Each mission will pit your ships against other ships and you will watch as the two fleets tear each other apart.

This game is a lot of fun.  It is wonderful to build your ships and then watch them in action.  Massive fleets battling massive fleets lead to epic firefights that are beautiful to watch without being too hard on your computer so that you can still run it even if you have pretty low specs.

Unfortunately, there aren’t as many parts as there should be.  You run out of new parts and interesting combinations quite quickly.  You easily find out what works and what doesn’t.  From there on it’s just a matter of using what works.  The  game doesn’t go as deep as it should, or could.  Look at Naval Ops Commander for the PS2.  Now there was a game where you could customize your ship.  This just has a few slots that you can place things in.  I quickly found myself tiring of the editor  not to mention how hard it is to keep track of the ships you’ve made and how it’s pretty much impossible to organize them.

The real problem with Gratuitous Space Battles lies in how quickly the excitement wears off.  For a while it feels like the best thing ever, and then after around 24 hours of play it hits a wall and it feels like there’s absolutely nothing else to do with it.  The point behind the game was not to have any boring or unnecessary storytelling and just get to the battles.  The problem with that of course is that once you’ve experimented with everything, there is no more for you to explore.  There aren’t any goals, for instance.  There aren’t any objectives.  Perhaps with more parts and more interesting ship designs, it could be a better game.  It is a great start that delivers a great concept and a lot of fun, but it just couldn’t hold my interest for very long.