First of all, is everyone okay? Yeah, it’s all right, we’ll get around to that, don’t worry, but first…

Things are finally heating up at the Wall, where we’ve been waiting all season for something to happen. Seriously, all season: the Wildlings should have reached the Wall a long time ago, but let’s not dwell on that. I was wondering why they were putting Gilly in Mole’s Town, but I guess it’s just to have Ygritte spare her.

So Gilly’s okay, she hid from the Wildlings while they raided Mole’s Town. Sam thinks that she’s dead, but he’ll be pleasantly surprised when they are reunited, I’m sure. I’m wondering if they’ll have her comes back before or after the battle. Oh, it’s coming. We all saw the previews, right?

I suppose someone’s wishful thinking of Grey Worm and Missandei hooking up might not be too far from reality. No, they can’t technically have sex, but I remember a random Unsullied in the books who would visit a brothel just to have a woman hold him. Maybe they’ll have a cuddling relationship? Don’t mean to ruin things for you, but Missandei is actually only around eight in the books. 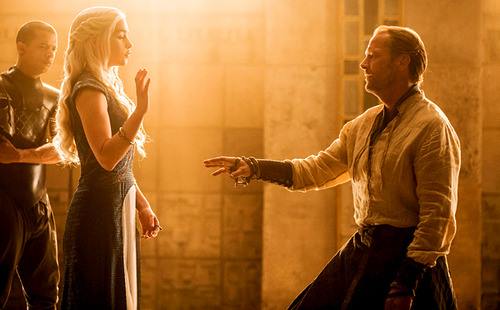 And now we say goodbye to Ser Jorah Mormont. I’ve been waiting for this all season, and I was partially worried that they were going to find some way around it. Nope! Jorah betrayed Daenerys a long time ago and she finally finds out, banishing him from Meereen. Will we see more of the old bear?

Theon Greyjoy—sorry—Reek, convinces the ironborn men at Moat Cailin to surrender to Roose Bolton. Once they do, however, Ramsay does what he loves best and flays all of the men. As a pat on the back, Roose decides to name Ramsay a Bolton instead of calling him by his bastard name of Snow. In the book, Tommen signs an order to have his name Bolton long before they take back Moat Cailin, but okay.

So, you thought that Sansa was going to turn in Petyr? For the previews are dark and full of deception.

I don’t understand why they had to have Sansa reveal her true identity. She’s still Alayne in the books. They completely omitted Lysa’s singer, who Petyr originally blamed for her little trip out of the moon door.

Instead, they claim suicide, which makes sense because Lysa has been very bipolar. Sansa has begun to learn to play the Game of Thrones, just as I predicted. I think that she will ultimately be Petyr’s demise, and I don’t think that Petyr will see it coming. To him, she’s just a stupid girl, easily manipulated. To me, she’s Sansa Stark of Winterfell, no longer the naïve child that she was in the beginning of the series. 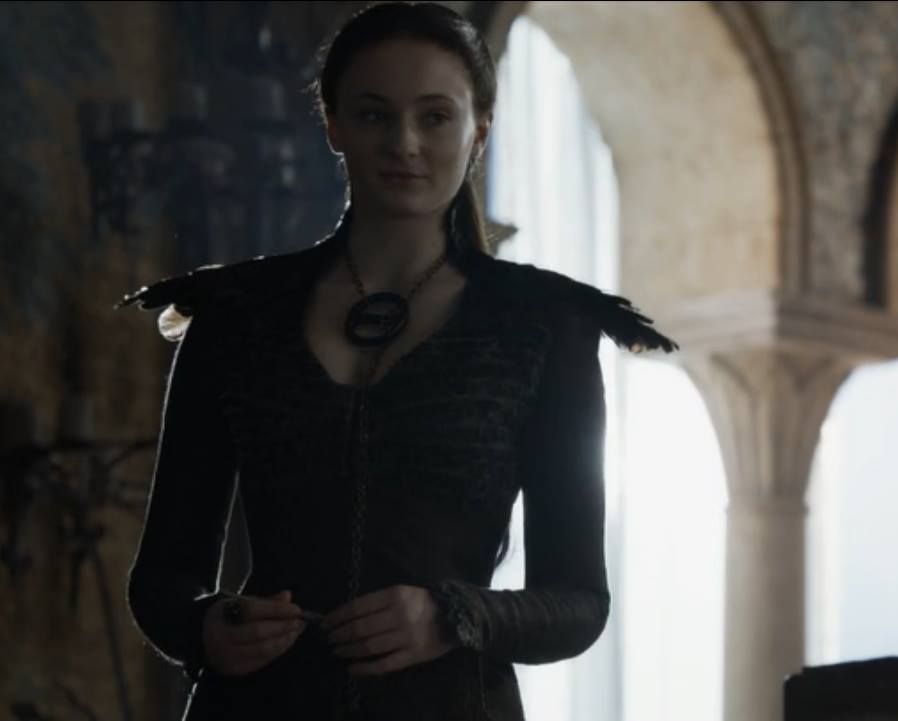 Petyr convinces Robin that he has to leave the castle, because people die all of the time—even over their own chamber pots. I don’t know if they truly show how huge the Vale is, but they want Robin to leave the castle and go out and learn things that manly men do. Sword fighting, horseback riding, all of those things that could possibly get him killed? I theorize that Petyr’s plan is to eliminate Robin next so that he may rule the Vale.

I was so worried from the previews that HBO was going to pull another sad “Oh, the Stark’s just missed each other.” I thought that Arya might see Sansa from afar or something, the way she was grinning in the images that had been released. Thankfully, they handled it very well and gave us something to actually laugh about in this episode. Upon hearing about the death of her aunt Lysa, Arya just busts out laughing inappropriately in front of the guards at the Eyrie.

I was so concerned when I saw that there was so little time for the trial by combat, but boy did it deliver! Oberyn is cocky, he doesn’t wear armor or a helmet and he’s just drinking wine like it’s another day at the brothel. 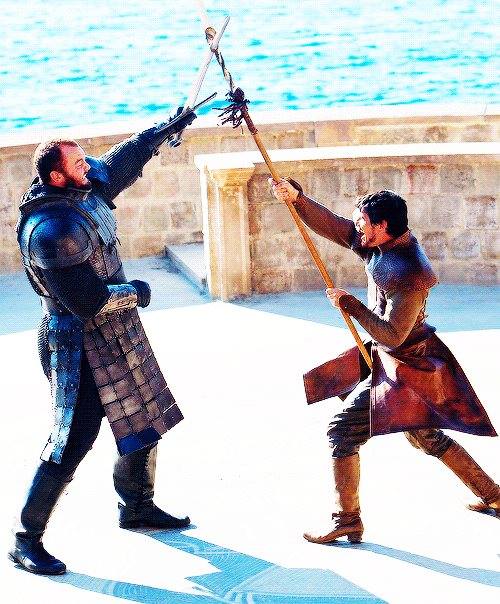 I watched as everyone around me fell in love with Oberyn Martell, the Red Viper, Prince of Dorne. I watched, I listened, I agreed—but damn it, I knew that he was going to die. He HAD to die.

Oberyn was a wild card. He came to King’s Landing to take revenge on the Lannisters for killing his sister, Elia Martell. He didn’t care much about Tyrion, the man that he entered the combat for, but instead he wanted to kill Gregor Clegane, the man who had done the deed for the house he hated.

Even though I knew that it was coming, I still flipped out. I clamped my hand over my mouth, screamed, and got out of my chair to pace around the house. I can’t even imagine what it felt like to experience that for the first time, having absolutely no warning. Was it obvious? I felt like it was a lot more obvious in the show than it was in the books. I mean, they made him so awesome in the show. They built him up the past eight episodes to make everyone root for him. How could he not die? 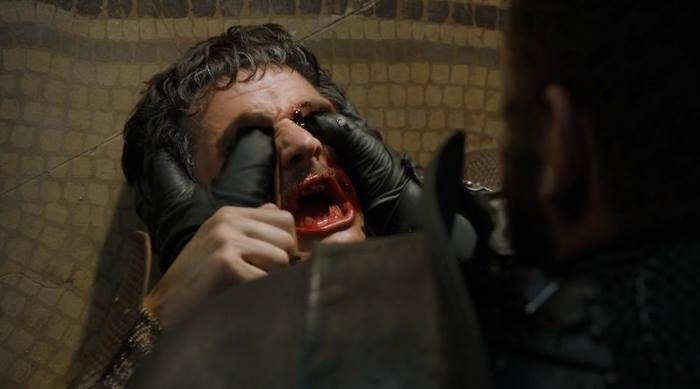 Also, now that we’re talking about what was coming, has anyone seen the great Instagram Lena Headey (Cersei) made? She might be dropping some subtle spoilers. 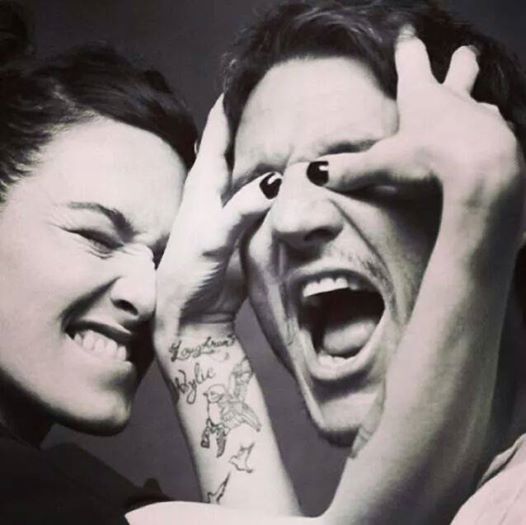 If you enjoyed Amanda’s review, you can see the rest of her work right HERE on Sci-Fi Bloggers. You can also follow her on Twitter @ErukaMoseley.