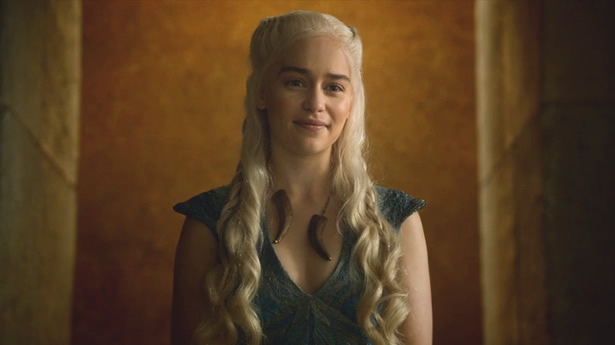 Let’s get something out in the open right away: there were some STELLAR performances in this episode. Alfie Allen has developed Theon Greyjoy into not only a broken character, but also a sympathetic one, now believing wholeheartedly that he is in fact Reek. “Reek, my name is Reek. It rhymes with weak.” (It’s okay if you don’t remember that quote, it’s from the books.) And he isn’t the only one doing a great job this time around: the speech that Yara gives to her men as they sail to her brother’s “rescue” is simply amazing. Though she’s only met Theon a few times, she’s fully prepared to save (what’s left of) him or die in the process. I can’t comment much more on this, as this scene deviates a lot from the books and I’m not sure where they’re going with it.

Also, as terrifying and disgusting as Ramsay Snow is, I can’t help but love every minute that he’s on-screen. For me, he’s like the new Joffrey. I LOVED Joffrey’s scenes. Don’t get me wrong, I hated him and was glad to see him kick the bucket, but man did I look forward to his sociopathic encounters. And watching Tyrion put him in his place was always a special treat. 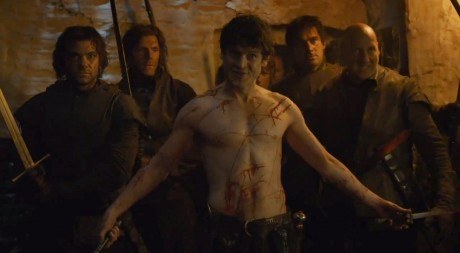 Stannis and Davos go to visit the Iron Bank, which is also confusing to me as a book reader. I was a bit confused last week when they talked about the Iron Bank, because we don’t hear from them until, I believe, book five. I suppose they’re just trying to get the audience used to them now, because reiterating things is very important when one’s recipients of information are absorbing data on a weekly basis. Anyway, Stannis probably should’ve kept better check of his credit score before sailing to Braavos. Tough luck.

So, Hizdahr Zo Loraq has been introduced! Damn, I’m never gonna be able to spell that without looking it up, and don’t even bother asking me to pronounce it. When I read the book, I just pronounced it something like “Hodor” in my head. Oh, and Dany learns that ruling is super tough and that a lot of people want stuff.

Who loves Oberyn Martell? He asks the tough questions. 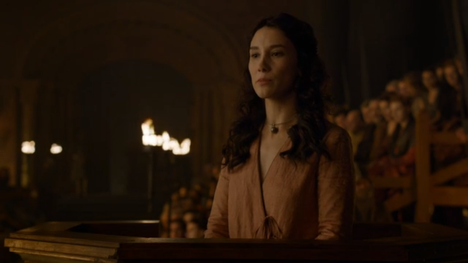 SHAE IS AN AWFUL HUMAN BEING. There, I finally get to say it. I HATE Shae. She’s made out to be such a great person who truly loves Tyrion. No! I’ve been waiting for the moment when my friends would see that she’s a horrible person, and then HBO turned her into this sad, little love-struck woman who was so betrayed. She was not, she is not. In the books, she was all over Tyrion and even suggested a threesome with Sansa. She could not care less that he was married because she has always been a whore. On the day that Joffrey died, she initiated sex with Tyrion and called him her “giant of a Lannister” and then used that to make the whole court laugh at him. Just so we’re clear, I hate Shae.

That being said, Sibel Kekilli puts on a lovely show. “I am a whore, remember?” When these words are uttered, I admittedly feel for this new character who has taken over.

Peter Dinklage is obviously in the running for another Emmy after his performance. I have watched his final scene several times and I just can’t get over how he much this part really defines him. He’s no longer our fun-loving, joking, whoring dwarf. He is justifiably enraged by the treachery that has befallen him, but he will never be defeated. Tyrion Lannister demands a trial by combat, and I cannot wait to see the result. 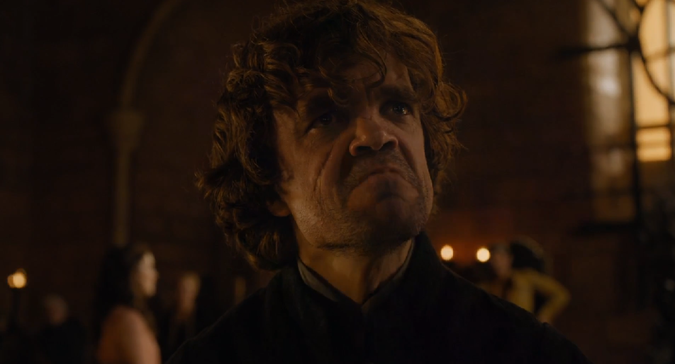