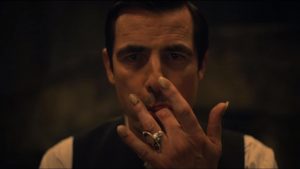 Apparently, Steven Moffat and Mark Gatiss have found their niche in doing slick adaptations of classic literature, because here they go again with Dracula.

And Dracula’s first episode blew me away. It’s so rare now to get a truly gothic and horrific take on vampires and to see gore like this outside Game of Thrones. Dracula, the character, is everything you want in someone like this: suave, charismatic, entertaining, even rather funny in a wholly demented way. He’s like if you blended Damion of The Vampire Diaries and Sherlock’s Moriarty and then made him way more menacing.

Vampires can be sexy, sure, but this show gets across how animalistic and deranged they can also be. The show even bothers to use some of Dracula’s lesser-known powers, including turning into a wolf.

That’s all great—and the actor does a bang-up job. 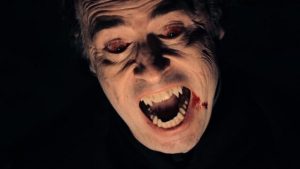 Dracula Is Characterized and Performed Perfectly

It’s another character that has a little too much Steven in there.

I can’t really spoil much here, but they put Sherlock into the show. This time she’s female, but she talks with the same cleverness, somewhat the same way of presenting information, even to some degree the same arrogance. That’s not inherently a problem but knowing the background of the show makes it seem a little derivative and showboating. They even seem to cheekily reference past-version Sherlock. 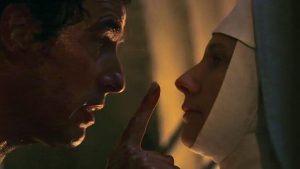 Dracula Carries A Little Too Much of The Past

And that’s not the only thing that shows Steven is being wildly himself here. This show has twists. Classic, mind-warped twists. Though I don’t usually dislike that, it’s seemingly so unnecessary here. I don’t mind just a good, well-paced, classic gothic horror story. It doesn’t need to have slightly too modern dialogue and shocking reveals for the sake of them.

It doesn’t need to get too obsessed with its own cleverness. Not again. Dracula has real potential, and it’d be a shame for that to be lost.

I didn’t know I wanted something like this: something horrific and yet very breezy. This is pop horror at its finest and does something good for the genre. Dracula is such a monster in this show, such an actual scary threat, that vampires are almost redeemed in my eyes.

If you’re in a horror mood, or if you want just good television, Dracula is a bloody delight. 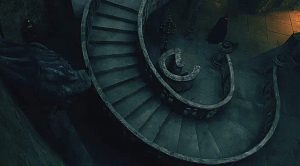