I haven’t given up on DC. I’m one of those people that didn’t despise Batman V Superman, and I’m still pretty psyched to see them team up with a few more players. Let’s see what Warner Brothers decided to do with the first trailer:

Not surprisingly, Ben Affleck’s Bruce Wayne is the least exciting character we see, but he’s not bad. I like his team up with Gal Gadot’s Wonder Woman and I look forward to more of their exchanges. Jason Momoa looks doooooooooope. I was excited and now I’m pumped and probably buying a ticket solely to see his version of Aquaman. Then there’s the new Barry Allen. Ezra Miller has a tough job for this film. People freaking love Grant Gustin’s Barry Allen on CW’s The Flash and stepping up for the big screen when people are already against you is rough. He delivers though. He’s funny, geeky, and great. I’m not loving the flashy effects surrounding his character but I feel like those will be toned down in post production. Also, we didn’t see a lot of Cyborg, but what we did looks awesome. Seriously, those implants are working for me. 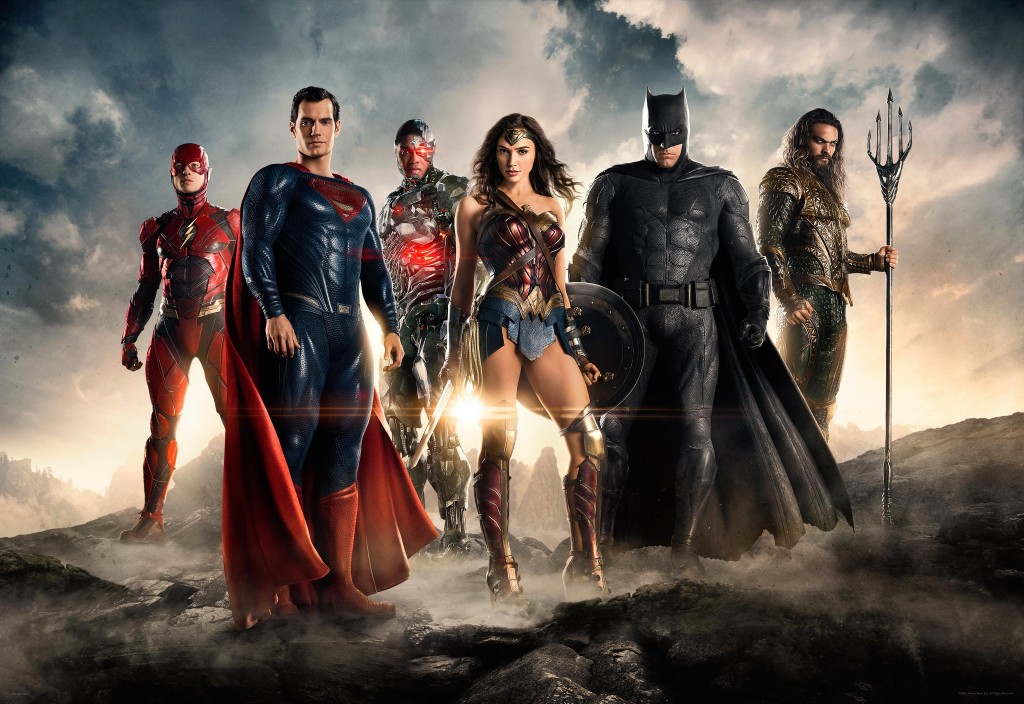 No sign of Henry Cavill’s Superman or Jesse Eisenberg’s Lex Luthor, but I’m sure they’ll pop up. Probably in the upcoming (in accordance with WB’s rollout of B V S) way better trailers. The movie comes out November 17th, 2017.