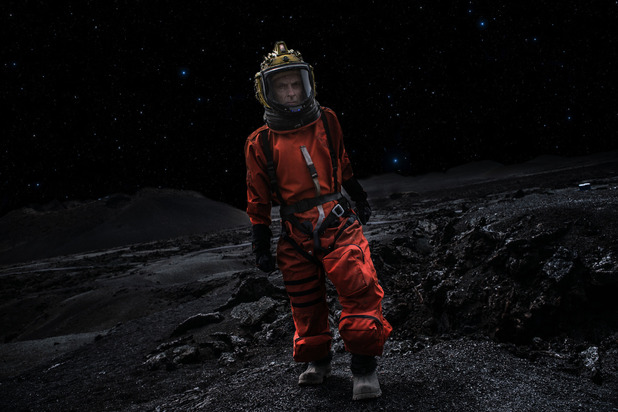 What is it about that orange suit that causes me so much anxiety?

I have mixed feelings about “Kill the Moon”. First, I’d like to point out that it’s not the Doctor’s job to tell people that they’re special. Courtney can find her footing all on her own.

I loved the fact that an important decision needed to be made about the fat of Earth and the Doctor left it completely and totally up to the humans (three women, I might add). That was wonderful. He dashed away in his TARDIS and gave them forty-five minutes to decide: the possible fate of the entire planet, or an innocent life.

What I did not care for was WHAT they were deciding on. The moon is an egg? C’mon, Moffat! Really? The moon is an egg and it hatches, releasing a giant dragon-like creature that lays another egg (moon) and flies away. Were you rushed for time on that one?

Clara’s overreaction was whatever. What is her deal with slapping? Something like, I’ll slap you so hard you regenerate. Great line, too bad we’ve already had her “that’s the look on your face when I’m about to slap you!” line at the beginning of the season. 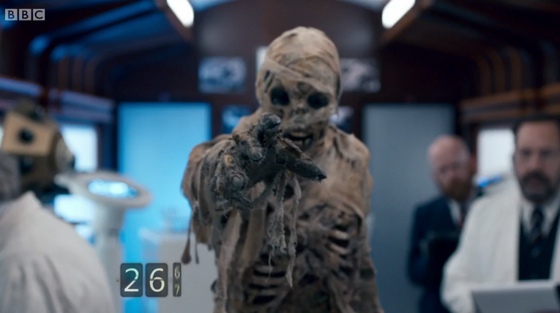 Did anyone notice how the previews made damn sure not to show Clara? And then the episode begins and it’s like, hey Clara! She’s definitely an addict. This was a pretty typical episode, and I absolutely loved the references. Jelly babies and “Are you my mummy?” were both greatly appreciated.

I’m wondering if we’ll see all of the people that have died in the presence of the Doctor by the end of the season. While there was no Missy or her Nethersphere, the Doctor allowed people to die. Making the hard decisions since 1963, there must be a reason that there has been such a large body count. There have been so many deaths at this point, it’s as though that IS the point of this season. What do you think?

Nine must have really meant it when he said, “Just this once, everybody lives!” Just. This. Once.

Are you my mummy?

The Curator (Tom Baker) really meant it when he said we might be visiting some old favorites.

So I suppose the only question (barring Missy) is, “Will this be Clara’s final season?” I think so.