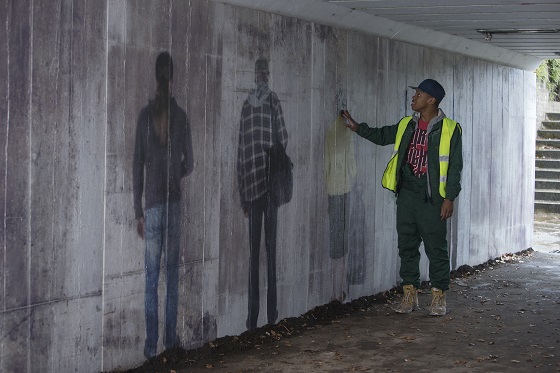 I love the fact that the 12th Doctor says how he feels. When the TARDIS began to shrinks and Clara was complaining about his fascination by saying that it was annoying, he responded with, “This is annoying” and gestured towards her. This Doctor is more like Sherlock. It’s just that Capaldi doesn’t have that goofiness like the 11th Doctor to offset the bluntness.

I feel like the whole point of this episode was to show that Clara is getting so very good at lying. She took on the role of The Doctor while evading Danny’s phone calls with constant lies and convincing the Doctor that Danny knows well and good that she’s still traveling in the TARDIS. That’s enough lying to give someone an ulcer.

“Flatline” was a pretty all right episode, definitely high up on the creepy factor. Can we all just take a moment to appreciate the Doctor’s 2D restorer? The 2DIS. He’s standing there like, “Get it? 2DIS?” And she’s just like, smh.  One of the best moments was when the Doctor couldn’t move the TARDIS and Clara was like, “Can’t you just Adam’s Family it?”

The Doctor’s speech to the “Boneless” was so wonderful. “I am the Doctor, and I name you ‘The Boneless!'”

By the end of “Flatline”, we got this constant nagging from Clara for the Doctor to just compliment someone. While he did tell her that she was exceptional as the Doctor, he reminded her that goodness has nothing to do with it.

As far as “In the Forest of the Night”, I really dislike children… I will be the first person to say that I hate kids. With that said, the Doctor’s interaction with children is so hilariously wonderful. 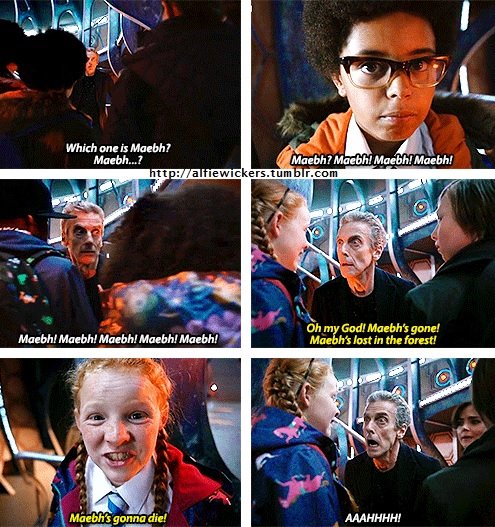 I feel as though I have the same complaint every single episode. The acting is impeccable, but Clara is exceedingly obnoxious and the writing is severely lacking. Series eight is the first season with the 12th Doctor, and I love him. My only concern is that the writers are just not doing him any justice! The end of the episode where Maebh’s sister was hiding behind the bush all along? What the hell was that all about? I just don’t get it.

I know that it wasn’t actually a 456 reference, but when Maebh started speaking for the alien? I was like, I cannot handle this. Torchwood: Children of Earth was my favorite season, and to see a return of the 456 (and Jack please) would make my fangirl heart explode. Maybe in series nine.