And we’re back! Let’s find out who’s been murdering women in Bon Temps.

After causing some tension between Amy and Jason, Amy kills Eddie. Jason initially kicks her out but decides that they should try to work things out. Amy convinces Jason to do V for one last time and they have this cool dream together where they’re running through a field in the pouring rain in the bright daylight, when our friendly neighborhood murderer strangles her. She floats away from Jason and he’s left sitting in the field, laughing. When he wakes up, she’s dead.

He’s hauled off to the police station once again to be questioned about another murder that he didn’t commit. Detective Andy tells Jason that he knew all along that that Jason was the murderer and they try to get him to confess. Jason himself is convinced that he was the killer, but he doesn’t remember what he’d done. While they’re putting Jason in a cell, one of the girls that work at the station is pulling out papers from a fax machine. Distracted by her gossiping on the phone, she doesn’t notice that the picture of “Drew Marshall” that Sookie was looking for is Rene.

Jason is confronted by the Fellowship of the Sun who want him to join the church, and tries to convince Jason that killing those women wasn’t so bad because they weren’t “pure.” He gives Jason some literature and informs Jason that the church has started a fund in his defense.

Tara’s having a lovely time at the extravagant home of Maryann (the woman who bailed her out), enjoying all kinds of food laid out beautifully, a gorgeous pool, and a cute guy with a guitar. She meets Benedict, who goes by the nickname Eggs and they hit it off right away, both staying at Maryann’s until they get back on their feet. Tara confesses that she is suspicious of Maryann’s generosity, but Eggs is convinced that it’s all innocent and legitimate.

And then we get a shot of Maryann with the giant pig, doing some weird shaking thing in the backyard.

Rene is off in Jason’s truck, singing off-key, and scoping out Merlotte’s trying to find out if anyone had caught on yet. Sookie, hearing everyone’s angry thoughts about her brother, goes off alone for a drive to clear her head. Except her car won’t start. Rene shows up to take a look at her car and offers to give her a ride home, then staying with her so she won’t be alone.

Sookie mentions that Rene’s thoughts don’t have an accent, which she doesn’t seem too concerned about. Meanwhile, Arlene catches her children watching a sex tape of the first murder victim and a vampire. They confess that it was Rene’s, and Arlene finds another strange tape in the box: Cajun Dialect for Actors.

Sam finds Rene’s vest left behind in one of the booths and recognizes the smell from the sheets of one of the murder victims. Yeah, he got all weird and rolled around in the recently deceased sheets, I forgot to mention that earlier. He quickly runs to Sookie’s aid!

While Sookie’s fixing Rene a glass of sweet tea, she begins to see his thoughts: her grandmother being murdered. Commence the Rene vs Sookie run! We see flashbacks of Rene murdering his sister for sleeping with a vampire, and all of the other women that he’s killed since. 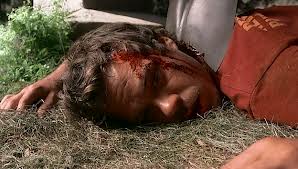 As Sookie runs into the graveyard, Bill awakens in his coffin and ignores the burning sun as he rushes to help her. As Rene attempts to strangle Sookie, Sam in his Dean the Dog form attacks Rene and then turns back into himself once he’s knocked out. Rene gets distracted as he begins beating on Sam’s unconscious body and Sookie grabs a shovel and does us all a favor. Impale someone with a shovel much?

She then sees the smoking body of Bill Compton and watches Sam bury Bill in hopes that getting him out of the light will save him. 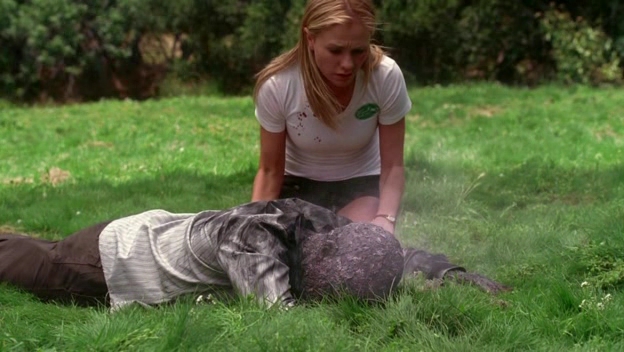 When she wakes up, Tara, Sam, and Lafayette are all around her while she’s hopped up on drugs. Arlene shows up sobbing and unable to speak, overcome with guilt that her fiancé was the one who tried to kill everyone.

Tara goes back to Maryann, who Sam obviously knows. “You think I wasn’t gonna find you? You silly, silly dog.” 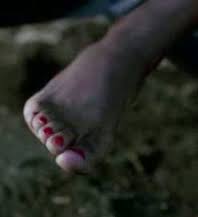 The season ends with something obviously not human coming after Lafayette while he’s taking trash out to the dumpster. Bill is still here, fully recovered from his sunburn. Vampire marriages have been legalized in Vermont. Reverend Steve Newlin gives a sermon about the power of the sun to kill vampires, and Jason is in attendance. Eric brings Jessica back home to Bill, because she is extremely annoying. Andy, depressed about failing to find the real killer, drunkenly looks for his car parked in the wrong spot with a dead body inside. All we get to see is a African American’s foot, and I believe it was supposed to be Lafayette’s.