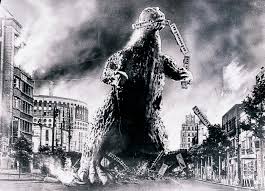 In less than three months, the most ferocious lizard in the history of cinema will be making its epic return to the big screen. I’m of course talking about Godzilla, the well known kaiju (a Japanese word literally translated as “strange beast,” generally used to indicate a giant monster) created in 1954 by the hands of Ishirō Honda.

The storyline of the new film, being released on the occasion of the creature’s 60th anniversary, is essentially the same as the original’s, wherein a massive radioactive beast threatens life as we know it, destroying everything in its path. Even with such a cliché plot, there are still good reasons to invest money and time in this summer blockbuster. In fact, even if the story remains largely unchanged (and, let’s face it, it wasn’t very complex or original to begin with), there will be some things that, at least in theory, give a fresh new look and feel to the movie as a whole.

First of all, there’s the film’s overall visual quality. Thanks to the technological advancements of the past few decades, Godzilla and the cities he lays waste to won’t simply be images on a screen. Instead, we’ll get to experience a more (visually) realistic scenario, placing us in the center of the chaos that unfolds. 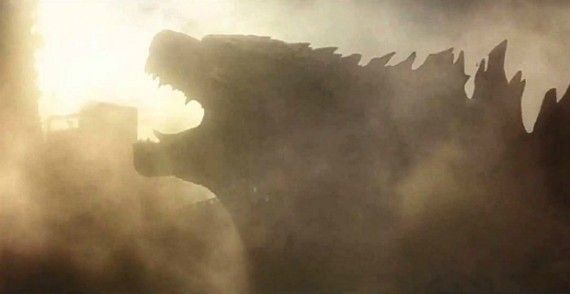 Indeed, the use of special effects will have a very strong impact, especially on Godzilla itself, now designed according to Guillermo del Toro’s philosophy, “The bigger, the better.” We will soon have the opportunity to see the most gigantic monster of all time devastating modern Tokyo in a horrifically lifelike manner.

Also, the director, Gareth Edward (Monsters), has announced that the movie will be characterized by a profound and heavily explored human drama, with a script primarily focused on the story’s emotional aspects and the development of its characters. It will be brought to life by Aaron Taylor-Johnson (Kick-Ass) as Lieutenant Ford Brody, along with the Golden Globe and Primetime Emmy Award winning Bryan Cranston, who will play the part of a scientist named Joe Brody (the former’s father).

Another new entry will be connected to a very realistic and modern, but still unknown, problem: the birth of the creature will no longer be connected to the “atomic bomb testing” but to a more contemporary issue. Also, Godzilla is not just some bestial menace. Here, he is portrayed as more of an anti-hero who incarnates the wrath and power of nature, bringing the level of the battle to “Man vs. Nature.”

The concepts presented are intriguing. Of course, when sitting in the theater, we have to keep in mind the fact that we are, regardless of any nuances introduced, about to see a film about a giant monster blowing everything to bits. No matter how “deep” the story gets, buildings will come crashing down and people will be getting smashed. This ain’t The Shawshank Redemption.

Still, there is something comforting in knowing that, whatever happens, we’ll at least be reuniting with our big ol’ buddy. You’ve been missed, Godzilla, you’ve been missed.