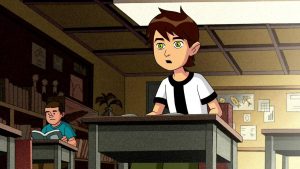 Ben 10 Is A Fine Show But Not That Great

Sadly, the old shows cannot all be winners: the first episode of Ben 10, while not terrible or bad by any stretch, was not the masterpiece of fun sci-fi that my nostalgia goggles showed me whenever I thought back. It really had such a good gimmick, though. In modern-day media, Ben 10 would be a somewhat rote thing, but back then it was an excellent plot idea for a kid to have access to a whole range of superpowers—with some serious drawbacks as well, which is a fun twist you don’t see as often. 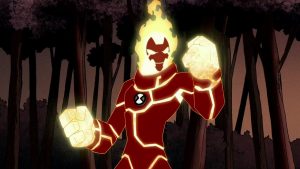 Ben 10 Had A Genius Gimmick That Elevates It

But the actual delivery of the show is pretty bog standard. The twist that Grandpa knew about aliens was foreshadowed much harder than I ever recalled, and the dialogue is basic, and the action scenes are not…good. It’s a clever budgetary trick relying on a comic book dynamic pose “money shot” with sound effects, but to a modern-day audience, it might come off as lazy. Danny Phantom also had this same problem. 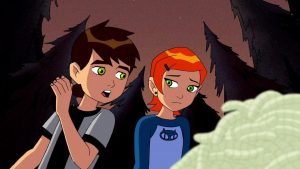 But, let’s back up: this is an intro episode. How well does it introduce? Are the characters effectively established? Well, Ben is pretty good. You get a solid sense of his character, and I must give credit to the voice actors who do the various aliens. Not only do they have a strong presence with their respective alien transformations, but they also do a good job of still talking like Ben. He’s a simple pre-teen, and the level of freak out towards anything in the first episode is way more muted than is logical, but he’s likable and easy to project yourself on if you’re a kid his age. Gwen and Ben have a funny interplay as well that’s very accurate to siblings. Grandpa, though, is stilted. He just seems out of touch and awkward, and the voice performance I recall being a lot better. 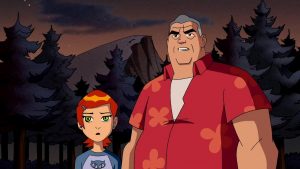 Ben 10 Has Fans For A Reason But Is Just Okay

So, the first episode is a wash; it’s middle of the road. They give you four aliens right off when maybe that could’ve been milked more. But I do see why it lasted as it did, and why they keep remaking it. The lore is fun; the idea is fun. With the expanding roster of aliens, they can always write something a child audience would enjoy. If you’re feeling nostalgic, give it a watch. Ben 10 is inoffensive and casual and relaxing, and I can think of much worse uses of time. 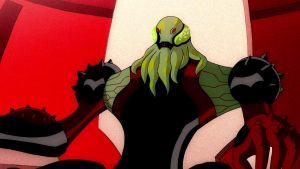