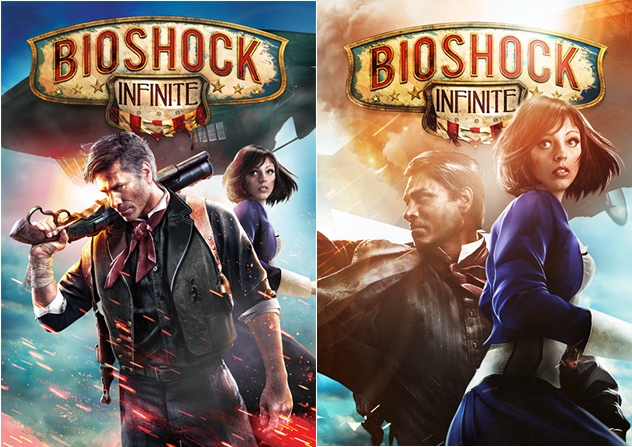 Bioshock Infinite came out on March 26th, 2013.  It is the latest game under the Bioshock name, though the story has no real connections to the previous two games.  This game, unlike the second Bioshock, is capable of following the original which came out years before.  This game has been a long time in the making and it shows.

Bioshock Infinite is a First Person Shooter, just like the previous two games.  The player has access to both guns and what are now called vigors instead of plasmids, which allow the player to do things like shoot lightning or a flock of crows from their hands.  Most things are similar, with vending machines providing upgrades and items for sale.  The player can no longer carry extra health kits, and is only able to hold two weapons at a time.  The game focuses more on picking up weapons that you need for whatever situation you’re in, or grabbing a new one when you run out of ammunition.

The first 15 minutes of this game were absolutely incredible, captivating me.  I’ve played through those first minutes multiple times, and I intend to do so again.  I don’t want to spoil that amazing scene, just know that after playing that, you won’t be able to put the game down.

Bioshock Infinite is a pretty difficult game.  Even with Elizabeth tossing you items, in the later areas of the game you can start taking fire from every direction and die incredibly quickly.  I recommend starting the game on medium difficulty if you don’t play shooters all the time.  There is a huge difference in enemy difficulty between medium and hard mode.

The environments in this game are wonderfully detailed, of course making it harder to find all of the side quest materials.  The guide is a good investment for this reason.  It’s really sad that around halfway through the game, maybe a little farther, all of the beautiful city environments turn into ruin, typical of pretty much any shooter.  For the first half though, as you wander around Columbia, it really is fun just to walk around and see the sights.

The gameplay in Bioshock Infinite is good.  I enjoyed it quite a bit, and the skylines were a great addition.  Jumping on a skyline made everything start moving so quickly, you instantly felt like the game was moving twice as fast as you raced along.  That is not what made the game great though.  Sure it was fun using the hand cannon and having Elizabeth open up tears to help me mow down hundreds of enemies, but what really drew me into the game was the story.

The story in this game was well thought out, well put together, and surprisingly deep.  I will write another article discussing the story in detail, which will have plenty of spoilers, but here I won’t go into detail so as not to ruin any of it.  Just know that all in all, it’s a wonderful experience.